Our Changing World for Thursday 7 May 2009 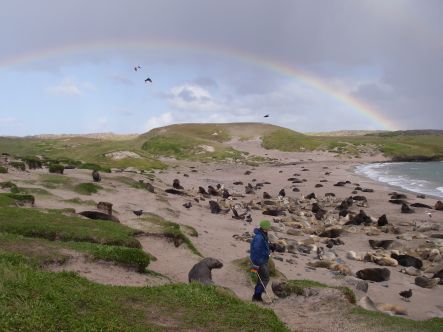 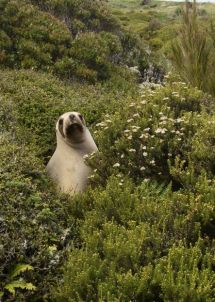 The Auckland Islands are the main breeding ground for New Zealand sea lions. For the last 20 years the sea lion research team has been visiting Enderby (above) and Dundas islands to survey and study the population, and for the last eight years the team has been led by Louise Chilvers of the Department of Conservation.

During the study the population has dropped from an estimated 15000 animals to perhaps as few as 8000 animals. Following the recent change in the IUCN threat classification for New Zealand sea lions, from vulnerable to vulnerable in decline, their threat classification in the New Zealand system has also just been reassessed and an announcement of this change, which is expected to give the sea lions a more threatened ranking, is due in a week or two.

New Zealand sea lions are caught as by-catch in the squid fishery which operates around the Auckland islands from February to May each year. The allowable sea lion quota for this fishing season is 113 animals, and 55 sea lion deaths have been reported so far. 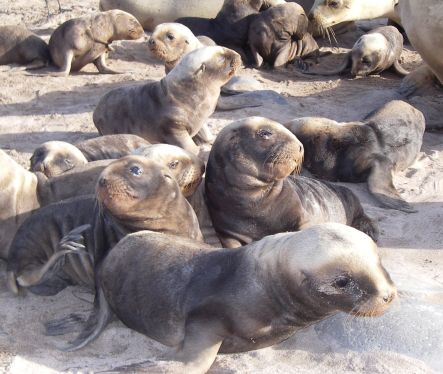 Many natural processes are far more energy-efficient than the methods industrial chemists have been able to develop. Nitrogen fixation is one example, the self-assembling build-up of mineral structures such as bones is another.

Annie Powell's team at the University of Karlsruhe is working on tiny molecules that can be manipulated in ways similar to natural processes. As a result, they have produced nano-scale magnets, which mimic the magnetite crystals many birds use for long-distance navigation. Annie Powell was in New Zealand recently to speak at the AMN-4 nanotechnology meeting, organised by the MacDiarmid Institute for Advanced Materials and Nanotechnology.

Leon Perrie and Patrick Brownsey are botanists with the Museum of New Zealand - Te Papa Tongarewa. They were involved in solving the mystery behind the hen and chickens fern, in which it turned out that there is a native New Zealand species, and another hybrid species which is the one commonly sold in garden centres. Leon Perrie was recently involved in the rediscovery a fern that had been missing for 50 years. Following publicity after the rediscovery of the maidenhair spleenwort he received several possible sightings and has confirmed a new locality with about 70 plants in it, which is good news for the elusive plant. 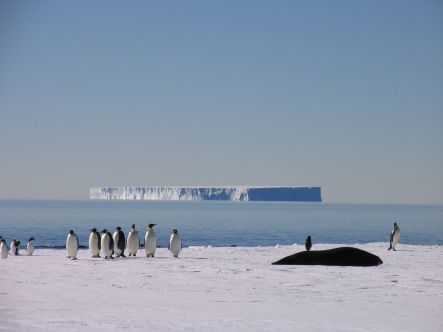 Each autumn, Antarctica becomes the stage for the world's biggest seasonal change when an apron of sea ice begins to grow around the continent. Sea ice plays an important role in global ocean circulation and the transport of heat around the planet.

Over the last million years, Earth has gone through a number of ice ages. Each lasted for about 100,000 years and featured a long cooling phase leading to a glacial maximum which was terminated abruptly by a much shorter warming phase. Between the glacial and interglacial period, global temperatures changed by about six degrees Celsius and atmospheric carbon dioxide levels rose and fell by as much as 100ppm, closely tracking temperature variations.

George Denton, an earth scientist at the University of Maine, is visiting New Zealand next week to present the 2009 S.T. Lee Antarctic lecture about the role of Antarctica and the Southern Ocean in recent global ice ages. His focus will be on the pronounced warming between 18,000 and 11,700 years ago, when the southern part of the planet switched from a glacial climate to the interglacial conditions of today.