Materials that generate electricity from waste heat were one example of innovative research discussed at the fourth International Conference on Advanced Materials and Nanotechnology (AMN-4) in Dunedin earlier this year.

Professor Tim Sands, from Purdue University in Indiana, has developed new materials that can generate electricity from heat energy, such as from a hot car engine, that would otherwise be wasted. These materials could be used to make vehicles and energy-intensive industrial processes more energy efficient, thereby reducing CO2 emissions.

He uses a technology called thermal electrics, which was first described in the 19th century, but is rarely used because it is very inefficient (at around 4 to 5 percent conversion from heat to electricity).

Evolution of Flowers, and Invasive Plants

One of Charles Darwin’s great interests was flowers – or to be more precise, the sex lives of plants. He even wrote three books on the subject. And it’s a topic that continues to fascinate modern botanists. As part of its Darwin bicentenary celebrations, the Royal Society in London held a two-day symposium earlier this week titled Darwin and the Evolution of Flowers. International botanists discussed the influence of Darwin on our understanding of the evolution of flowers, and the proceedings of this meeting will be published as a special issue of Philosophical Transactions B. Among the speakers was Canadian Spencer Barrett from the University of Toronto, who was the William Evans Visiting Fellow in the Botany Department at the University of Otago earlier this year. His research includes the mating systems of invasive plants such as purple loosestrife and water hyacinth.

Tuberculosis is re-emerging as a world health emergency, due in part to its co-occurrence with HIV infection, and the development of treatment-resistant strains of the bacterium that causes the disease. It is estimated that one third of the world’s population is infected with the latent form of TB; of these, each year nine million people will develop the active, contagious form of the disease, and of these 2-3 million will die from their infection. New Zealand scientists have made a number of contributions to the global fight against TB, including the development of more effective drugs.

In New Zealand, the overall rate of infection has been decreasing, but the rates remain disproportionately high in Maori and Pacific Island people. Tuberculosis is spread from person to person through the air and is more prevalent in conditions of household crowding and relative poverty.

However, infection of New Zealanders with TB isn’t the only concern. Bovine TB is considered the most important infectious disease of domestic livestock, with ~$100 million spent annually on control programmes to minimise the spread of the disease from infected wildlife to domestic animals. 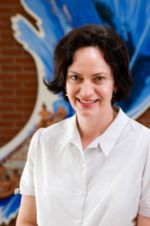 Rebecca Priestley is the inaugural winner of the Royal Society of New Zealand Science Book Prize. The announcement was made by Oxford University professor Richard Dawkins during the Auckland Writers & Readers Festival this week, and this is what the judges had to say about the anthology:

Scientific enchantment: a time machine that takes us into the times, the words, the minds, the passions and the discoveries of New Zealand scientists, and produces thrill after thrill of recognition, surprise and inspiration. The eclectic mix of scientific writing, letters and poetry defies all stereotypes and opens up a world of curiosity, wonder and excitement. The essays offer us not just specific findings and insights, but also a kind of unofficial history of New Zealand, while the poems shine unexpected lights on the scientists and their subjects. Brilliantly edited to show the continuing place of science in New Zealand culture and art.

Listen to an interview with Rebecca Priestley on Nine to Noon.