John Sinclair is Executive Officer of the Helicopter Association; Graeme Harris is the Director of the Civil Aviation Authority; and Ronald Goldman is a US-based aviation lawyer, a pilot, and a former adjunct professor in aviation accident law.

09:30 The increasingly fragmented market for home communication, technology and entertainment

The difficulties of choosing the best home phone, internet and entertainment package in an ever changing landscape. Hadyn Green is the technology writer for Consumer Magazine. Craig Young is the chief executive of the Telecommunications Users Association, or TUANZ.

10:05 Cultural psychologist Paul Rozin on why we like some foods and hate others

From children who won't try a new food even once, to adults who enjoy foods so spicy that the pain of eating them drowns out the taste, why we like some foods, and are disgusted by others, is a complex psychological and biological matrix. Paul Rozin is a prominent psychology professor, based at the University of Pennsylvania, who studies food choice considered from biological, psychological and anthropological perspectives. Dr Rozin is a member of the American Academy of Arts and Sciences and a recipient of the American Psychological Association Distinguished Scientific Contribution Award for 2007. He was an editor of the journal, Appetite, for ten years.

10:25 Book review: Five Sons and a Hundred Muri of Rice: the life of Kharika Devkota, raised as a five-year-old bride in rural Nepal

A young teacher's quiet life in Central Otago is thrown into chaos that recalls the dangers of East Germany life under the feared Stasi. Told by Michele Amas (Part 12 of 12).

Rod Oram discusses diverging strategies in the electricity generation sector, as shown by recent results; and TradeMe's rather disappointing results. 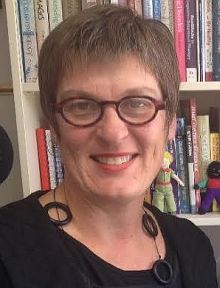 11:30 Resilience and why some people cope with trauma better than others

This week marked the 4th anniversary of the Christchurch and Canterbury earthquake.

New research from the University of Otago in Christchurch with earthquake survivors  is shedding some light on the question of what makes some people cope better with trauma than others.

A group of pyschiatrists and psychologists from the University have been studying a group of more than 100 Cantabrians exposed to high levels of stress during the earthquakes who coped well.

They compared this group against a group of patients with post-earthquake trauma, being treated by the Adult Specialist Services Earthquake Treatment Team, or ASSETT, set up by the Canterbury DHB.

Dr Gini McIntosh from the Otago University is part of the research team, and one of the psychologists with ASSETT.

Gavin Ellis discusses news media are being put under increasing pressure to disguise advertising as editorial content or to hide it through product placement.