09:05 Government to decide today if NZ will send troops to Iraq

The Cabinet will decide today whether New Zealand will send a deployment of about a hundred troops on a training mission to Iraq, to assist in the US-led coalition fight against Islamic State.

The country's top Cancer research organisation is urging the government to step in and fast track the funding of a new generation of immunotherapy cancer drugs, which are being called a revolution in cancer therapy.

Professor Rod Dunbar is the director of the Maurice Wilkins centre of research excellence - which draws together all of this country's  expertise in the field of cancer therapeutics.

10:05 The computer algorithms that run our lives 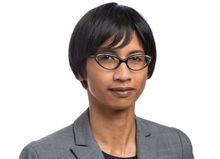 Seeta Gangadharan is a Senior Research Fellow at the Open Technology Institute in Washington DC.

She discusses the automated systems, known as algorithms,  that are replacing human discretion more and more often. Algorithms are a simple set of mathematical rules embedded in the software to complete a task. They allow google to rank pages according to their relevance and popularity when people conduct an internet search, and allow internet sites like Amazon and Netflix to monitor our purchases and suggest related items.

But open technology advocates say there is not enough oversight of these algorithms, which can perpetuating poverty and inequality.

A young teacher's quiet life in Central Otago is thrown into chaos that recalls the dangers of East Germany life under the feared Stasi. Told by Michele Amas (Part 11 of 12)

11:30 The humble spud - cooking with potatoes

Mike Moleta from Potato New Zealand has been involved in the potato industry as a grower for nearly 20 years. During this time he has grown both domestic fresh market and processing potatoes, as part of a 140ha mixed arable and pasture farm in Opiki, near Palmerston North.

He has an Agribusiness degree from Massey University, and leadership experience in community groups through sports clubs, young farmers club and school board of trustees.

Kennedy Warne speaks to us from atop St Pauls Rock overlooking the Whangaroa Harbour in Northland.