09:05 The Defence Force to stop forced 'civilianisation' of staff as morale plummets

Major General Louis Gardiner, former chief of the NZ Army who retired in 2009.

Stephan Heubeck, Niwa Energy research engineer on the system that's been developed to store greenhouse gases from pig manure and use them as an energy source.

The first anniversary of the 'Great Eastern Earthquake' in Japan and Singapore maids get a holiday.

Self-taught painter Marty Welch who's just won the prestigious Adam Portraiture Award (worth $15,000 and handed out every two years). His former jobs including being a milkman and he honed his skill as an artist while spending years in Starship hospital at the bedside of his sick son. 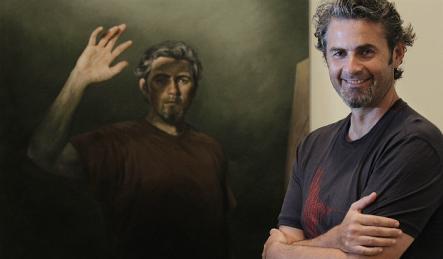 Marty Welch with his self-portrait, 3 Nights,  A Mirror & Loads of Coffee.

Jesse Ryder's latest decision to take a break from cricket.