09:05 Oil spill clean up - what's the potential impact on birdlife?

Julian Fitter, representing the award0winning Maketu-Ongatoro Wetlands trust, which is working to conserve the biodiversity of the local area. The wetlands are home to a colony of threatened New Zealand dotterel.

Sandra Williams, Papamoa resident who lives one block from the beach and has also been to Mount Maunganui to see the oil that's washed up on the beach there.

09:30 The growing problem of e-waste from new handheld technology

Brian Moore's autobiography speaks out about his sexual abuse when he was a child, by a family friend. He was known as 'Pitbull' during his rugby playing days, a hooker and hardman of amateur rugby, and now speaks his mind from the commentary box.

Beware of the Dog by Brian Moore, published by Simon and Schuster UK.

10:40 A mayday call has gone out from the stricken Rena container ship

Catherine Taylor, the Director of Maritime NZ, details the mayday call that asks for a total evacuation of the remaining crew on board the vessel that is grounded off the coast of Tauranga.

Vicky's family suffered an injustice in the 1880s for which she is determined to find justice today.

11:20 Trees of New Zealand: Stories of Beauty and Character

Writer Peter Janssen and photographer Mike Hollman have travelled the country taking portraits of, and telling the stories behind some of New Zealand's most remarkable trees. From the 800-year-old Pohutukawa that stands at Cape Reinga to the windswept macrocarpa at Slope Point their book Trees of New Zealand covers not only the country's oldest and largest trees but also trees that have their own story to tell. 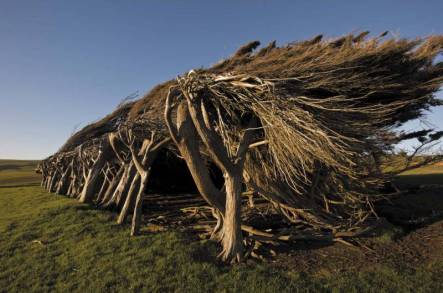 Californian natives exposed to the weather off Foveaux Strait on south-western edge of the Catlins.