Trevor Reekie has been a pivotal figure in the NZ music scene throughout his career, from helping discover Bic Runga and Shihad, to performing in The Greg Johnson Set and Trip To the Moon.

In recent years Trevor has been showcasing trans-global artists on RNZ's Worlds of Music.
Here he shares five songs that have impacted him during his life. 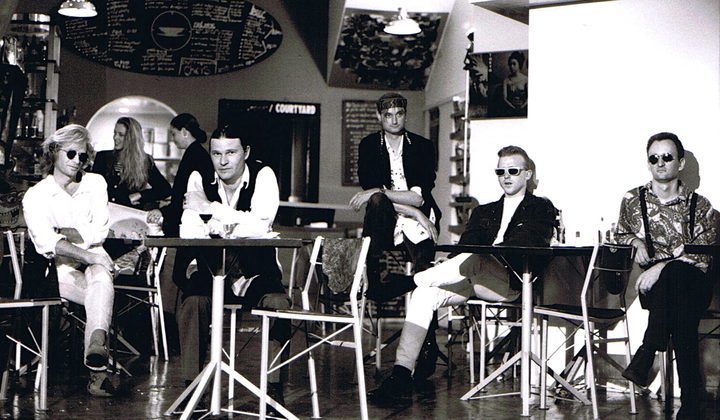 This is the track that M.I.A. used for the backing of ‘Born Free’.

This album was very influential for Car Crash Set, which was Nigel Russell, Dave Bulog and myself. They were doing electronica pre-MIDI. They were incredibly brave performers. People just didn’t show up, and if they did there were usually riots. In Scotland someone threw an axe at them - they lived dangerously these two guys!

I interviewed Marty Rev a few years ago, it was fascinating.

What appeals to me is just the great beats, great use of what they had, and motivation in their own belief.

This is three brothers who all play oud. You can never get enough oud. Their father was the main oud-maker in the Middle East. It’s the most glorious instrument.

When I lived in Nice, I made friends with a guy called Jean-Luc, who was a very good musician who played percussion, and had a variety of recorders, and we had a little duo together.

One of his friends was an Algerian guy who had an oud, and I’d never seen an oud, and it just got me straight away. It hooked me. They’re such beautiful instruments, that produce such a beautiful sound.

Le Trio Joubran played at WOMAD 2012, and they were phenomenal.

She’s a vocalist from Belgium, and she’s a flute player as well.

This track was written by a Cuban percussionist called Mongo Santamaría, and popularised by John Coltrane in 1959.

She’s put a vocal to it. It’s very ambient, it’s different, and it’s got a mood to it that really appeals to me. I just love this track. It really had an effect on me.

When I first went to Otago University I lived with my grandmother in the first year, and this song has always reminded me of her. She was a beautiful woman.

Bill Withers is fantastic. This song is off ‘Live at Carnegie Hall’, which was released in 1973. It’s probably the best live album ever, including The Who’s ‘Live At Leeds’ or any of those records. For me anyway.

It’s timeless, and it’s very easy to listen to, and there’s a lot of humour in it. Just great musicians, and great songs.

I just love Bill Withers' songwriting, and he really hits it with this song. It’s so beautiful the way he describes his grandmother, and the affection and love he had for her.

Gil Scott Heron - 'Me And The Devil'

This is a song I love very much. It’s actually a Robert Johnson song. He was one of the earliest bluesmen.

When I saw Chuck D from Public Enemy in Auckland he said a great thing over the mic: he said “everything comes from the blues”.

Well this song comes from the blues.

Gil Scott Heron was such a formidable talent, and he signed to XL Records, which is a wonderful label.

This was a single version, recorded with the New York City Orchestra.

Gil Scott Heron, what can I say? He was fantastic.