Drummer-producer-painter Julien Dyne gives us a masterclass in his most influential jazz, krautrock and rare groove tracks on the RNZ Music Mixtape. 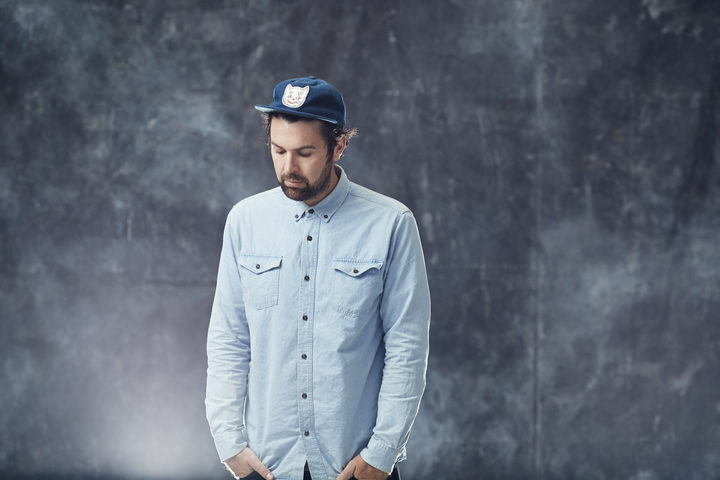 You' ll have heard Julien's rhythm and syncopation on many albums in your music collection. He’s worked with Ladi6, Lord Echo, and most recently he played drums on Tom Scott’s Avantdale Bowling Club (Julien reckons he was given "carte blanche" by Tom and "got to do some super indulgent drumming and a lot of that made onto the record").

In his own right Julien’s been part of funk outfits The Tornadoes, Open Souls and is about to release his fourth solo album before the year’s end.

For the RNZ Music Mixtape Julien gives a masterclass on the origins and people behind his favourite songs.

This was a multipronged approach, I wanted to highlight Tony Williams who is one of my drumming icons, but then I wanted to celebrate Wayne Shorter, who is still alive and one of the amazing musicians of the last 100 years.

Tony Williams is maybe late teens, early twenties when he plays on this track in 1965.

He was a true virtuoso, a child prodigy. He had quite a fresh approach to drumming in the era. It was quite an amalgam of different styles. Williams first came to prominence as Miles Davis' trumpeter during the Davis' Second Great Quintet.

One of my favourite groups of all time from Cologne, Germany. This is from their third record, Tago Mago released in 1971.

That band is such a strange brew of people, it’s a confluence of all these different people from different walks of life. Irmin Schmidt and Holger Czukay were students of Stockhausen (20th Century German composer) so they came from the modern classical world of the day and they were involved in the art scene of that era.

Drummer Jaki Liebezeit was Germany’s best drummer of the time. He’s just got this phenomenal groove. One of the first players to really get that loping, metronomic thing - but humanised too.

The sonics of the drums is still a hangover from the jazz thing, so the drums are tuned to Jack deJohnette or Billy Cobham-era Miles Davis drummers but played in this super funky style.

Michael Karoli was ten years younger than everyone else and was really into Jimi Hendrix.

In addition to that they found this vocalist called Damo Suzuki who was busking on the street and they invited him to perform on stage with them and then basically became part of the band and he was Japanese guy whose lyrics were somewhat improvised and also an amalgam of English, Japanese and German.

Quite a strange mix of human beings but a totally unique sound and something that’s very influential to a lot of other bands.

You see, the latest iteration of Radiohead and their sound is quite closely aligned to that era Can.

This song has also been heavily sampled. You’ll hear it on Primal Scream's 'Kowalski' and on the soundtrack to Sophia Coppola’s movie The Bling Ring. A Tribe Called Quest also used it on their most recent album on the track 'Lose Somebody'.

When this record came out in 2003 it was hugely influential for me and my peers. It provided quite a link back to all the jazz and funk I had listened to because it was a remix album of the Blue Note catalogue.

Madlib is one of those producers who has been steeped in all that history and has quite a disregard for rules. So the type of manipulation you hear was quite influential on me, the use of the SP-303 sampler, use of compression, stuff that you will be able to hear.

'Stormy' is cover of a 60s tune called the same name by a group called Classics IV. We used to cover this tune in a band I had called The Circling Suns. It’s one of those songs a lot of jazz artists have covered.

I got this record when I was in Cologne, Germany when I was recording with a bunch of musicians there under a project called A Class of Its Own which was a extension of the Red Bull Music Academy. It just reminds me of that time and there’s an emotional quote to the lyric.

You’ve got the phaser on the bass, there’s a wild descending synthesiser thing that happens, and the over top pop-disco strings. There are a lot of amazing elements all converging on one track.

It really resonated with me when I first heard it.

This is one of those tracks that was on a compilation Love's a Real Thing on David Byrne’s label Luaka Bop.

I just became obsessed with this track before I knew it was William Onyeabor. It’s just one those tracks that changed everything.

His music was really, really integral in my interest in this whole African electronic thing. I’ve kind of made it a quest to find all his original records and procure them for my collection.

Onyeabor has an incredible back story, a lot of mystery and remained in mystery until his death last year. How he got his money and his synthesisers to Nigeria at that time remains a mystery

I've only been to Brazil once but I’ve been buying a lot of Brazilian records when I’m touring in Japan. (Julien and Lord Echo are two artists on Japanese label Wonderful Noise, and they are often touring Japan.)

One of the records I found in Nigata,and  there was something about it. There’s a vibraphone solo, I’m a huge fan of vibraphone. I love artists like Cal Tjader and Bobby Hutcherson.

Also there’s something about Brazilian music is that it is rhythmically very interesting, but also harmonically interesting. And they just have such sweet melodies. The vocals, the backing vocals, it’s all a great thing.