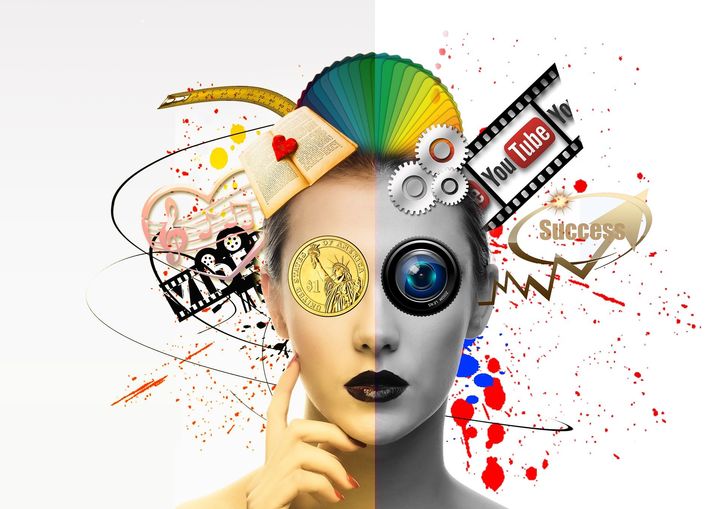 We're listening to more music than ever, vinyl sales are up, and streaming numbers are at a record high, but is anyone making any money?

The original peer-to-peer music sharing service kicked off in 1999. It signalled the end of the traditional music consumption model of buying albums on CD for $33.95. Suddenly music was free. Since that landmark change in distribution, and combined with the ease new technology brought to music production about the same time, the recording industry has been struggling to make ends meet.

Musicians have always struggled financially, but the recording business used to do quite well thank you very much. In 1999 it was worth $26.5 billion internationally, but after that it declined year on year to a low of $14b in 2014. 2016 was more in the region of $15.8b, and trends indicate that things may be crawling back up.

So here we are in 2017. What is the state of music right now? Well, there has never been more of it available. YouTube, Spotify, Soundcloud, Bandcamp … there’s so much music most of us don’t know what to listen to next. We let the algorithm decide.

Recent headlines note that streaming has now overtaken digital music sales for the first time in history - both here and abroad. Late last year RNZ reported that APRA, (the Australasian Performing Rights Association) who collect royalties on behalf of song writers, had a record-breaking year. Streaming is now the way the majority of fans consume music.

The rebirth of vinyl

Vinyl sales are also growing exponentially worldwide (albeit from a very low base) as audio connoisseurs spend their disposable income on objects of physical and aural beauty. It makes sense. Music consumers take pride in their collections. They distinguish us from our friends, and show off our good taste. Over the past decade many people have forgone physical collections for the ease and versatility of digital collections and cloud storage.

But despite record growth, vinyl sales make up less than ten percent of the overall revenue of the recording industry, and the bulk of those are pretty evenly divided between new albums and re-issues. In America in 2016 the biggest selling album on vinyl was Twenty One Pilots’ Blurryface. The genre-hopping duo enjoyed worldwide radio play this past year with a fast-growing following thanks to their energetic and chaotic live shows. In fact, their previous album Vessel, released in 2013, was the ninth-best selling album in 2016. However, Blurryface only sold 49,000 copies. For a country of 320 million, that’s not a huge number.

Radiohead and Adele were the only other living artists in the top ten selling vinyl albums of 2016.

Second place was Amy Winehouse’s ten-year-old Back To Black, possibly due to the release of a fascinating documentary about her life. The rest of the top ten contained David Bowie and Prince, with Bob Marley thrown in for good measure.

Interestingly one of the biggest selling albums on vinyl - not just in America but worldwide - was the Guardians of the Galaxy movie soundtrack, jam packed with 80s classics - either being nostalgically consumed in a convenient, streamlined compilation, or discovered for the first time by young people who liked the movie.

There is no doubt that in 2017, streaming is the 'new normal' for music consumption. The most-streamed song of last year was Drake’s ‘One Dance’ – in fact it is now is the most streamed song in the history of Spotify, and has had 400 million plays on YouTube.  Pop the cork on another bottle Drake, you deserve it after all that hard werk werk werk. Sia, Justin Bieber, Rihanna and Calvin Harris are all in the top ten, all predictable pop bangers.

Streaming generated an estimated $7b last year. Spotify has the most paying subscribers with about 40 million, Apple music has about 17 million and Tidal and Pandora both have about four million. YouTube, Soundcloud, Amazon and Vevo are all looking at subscription-based streaming services. And yet no one is making any money. As Mark Hogan from Pitchfork recently pointed out, Pandora is not yet consistently profitable, Spotify has never turned an annual profit and filed a $200 million loss last year, Tidal lost twice as much money in 2015 as in the previous year, while players like Apple, Amazon, and Alphabet - the corporate parent of Google and YouTube - have other, more lucrative businesses.

In other words, we’re all using streaming, but the business model doesn't work yet.

Where is the money?

There’s no doubt that 2017 is the best time ever to be a listener but what about the musicians? It’s great that Warner Music and Universal are generating profits again, but we still hear musicians noting that they aren’t making any money from streaming services and only time will tell how the business model plays out.

It is worth noting that digital downloads aren’t completely dead. There are some of us, it seems, that still want to own music, and in that category Bandcamp stands supreme. As Mark Hogan notes, “Bandcamp, which takes a 15 percent cut on digital sales and 10 percent on physical merch, says it has been profitable since 2012 and has helped fans pay artists $186 million to date.”