When the Climate Change Commission released its first blueprint for cutting our carbon emissions earlier this year, there were plenty of spurious stories about the end of gas-fired barbies and private cars - and a slump in meat and dairy production. But there was a lot less of that when the Commission's final advice to the government was made public this week. 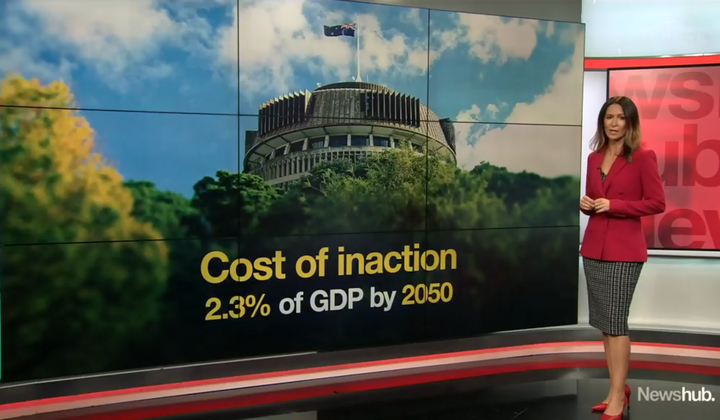 Back in February when the Commission released its draft blueprint for meeting greenhouse gas reduction targets by 2050.

The idea was to get feedback before giving final advice to the government late last month - which the Government in turn made public last Wednesday.

The Commission was offside with the media from the start in February because the Commission shrank the number of journalists given an early look at the report.

Dr Carr told Mediawatch in February that was because it was complicated stuff and things like carbon budget details could even have economic implications if aired in public too soon.

But he insisted they didn’t keep the circle small because they feared the media might seize on controversial recommendations while more significant stuff got sidelined.

But that’s what happened.

Headlines about a “shock ban” on gas cookers and BBQs were thoroughly misleading - as were interpretations of the commission's conclusion farm herd numbers should fall 15 percent by 2030.

Many in the media claimed that would mean 15 percent less meat and dairy produced - even though the report said it wouldn’t and Federated Farmers backed that up.

There was actually not a lot in the draft report about transport, but the recommendation that imports of petrol-powered cars should be wound down by 2035  - and replaced by electric vehicles - created more comment than any other.

In some places overseas  where cars are made and imported  - such as the UK and France for instance - similar targets are already in place.

Yet they were instantly dismissed as unrealistic when the draft report came out.

“I hope there will be better understanding of the trade-offs among the public and the media in May,” Dr Carr told Mediawatch - referring to the publication of the final report to the government following public submissions.

The New Zealand Herald looked ahead to the report earlier this week with an opinion piece by climate change minister James Shaw under the headline: The window is closing on our chance to address climate change.

Herald science writer Jamie Morton also interviewed the minister and published a handy backgrounder: The path to zero carbon: Why this week will make history.

When the final report came out at last Wednesday,  many reporters weren’t thrilled about getting less than an hour in a lock-up to digest more than 400 pages before a brief press conference with the Prime Minister. By contrast, the Government had more than a week to pore over it and get their lines ready for the media. 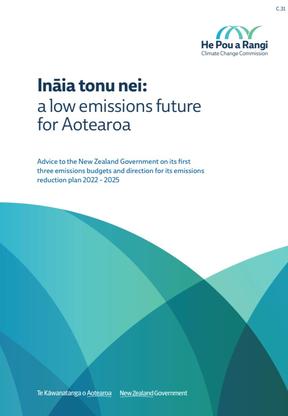 But the just-released report took up less than 30 seconds of the midday news on TVNZ 1, whose bulletin said the Commission had “admitted '' its earlier farming and transport targets were “too ambitious“

The new report does have slightly lower target for EVs in early budget periods than first projected -- and it isn't as optimistic about farming efficiency improvements either. But the Commission had also under-estimated how much land could be converted to horticulture - and it set more ambitious targets for cutting waste.

Newshub’s website focused on the cost of the switch to EVs with the headline Rapid uptake of electric vehicles - at cost of more than 2000 mechanics. However the report also notes the switch means plenty of expert EV technicians will be needed to mend those and manage those.

By mid-afternoon political editor Luke Malpass at Stuff had produced a pretty detailed summary. So had Marc Daalder at Newsroom. The Herald’s science reporter Jamie Morton produced his explainer at 4.30pm.

Stuff’s team of two dedicated to climate coverage produced a consumer-focused breakdown later that day What does the Climate Change Commission's roadmap mean for our lives? and a counter-factual piece outlining the rising cost of failing to cut emissions.

"Armageddon could be coming if we don't take this report seriously," he said.

A detailed plan on how the country can try and hit the new targets is due by the end of the year.

Judging by the lack of sensational responses this time - about the end of cars, barbecues, and slumping food supplies  - the media are  - unlike our emissions -  on the right track.