Among thousands of women who lost jobs when Covid-19 hit were those who make our women's magazines. One was Sido Kitchin, former editor of Woman's Day and the NZ Woman's Weekly which closed down without warning during the level 4 lockdown. Now she's back with a new magazine and a company launching three more designed to reflect the new times. 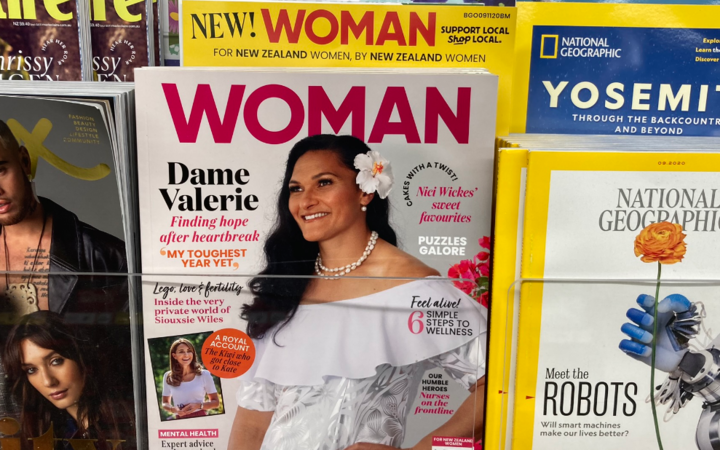 The debut issue of Woman magazine - one of several filling big gaps on local newsstands created by the economic chaos of Covid 19 and the closure of Bauer Media. Photo: photo / Colin Peacock

Back in April this year when we’d just gone into the nationwide level 4 lockdown, the offshore owners of New Zealand’s major magazines stunned the media industry by pulling the plug on all of them without warning.

The staff were shocked too. Among them was Sido Kitchin, the editor of Bauer Media’s big selling women's magazines including Woman's Day and NZ Woman’s Weekly.

Recently she told The Spinoff’s podcast The Fold she didn’t see it coming.

“It was brutal,” she said of the day they were told of the decision.

“Tens of thousand of subscribers were left lonely and at home and isolated,” she recalled.

The company’s former chief executive Paul Dykzeul told Mediawatch at the time he did see it coming  - but he thought many of the magazines would be back.

“With fewer overheads, these magazines could survive. The model for publishing going forward will be with smaller organisations," Paul Dykzeul told Mediawatch.

He was echoed by the Magagzine Publishers Association chair Nicholas Burrowes - a magazine editor himself.

“Bauer was the biggest publisher but it might not change the industry as much as people think,” he told Spinoff podcast Business is Boring.

“There are another 200 to 250 publishers out there creating this content. There’s going to be green shoots coming out the other end,” he said.

But green shoots looked a long way off during lockdown. Critical ad revenue was not so much drying up as evaporating - and then the government suspended the printing and distribution of all magazines.

But in recent weeks the green shoots have emerged.

There was further evidence of surviving and thriving at the 2020 Magazine Media Awards.

Food magazine dish was the Supreme Winner on the night, and also it was also named People’s Choice Best Lifestyle magazine. The judges said it “showed us all how to survive a pandemic and a publishing shut-down”. 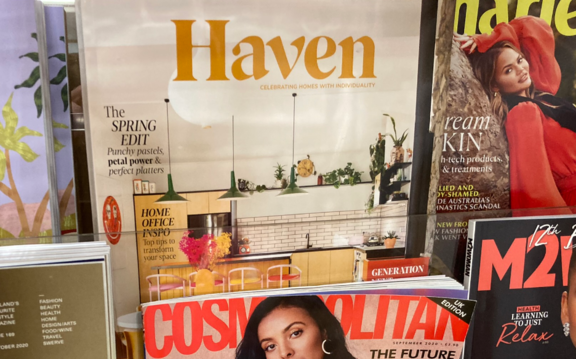 New monthly lifestyle magazine Haven is out this week - and a new monthly wellness magazine Thrive and a travel magazine called Scout, both with former NZ Woman’s Weekly editors in charge - will be out later this month.

And already out is the company’s new fortnightly magazine Woman edited by Sido Kitchin.

“I’ve hired 20 people, most of them ex-Bauer Media - who are used to producing magazines at pace. I could see this gap in the market and I wanted to get on the shelves ASAP. I could see some of the titles I used to work on taking so much more Australian content and that was really noticed by readers,“ she told Mediawatch.

“It’s now on the record I was trying to buy NZ Woman’s Weekly and that wasn’t successful because they ended up hanging onto that title. Even though I’d been editing Woman’s Day for nine years prior it was Woman’s Weekly that tugged at my heartstrings. During lockdown I was sitting there knowing that these readers weren’t getting their weekly fix,” she said.

“That was a time when they really needed us most and we couldn’t deliver it. But I already had a vision for how I wanted a new magazine to be,“ she said.

Subscribers of the magazines Bauer closed were clamouring for their return. When the NZ Listener returned last month under new management it came back in an almost identical form and focus.

Can it be true that readers want the same old publications back - while also wanting something different for the Covid-19 era? 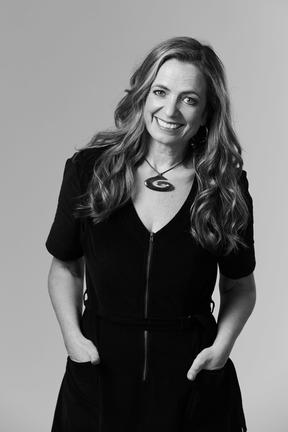 “Some of the mags have changed and some of the readers don’t like those changes. What I was trying to say is that women are the biggest consumers of magazines per capita in the world here in New Zealand and that didn’t change because Bauer closed its doors,” Sido Kitchin told Mediawatch.

“Nine out of 10 women said their priorities have shifted particularly in regards to their health and well-being so I’m really focused on that content and each magazine,” she said.

“I also feel that women aren’t looking for escapism the same way as they were a year ago. Now we’re looking for a sense of belonging and a sense of community,” she said.

“I wanted to leave the gossip and the pap behind and have a focus on New Zealand stories. I’m not running the international showbiz stuff. Well - just a little bit from time to time - but really my focus is on local stuff. This year - with no film premieres and no Oscars - that whole Hollywood machine has been dialled down and so has interest in that whole world,“ she said.

But while Covid changed the audience and the business, most magazines now on the shelves will be made on much lower budgets.

“I think that’s fair to say. I have a lot of friends working at the magazines where I was before and definitely there is less resources. I think the Listener has been ring-fenced and (editor) Pamela Stirling and her team know what they need to do for that job.  They need wonderful writers to make that magazine,“ she said 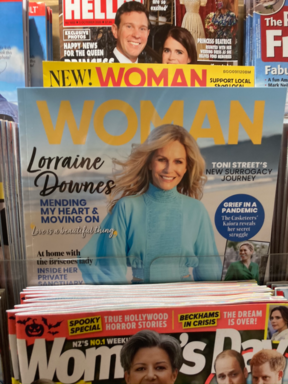 The current issue of Woman - and its competitors. Photo: photo / Colin Peacock

The first edition had a media focus with profiles of the political editors of RNZ, Newshub and TVNZ. These were all short personal pieces about the women and their jobs which would not have been out of place in Woman's Day or other titles.

But there was also a more searching story about the chief executive of Stuff Sinead Boucher and how she bought the company for one dollar over lockdown.

“I sat there during lockdown thinking about all these New Zealand women in business, that we are struggling and I should shine the spotlight on new ventures,” Sido Kitchin told Mediawatch.

“Sinead Boucher was one of them; I was intrigued and inspired by her story,” she said.

Also featured were nurses, high school counsellors and other women who found themselves at the coalface of the Covid-19 response.

“I’m really intrigued by those stories too and if I don’t tell them I don’t feel like other people are going to. Think about supermarket workers.  Those are unremarkable jobs that I think they’ve been remarkable and I’m really conscious of that in every issue I’m putting together,” she said.

“I’m going to stick with it for now. We’ll see how the advertising goes,“ she said.