Mediawatch’s weekly catch-up with Lately. This week Colin Peacock talks to Karyn Hay about a post-election political exit interview that went global; the benefits of non-aligned political coverage. Also: is it OK to label a politician a 'dickhead’? 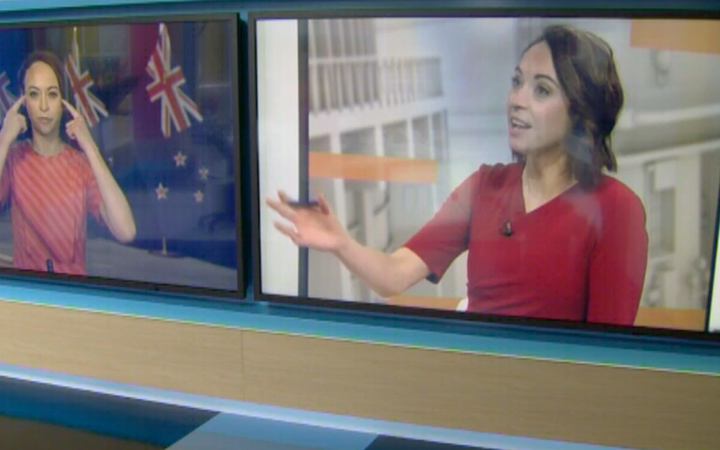 Tova O'Brien on the AM show talking about her interview going global. Photo: screenshot

Three’s politics show Newhub Nation wasn’t even among the top ten most-watched Kiwi shows the weekend before last, according to Nielsen Research’s ratings.

The interview with Advance NZ leader Jami-Lee Ross was only four minutes long, but the online video went viral online.

“Is Tova's JLR interview the most popular thing NZ on Air has ever paid for?” asked Stuff’s political correspondent Henry Cooke on Twitter.

It was shared by big media names impressed by Newshub political editor Tova O’Brien’s confrontational stance - something Newshub turned into a news story like this - and the Spinoff like this: Tova O'Brien v Jami-Lee Ross: the ex-MP just got Tova'd and the world is loving it.

She accused him of political opportunism for hooking up with Billy T Kahika Jr and his supporters - and "whipping up fear and hysteria among vulnerable communities" over Covid 19.

“You were part of a political movement that’s been peddling misinformation,” she said - and interrupted him when she thought he was about to give it another go.

NYU journalism prof and thinker Jay Rosen was among those who admired her forthrightness:

On the righteous pleasure scale this rates a 10 of 10. You will want to watch this New Zealand journalist "grill" an alt right politician the way it should be done. pic.twitter.com/01n3jbcCVw My favorite: "Would you like to have another go at answering that?" Via @charlesarthur

"Please understand: we're not swooning over this because we assume it shows the norm in New Zealand. Most of us know we don't know the political or media culture there. We're just in desperate need for a vision that shows us it can be done," he tweeted.

But others didn't see it that way.

Some pointed out he is no longer politically significant  - and has a track record of mental health problems.

“American media, take note: This is what's possible when an interviewer couldn’t care less if a guest comes back on her show,” said Donald Trump’s niece Mary Trump.

But for some critics that was the point. Tova O’Brien would be unlikely to burn bridges with any still-significant political figure.

“It’s probably the last time we’ll invite you on,” she said upfront in the interview.

When he was making headlines last year for turning on the National Party, she took him far more seriously.

After former MP Sarah Dowie’s relationship with Ross turned toxic and her abusive text message was leaked to the media, Tova O’Brien and Jami-Lee Ross drove “around his Botany electorate as “Mr Ross revisited the worst moment of his life.”

Sarah Dowie later told Newsroom’s Melanie Reid that Jami-Lee Ross - who she called “a predator” - had been allowed to set the media’s narrative.

From time to time, seasoned interviewers do tell powerful politicians what they reaky think of them - even if it seems extreme or unfair.

In 2019, long-serving host of the UK Channel 4 news John Snow tore into Tories minister Matt Hancock in an interview about the Brexit mess.

That clip has been re-upped a lot by the UK media recently because Matt Hancock is the health minister.

“Sadly, that same criticism could have come from last night’s news, only this time it would have been about the Covid-19 chaos,” The Independent said recently.

Another bit of post-election commentary on a similar subject that got a this in The Guardian: Why New Zealand rejected populist ideas other nations have embraced

“A huge reason that our politics is not so extremely polarised and so far ‘out there’ is because we no longer have Murdoch-owned press in New Zealand, and it’s never taken a foothold.”

Something to bear in mind when reading this comment piece from Rupert Murdoch’s The Australian: Danger across the ditch as incompetent leader Ardern wins office.

It's written by a guy from a right-wing Australian think-tank who quotes Dr Oliver Hartwich, executive director of the New Zealand Initiative like this.

“The next few years will be extremely tough. If we do not get our economic house in order, New Zealand could end up a failed state."

Sounds a bit over the top and people reacted strongly to that on social media. But Oliver Hartwich is quoted as saying the same thing on Sunday by Stuff’s political editor - and he said the same thing back in May in an Institute newsletter.

"No international halo is so shabby, or so fraudulent, as that worn by New Zealand Prime Minister, Jacinda Ardern.”

It’s no surprise because Murdoch’s press takes sides in Australia supporting the right and his papers’ editors and columnists follow suit.

Former PM Kevin Rudd launched a campaign against Murdoch’s News Corp this week calling it “an arrogant cancer against democracy”.

EXCLUSIVE: Joe Biden's son, Hunter, contacted a shop owner who had the computer for repairs, in an effort to "get it back" according to former chief strategist to President Trump Steve Bannon.https://t.co/QRTSLxxzsT

In the UK, The Guardian leans left and hammers Boris Johnson’s Tories every chance it gets - sometimes damaging its own credibility in the process.

Recently it the producer of educational kids' show Horrible Histories reacted like this to a piece that harked back to Henry VIII to criticise Johnson.

Judith Collins complained on Thursday last week some political reporters had been unfair to her and the National Party during the campaign.

The morning after the election, Gerry Brownlee also told TVNZs Q+A “your rival network is quite good” at giving National a hard time. 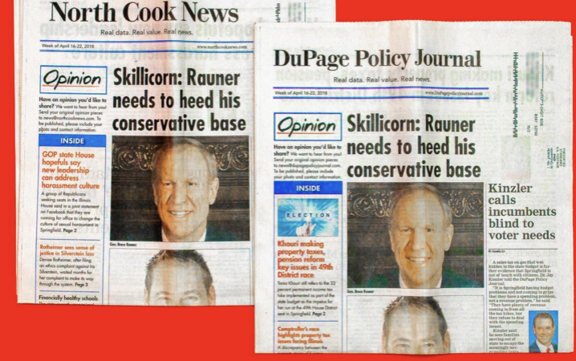 And during the Covid crisis, Gordon Campbell and Gavin Ellis both said media catastrophising Covid slip-ups played into hands of the government opposition critics.

But by-and-large our political coverage is not nakedly partisan - especially at election time - partly because they don't have employers with skin in the game.

To see where that leads, read this from the New York Times. Political operatives buying hard-up community papers and hiring freelance journalists to write front-page propaganda for US$22.

Is it okay to label a politician a ‘dickhead’? 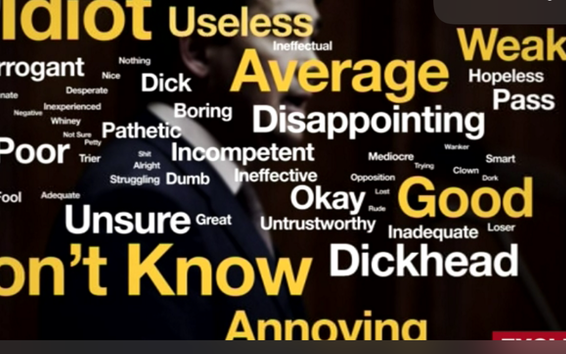 Way back when Simon Bridges was National leader, Tova O’Brien described Simon Bridges as “despised” by voters after a Newshub poll.

Reporting results for preferred PM last May, they published a ‘word cloud’ of people’s responses to Simon Bridges highlighting terms like “incompetent” and “dickhead.”

One viewer complained to the BSA that it was indecent - that ‘political debate should not be about this sort of undignified name calling’.

But The Authority considered that "in the context of the item, which canvassed public opinion towards Simon Bridges, the visual depiction of the word ‘dickhead’ would not have caused widespread undue offence, or distress, and would not have undermined widely shared community values."

“The Authority’s research on Language that may Offend in Broadcasting, did not feature the word ‘dickhead’, the word ‘dick’ ranked 26th out of 31 words tested for offensiveness.”

So not a breach of standards for taste and decency, according to the regulator - but gratuitous.