Farming for the Future

It's hoped a dairy farm trial in Taranaki can provide some answers for dairy farmers needing to lower their environmental footprint.

Country Life visits the Gibson Farm near Hawera to check out some of the results so far. 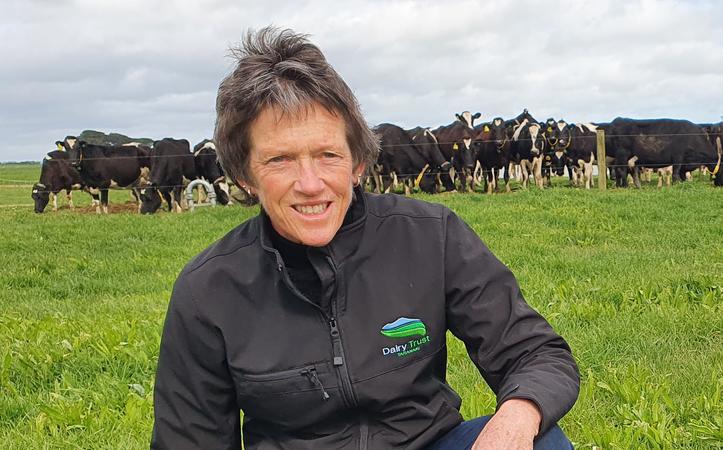 On Gibson Farm, cows are the guinea pigs for a greener system of dairying.

They form part of the "future herd" which is into its second year trialling lower stocking rates, reduced nitrogen fertiliser, artificial breeding and different pasture.

The three-year study is part of Dairy Trust Taranaki (DTT) and Dairy NZ's Step Change programme and compares a "current farm" with a "future farm" in the year 2030.

Debbie McCallum, DTT Operation Manager, says the research is all about keeping the footprint down and profitability similar or up.

"So for farmers to really get excited by the project it's making sure its not too much of a hit to the bottom line."

The first year of the Gibson Farm trial saw a drop in operating profit on the future farm of 14 percent but it did "tick all the environmental boxes", McCallum said. 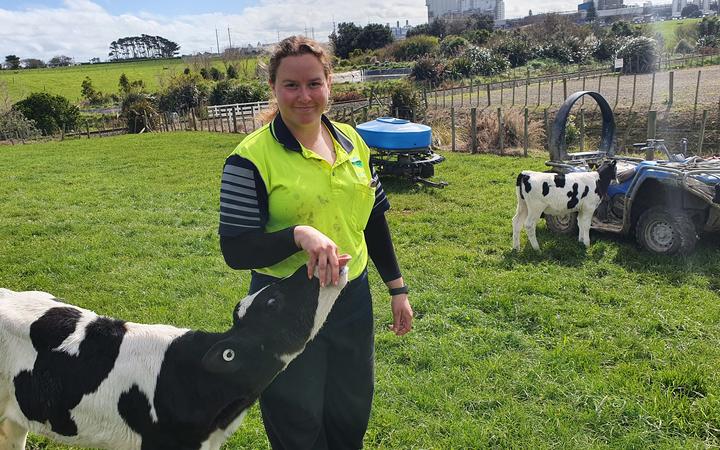 Sarah Tulloch rears the calves on the Gibson Farm Photo: RNZ/Sally Round

The future farmlet has 2.5 cows to the hectare compared to a more conventional 3.1 cows per hectare.

Up to 75 kilogrammes of nitrogen fertiliser were applied on the "future" paddocks compared to 190kg on the "current" ones.

Imported feed was also well down on the future farm which is also trialling plantain and more clover in the pasture mix, reducing the need for artificial fertiliser.

"Plantain is deep-rooted and very palatable. It dilutes the urine and can increase the uptake of nitrogen or nitrates from the soil and reduces nitrification and therefore increases efficiency so it's quite an exciting plant," McCallum said.

She said the good news after the first year was that greenhouse gas emissions were reduced by 21 percent.

She admits the 14 percent drop in profitability would be offputting for farmers but said this season they were expecting improvements to the bottom line with earlier calving, later milking and improved feed quality on the future farm.

Farmers are going to have to change and that's difficult, she said.

"It'll be a gradual change and let's hope it's all positive.

"Better animal welfare, better environmental impact and better human welfare as well ...  not having to put in such big hours and just being able to relax a little bit."

The first-year results of Gibson Farm's trial can be found here. 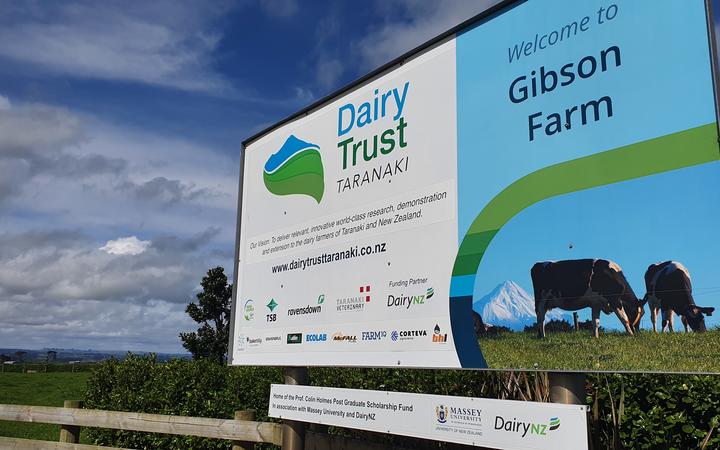