Sowing the seeds of Success

The family business was established by Vincent Luisetti in 1932 and while it may be 88 years old, the company is in expansion-mode and is investing in state-of-the art seed cleaning technology. 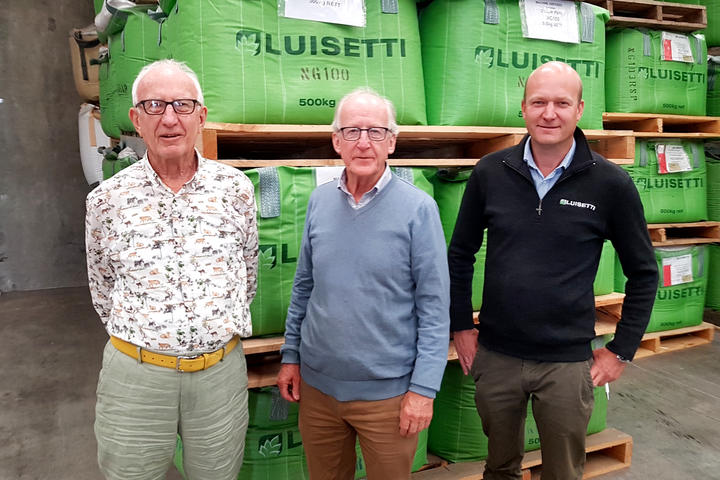 Edward Luisetti, Vincent's grandson and Luisetti Seeds managing director says his grandfather was working at the farmers' co-op in Rangiora, a lender for farmers.

One day Vincent was asked to go and foreclose on a farmer, but on his way there decided he couldn't do it. Instead he handed in his notice.

"He went home and told his wife he'd handed in his job and they no longer had a car which, back in the depression, was quite a thing to be doing."

Edward says his grandfather had seen the potential for seeds while working at the co-op. He started with an oat crusher to feed other farmers' horses before purchasing a seed cleaner.

Edward's father and uncle joined the business and eventually he and his brother came into it.

Today, the company is in the process of installing the highest capacity ryegrass and cereal seed cleaning facility outside of America. It will be located in Ashburton.

The machinery has been purchased from Germany and initially, Covid delays put a spanner in the works.

"There were shipping issues with the 24 containers; they went to different ports and did a circuit around the globe, but now it's all there in Ashburton and now its effectively pieces of Lego that we're putting together really," Edward says.

The facility needs to be operating in time for this season's harvest that kicks off in mid-January.

"It offers some fabulous new technology that we haven't seen in New Zealand before and can be monitored by a seed cleaning engineer in Germany," he says.

The North Canterbury business employs 40 staff and imports and exports seeds and grain as well as selling retail and wholesale around New Zealand.

"The most popular seed we sell is probably ryegrass," Edward says.

"We have a breeding programme with Plant & Food and the genetics that come out of that programme come under our banner, so probably 80 percent of the milling wheat varieties that go into the flour mills in Christchurch are our varieties."

He says that without genetic engineering, seed breeding and refinement is more of an effort and New Zealand risks being left behind.

"But then, of course, that may provide some benefits to us for specific markets who may desire non-genetically engineered food."