Ross Vintiner has carved an interesting career - from the maelstrom of politics alongside David Lange to the relative peace of an olive grove in Wairarapa. Along the way he's developed an interest in biodynamic methods, nurturing his trees to produce oil which is rich in disease-fighting polyphenols. He says these micronutrients are becomingly increasingly important to health conscious olive oil consumers overseas.

Country Life producer Sally Round popped in on this year's harvest.

Oil from his recently harvested crop returned very high levels of the micronutrients known as polyphenols which help fight diseases like cancer and heart disease.

Harvest was 20 percent down this year due to cold weather during fruit set, the drought and bird strike but Ross says results for his oils from the olive oil testing service in Wagga Wagga, Australia have helped make up for that.

"If I lived in Spain or Greece and had that result, people would be shouting from the rooftops," he says.

Globally, there has been a huge increase in people's desire for healthy food and need to understand food's provenance, according to Ross, who tends a mixed grove of 1100 trees in Wairarapa using organic and biodynamic methods.

The oil from his picual variety contained 721 micrograms of polyphenols per kilo of oil, the highest in New Zealand, Ross says.

Two hundred to 400 mg/kg is regarded as a normal range. 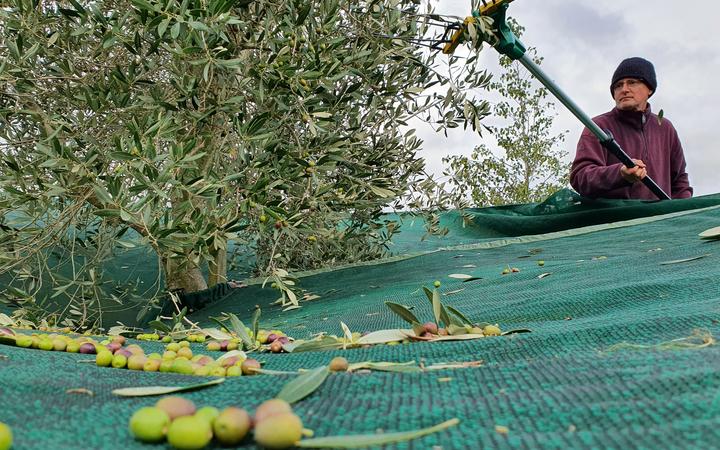 Ross Vintiner at work over harvest Photo: RNZ/Sally Round

Ross says he has had a lot of interest from around the world in Dali Estate oils and one customer who pays for them according to their polyphenol measure.

"It's considerably more per litre than you would get normally," he says.

The trick is to balance flavour and high polyphenols, as oils high in the compounds tend to be strong and not to everyone's liking, Ross says.

Ross also grows frantoio, leccino and pendolino olives and - in a first for the area - kalamata olives to eat.

His emphasis on high polyphenols means harvest time is not quick and easy.

Unlike many growers who use machinery to shake the trees, his small three-person team uses vibrating rakes and works over a longer period to maximise the polyphenol levels and the flavour.

"Harvest takes three times as long for us," he says.

It extended over five weeks this year with 14 days, in all, spent in the grove raking off the fruit.

"It's a slow process but it gives me better control over the end product," Ross says.

"There's increasing interest in this area, particularly from the pharmaceutical industry. It's becoming a massive thing." 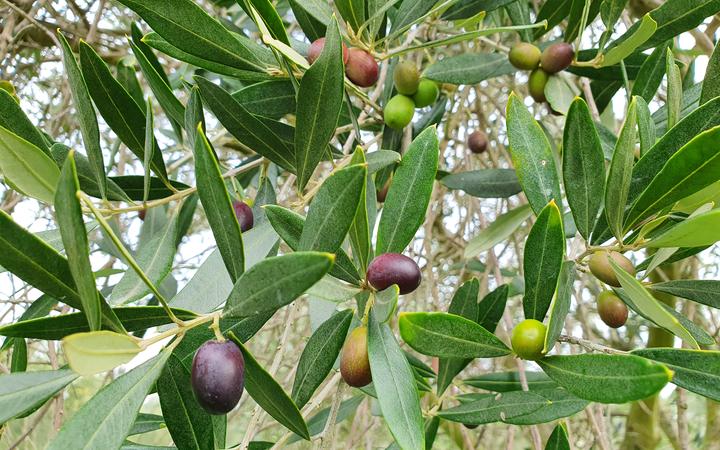