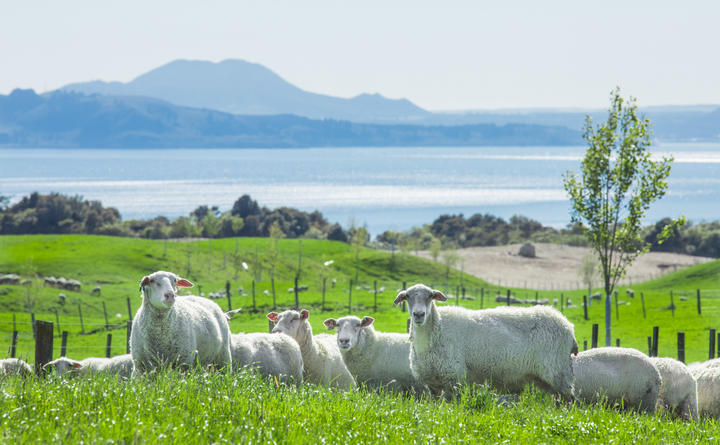 Maui Milk is a joint venture between a Shanghai marketing company and the Waituhi Kuratau Trust which started farming milking sheep on the shores of Lake Taupo in 2007.

The new farms are in the greater Waikato, joining two existing sheep milking units. Three of the farms are conversions from cow units and one is from sheep meat.

Next year a further five or six farms will be needed and it's a lack of sheep that's holding expansion back.

Peter Gatley has been jointly responsible for breeding up the ewe specially adapted to New Zealand conditions and the Southern Cross™ is now an official breed recognised by the NZ Sheepbreeders’ Association.

The name refers to the amalgamation of dairy genes from the northern hemisphere with the NZ Coopworth to create a dairy ewe for the southern hemisphere, and in particular our grazing system.

The most important source of dairy genes involves the Lacaune breed from France (the sheep developed for the Roquefort cheese industry).