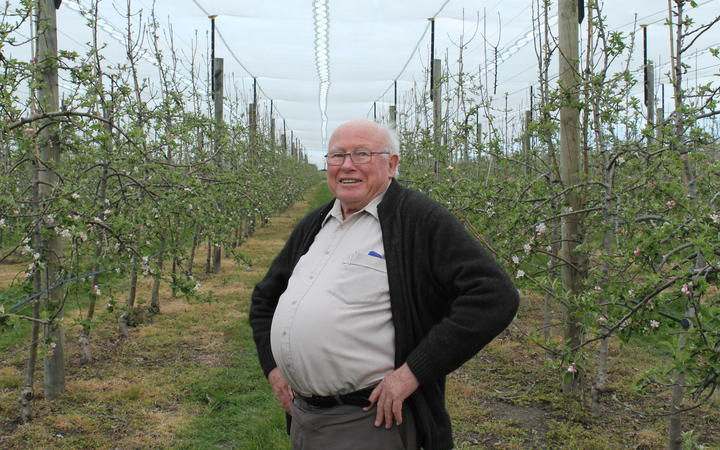 John Wilton starts each day with an apple – and he knows which ones to choose.

John's been a horticultural consultant for 57 years and was MAF's national pipfruit and summer fruit specialist for 15 years.

Carol Stiles headed out to an orchard with John to hear about the state of the apple industry and the changes growers have seen.

When John started working on apple orchards in 1962, most of the trees had been planted before WW1.

Sturmers were the most popular apples, along with Granny Smiths, Golden Delicious and Red Delicious.

Since then John's seen varieties fall in and out of favour and the development of dozens of new varieties.

They may taste delicious, but not all of them are easy to grow.

Fuji is one of New Zealand's most challenging apples, John says.

"The original Fujis had real problems with colour. It's a large fruit, theoretically, it should give you a high tonnage but it doesn't."

Pacific Rose is also a difficult apple to grow.

"In fact, one of my Nelson clients used to call it Pacific Dog, so I claim it bought my first BMW sorting it out."

Orchards now have three to four times the number of trees per hectare than they did when John started working 57 years ago.

And grower numbers have plummeted.

"There were several thousand pipfruit growers 20 to 30 years ago and I think we're down to about 300 today."

Production has skyrocketed, however.

"We're growing similar crops now on 9000 hectares to what we used to grow on 15,000 hectares. Take Royal Gala types, production has gone up two percent a year for the last 15 years so that's a 30 percent increase in production on a per hectare basis." 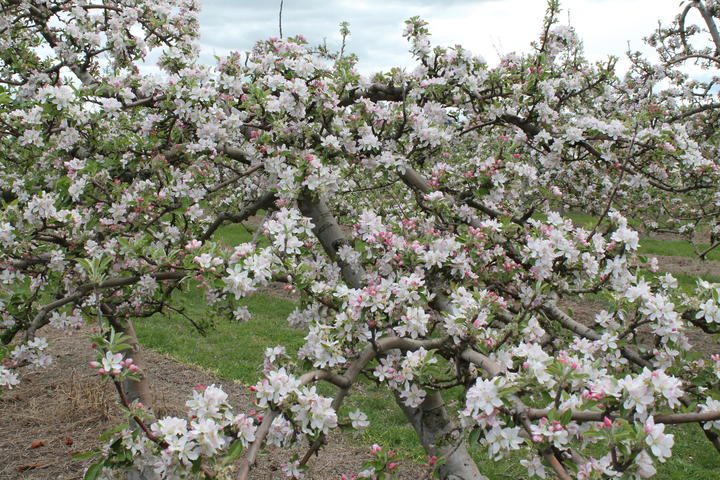