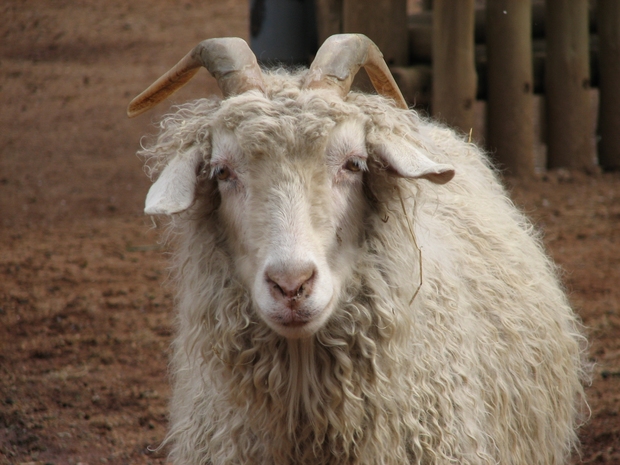 John Woodward stands in his mohair fibre sorting and export warehouse with its wooden bench and wool sacks full of lustrous flowing ringlets and he's perplexed.

"I can't fathom why, these animals (angora goats), so long as people do their homework properly, and come and see the farmers with the right information,  who are open and available, don't change to farming angora goats as a livestock option. Perplexed is the word."

Mr Woodward's been in the game for nearly 40 years. He's seen the highs, which were very high, in the 1980's, and he's seen the lows.  Now he says there's a stable industry with a highly sought-after product that fetches good money.

One angora goat produces about one hundred dollars of fibre a year.  A ewe with a cross bred fleece, at today's prices, fetches about 30 dollars.

But the Mohair industry is finding it hard to attract new entrants. There are about twenty thousand angora goats farmed in New Zealand, with fewer than five large producers. The rest are more lifestyle farmers with 50 to 200 goats.

A Waipu farmer, David Brown, says goats have a bad name from decades ago when they got sore feet and worms.  Genetic improvements which have come from importing South African and Texan genetics in the 1990's have greatly lessened both problems.

"My son has more limping stock with his Romney texel cross ewes than I do with the angoras."

The Mohair Association has recently hosted G.T. Ferreira, an Australian based, South African mohair expert to give the industry help in improving fibre returns even more.

He says farmers could double their money if they stop producing knitting yarn and start growing longer length fleeces which the weaving manufacturers want.

"By jumping from knitting to weaving where you have fine kids (fleece) at 23 micron and 30 dollars Australian, you can get 58 dollars for weaving for the same micron."

David Brown, along with many other growers, is keen to develop flocks with longer fleeces. "It's doable. It's not imaginary. It's just a matter of scale. We will have amounts in the weaving lines over the next few years." 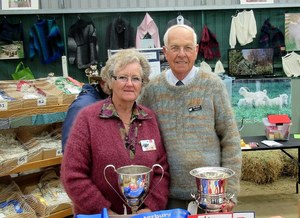 Ray and Donece McEwan at the Canterbury A and P Show Photo: Ray McEwen 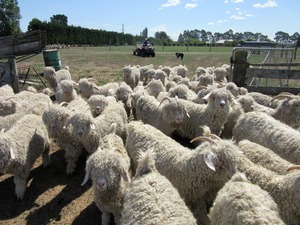