Milking on the Moove 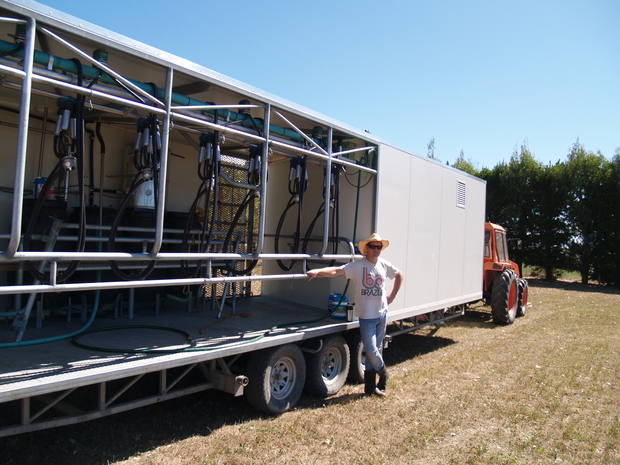 Glen Herud is currently milking seven cows on twelve hectares of leased land in North Canterbury. He’s using a milking shed on wheels that he designed and was made by a local engineering firm. He says the biggest challenge before the shed was wheeled into a paddock, was getting resource consent from the Ministry for Primary Industries.

“The main thing they had issues with is the processing unit. No one’s actually tried to build a milk processing unit on a trailer, let alone one that processes milk out in the paddock, so they were worried about cross contamination and any sort of risk that would mean our pasteurised milk could get contaminated.”

Now he’s able to pasteurise the milk onsite, bottle it and deliver it to cafés in Christchurch within hours of it coming out of the udder.

Glen believes that using mobile milking sheds on leased land will make it a lot easier for young people to become self-employed farmers and give sheep, beef and cropping farmers the opportunity to diversify into dairy without spending millions of dollars.

“If we could rotate cows and crops around a farm you could have the cows putting nutrients into the ground, followed by a crop of wheat or something like that so the crops actually absorb the nutrients out of the ground, and so potentially creating a much more sustainable dairy system”.