For almost a month Clarke Gayford and Jacinda Ardern's daughter Neve was stuck on a theme for her birthday cake. 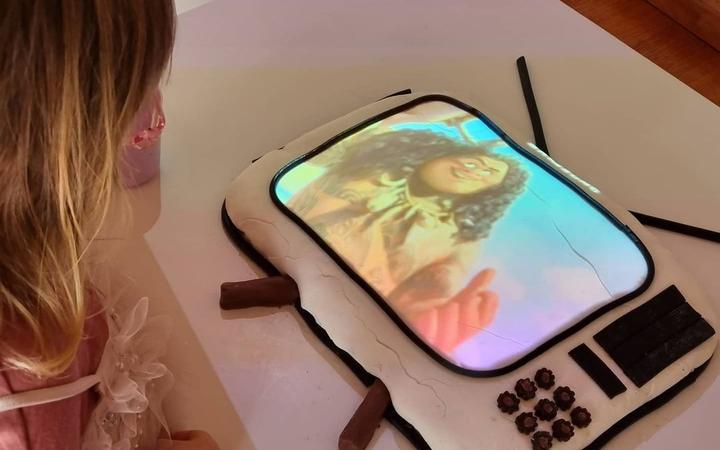 First she wanted Moana, then Frozen, then Mickey Mouse - so Gayford got creative in the kitchen and managed to make all three for her third birthday by baking a cake in the shape of a TV.

He told Checkpoint how he did it.

"I thought what I could do is engineer a projector and then just project the images onto a flat white surface, so I just loaded the trailer of each one of those desired TV movies that she wanted to watch and she just flipped between them" he said.

In photos shared to social media, Neve - who turned three today - was seen watching Disney's Moana on the cake, rather than digging in and eating a slice.

"The main feedback was when it came time to cut the cake, because she was worried that she would no longer have anything to watch TV on," he said.

The chocolate cake was destroyed by a bunch of small children yesterday. 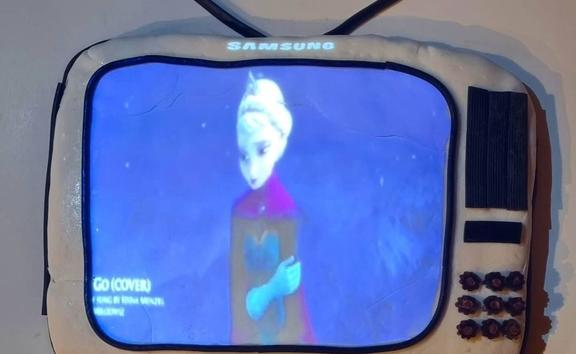 Frozen was one of the films projected onto the TV cake Photo: INSTAGRAM/ Clarke Gayford

He said the process had meant hours in the kitchen. "It was a long, long drawn out process where I didn't have a lot of experience, they are words you don't often utter but you find them falling out of your mouth."

Ardern made Neve's birthday cake last year in the shape of a piano - thanks to a recipe from the iconic Australian Women's Weekly Children's Birthday Cake Book - and admitted the "struggle" she experienced prompted Gayford to volunteer to make this year's cake.

"I will admit that I found it hilarious listening to all her cake requests - they changed daily," she wrote on Instagram.

"I may have even encouraged it slightly by showing her pictures of elaborate cakes and saying she should get dad to make them for her."

His reward was doing it all again next year.

"Apparently I've already been volunteered to do it," Gayford said.

"I mean, I feel like I've peaked, who knows what will happen next year."