Parents fear more disability terminations: 'We were under immense pressure to have genetic counselling'

Today is the final day for submissions on the government's Abortion Legislation Bill, and some parents of children with disabilities say they're concerned the bill will lead to more abortions on the grounds of disability.

Parents of children with Downs Syndrome say attitudes have been changing since prenatal screening for disability was introduced about 10 years ago, and they're afraid people with the disability are becoming more of a minority.

Proponents of prenatal screening and the new abortion legislation say it's all about giving women information, and choice.

Rachel Price first got to know Eden had Downs Syndrome when she was born.

"Because we were so excited and so delighted, and then all of a sudden all our expectations and hopes just got ripped out from under us."

Rachel says she only got over the shock because she knew an adult with Downs Syndrome, who put her fears to rest.

Now she has a confident 12-year-old schoolgirl, who, like plenty of her friends, plans on becoming a YouTube star. 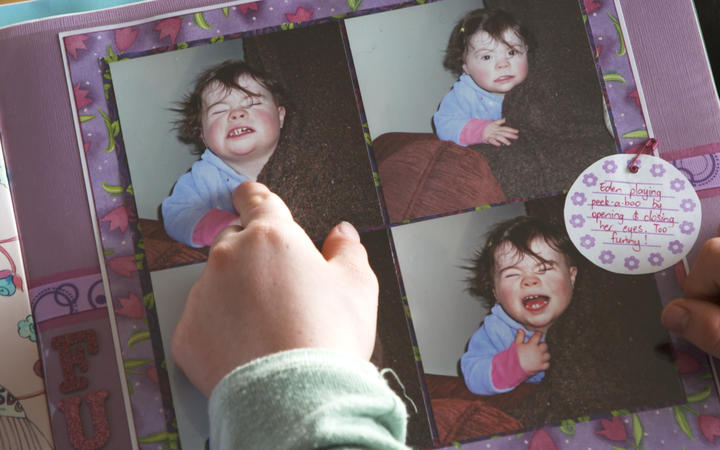 "I started to realise that unless I was a very terrible parent I was not going to have to help my child through police issues, drug issues, alcohol issues," she said.

"None of this was going to be our reality with an adult child with Downs Syndrome.

"I always watch with glee the news reports of people with Downs Syndrome getting married and I fully expect that Eden will have love, she will move out of home - because we will make her, we've kind of put a time limit on it, 25 and we'll be pushing her out of the nest."

'Try not to worry about the future'

Gabriel Morton Jones is also preparing to leave the nest soon. He is 18-years-old and the fourth of six children.

His mother Helen says Gabriel is like any other kid, and his journey with Downs Syndrome has taught her a lot.

"Today what we have is so different to what we had 20 years ago with the pace of life," she said.

"I intentionally go slower and I've learnt that from him. Just every day, as it comes to you, try not to worry about the future."

Aggie Brown couldn't have children, and adopted her only child Reuben when he was born.

She says they tried many times to adopt but the process was too hard, and they were finally successful with Reuben because they knew his 17-year-old mother.

"Oh he's awesome. He certainly has turned our lives upside down, and definitely for the better," she said.

"We just love him to bits.

"He's very cheeky and bossy... we are just so blessed to have him in our lives." 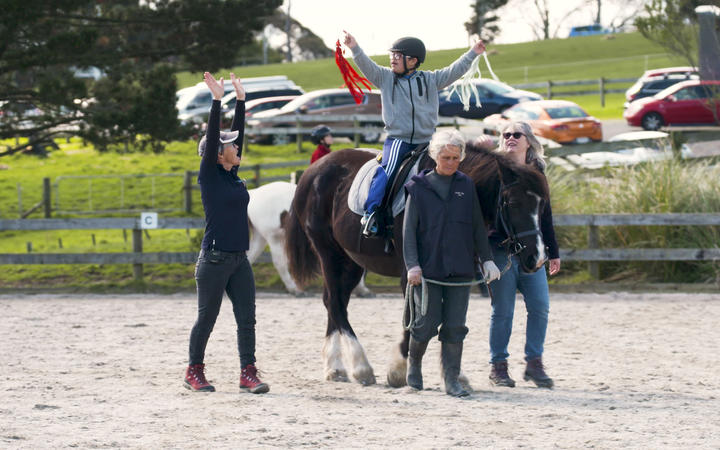 Reuben Brown at Riding for the Disabled at Totara Park. Photo: RNZ

Aggie said Reuben's birth mother was determined to have her baby despite considerable pressure to have a termination.

"Unfortunately her GP was strongly asking her to consider having an abortion and was actually giving the birth mum all the worst scenario if she decided to keep the baby," she said.

"The birth mum actually dreaded to go to her health visits because it was always brought up by the GP and we actually applaud the birth mum for sticking to her guns."

Rachel says she had a similar experience when they were expecting Eden's younger brother.

"We were under immense pressure to go and have genetic counselling," she said.

"But why? If we have another child with Downs Syndrome we are quite OK with that and we will carry on with the pregnancy.

"And I said no twice and I still got a call from the clinic where they would have done the genetic testing saying 'we've made an appointment for you'... 'I don't want the appointment, please cancel it.'"

No intention to coerce women - professor

Peter Stone is a Professor of Maternal and Foetal Medicine at the University of Auckland and did a lot of the work behind the prenatal screening that was introduced about 10 years ago.

"Even when I was training, sometimes the first time we knew that something was wrong was when the baby would come out, and the baby wouldn't be right," he said.

He said there's no intention to coerce women either way.

"I think that's systems, that's doctors saying 'Oh my gosh we have not offered women this,' they feel that she didn't come for the screening so maybe we have slipped up.

"What they'd be better to do is ring her up on the phone and say 'hey we see you didn't come along for the screen, did you want it or actually do you not want it?

"And if you don't want it, they should take you off the schedule."

But the New Zealand Down Syndrome Association said there needed to be far more respect, and health practitioners needed to be aware of the stigma around Downs Syndrome, and they should provide more information and greater support.

Diane Burnett is the Auckland representative for the association and said eight years ago when she had her daughter Jada, who has Downs Syndrome, the social and medical pressure was intense when she wanted to opt out of the prenatal screening process.

"I didn't want to have the pressure that medical professionals can put on you to terminate, and the social pressure," she said.

She said women are just not given the full picture when they find out.

"They are given very medical and clinical information," she said.

"They're not getting what it is actually like to have a child with Downs Syndrome." 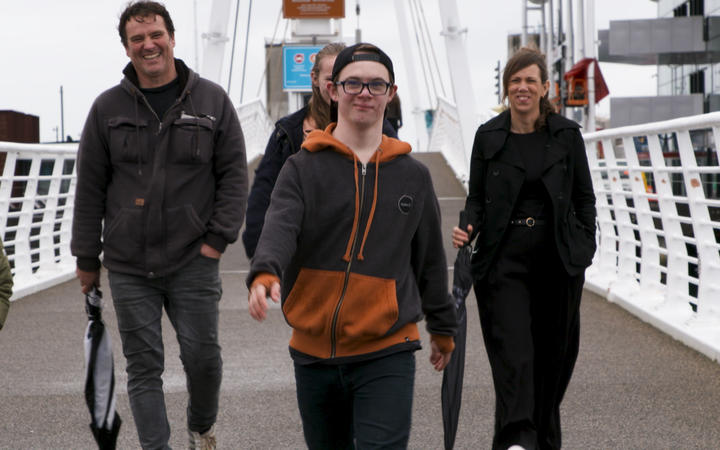 Women spoken to by Checkpoint said the developments in prenatal screening aimed at detecting disabilities has led to an assumption that women will want to terminate a pregnancy if they find out they are carrying a foetus who might have Downs Syndrome.

They said that has led to a drop in Downs Syndrome births, and said there was a risk New Zealand could edge closer to what has happened in countries such as Iceland, which has almost completely eradicated it.

Iceland has an early prenatal screening process that is not meant to be routine but around 85 percent of pregnant women go through it and almost everyone who receives a positive result for Downs Syndrome decide to terminate.

The New Zealand Down Syndrome Association says the ratio here has dropped from 1 in 750 births to 1 in 1200, though those statistics are disputed.

"I just find those statistics incredibly heart-breaking," she said.

"I just feel like the world is going to miss out on something by not having Downs Syndrome present and I would just hate to get to the space where we don't have people like Eden anymore.

"I feel like New Zealand is kind of on the knife edge now. These diagnoses, when they come, they are so full of fear. There's that awful crushing moment, of 'this was not in the plan, what now?' And somehow I think we need to do more, not in that moment to say 'you know what that is a horrible problem let's just get rid of it, but to say actually 'there's a lot of hope around this journey still'.

"And I hope that stories like ours can help other women to see and families to see that this life is not a horrible experience, by any stretch."

"I think New Zealand can do better than Iceland. I feel really saddened to hear that Iceland abort 99 percent of people that have Downs Syndrome," she said.

"To me that seems like a eugenics programme, and that's just madness." 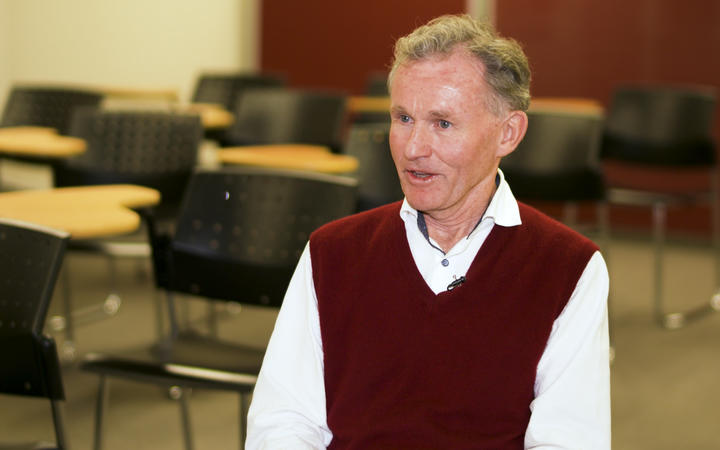 Professor Stone said it was completely up to the individual woman, and all the information they need is at hand.

"Increasingly they are given a pretty full picture, it's fair to say that every clinician is different in the way they interact with the woman," he said.

"If you've delivered enough babies in your lifetime you are going to see babies that didn't come out the way you expected them to come out."

Eden's mother, Rachel has signed an open letter to the Prime Minister, Jacinda Ardern regarding the bill decriminalising abortion. They say in 2017 the prime minister promised abortion changes would not include removing the gestational limit of 20 weeks for an abortion on the grounds of disability

The Abortion Legislation Bill would allow abortion on the grounds of the woman's well-being after 20 weeks, on the approval of one health practitioner.

Disability groups said changes to the abortion law in Victoria, Australia in 2008 were not as liberal, yet in the following 10 years 1685 abortions were performed after 20 weeks on foetuses with a confirmed or suspected disability. Almost a third of them for Downs Syndrome.

But Professor Stone said choice was paramount and those who choose to have a Downs Syndrome child shouldn't be telling everyone else to do the same.

"And there are other women, who the thought of having a child that will have some problems, to a greater or lesser extent, and if the woman decides that that is not for her, then in our society and in the way we work, we accord individuals that right, and that's what it's about."

Reuben's mother Aggie said real choice only happens when women have all the information, and assurances of support. As a woman who voluntarily sought out her son Reuben, she said she only wished there were more opportunities for people like her to provide that support for women feeling the pressure.

"Most people know that with Downs Syndrome they carry the happy gene, they are always smiling," she said.

"They do have their moments, they are strong-willed, but overall, for Reuben, it's very rare that he's cranky. He's always a happy-go-lucky child and we are very fortunate."