Stained mattresses, ripped clothes and containers still filled with food are just some of the items charity stores are being forced to spend thousands on dumping.

The decluttering craze sparked by Japanese tidying guru, Marie Kondo, could be part of the problem, but more than likely it is the way people are consuming.

Red Cross driver David Crisp often works at the Wellington storage unit, which is used for excess stock and rubbish from his daily collections of stores and homes.

Mr Crisp said he goes to the landfill "probably twice a week, sometimes more", it depends on what items are donated.

"The other day I picked up a fridge and a dryer out the front of a shop that was left overnight and was all mouldy, didn't have a door and all the power cables were cut off... The rest is other rubbish, we get a lot of suitcases that are ripped and the zips don't work."

He said this load was only a small one, built up from one day of collections.

It was still made up of about 30 bags of donated items, including bits of broken electrical equipment, and damaged or dirty clothing.

"A lot of people are good, but then there are people who think we are a rubbish tip," Mr Crisp said.

Red Cross retail manager Tania O'Leary said getting people to understand the difference between an acceptable donation and rubbish was difficult. 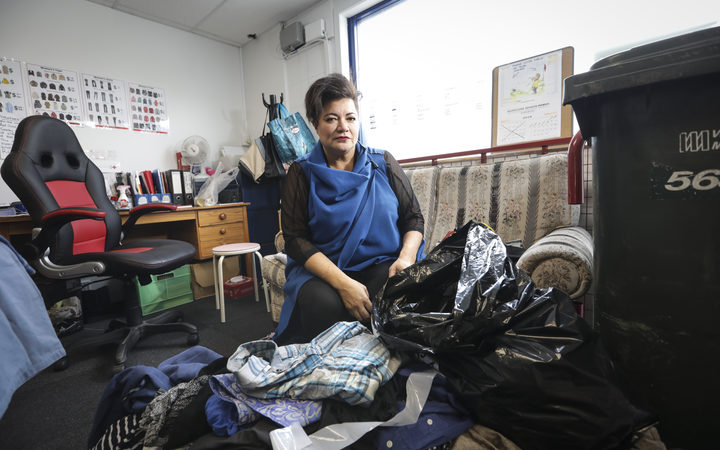 Red Cross retail manager Tania O'leary is inundated with donations that are not suitable for sale, rather, they have to take on the disposal costs of around $50,000 per year. Photo: RNZ / Rebekah Parsons-King

"If you think you could sell it on Trade Me, then it's worth donating," Ms O'Leary said.

She said on average between 20 to 40 percent of donations would not be able to be re-sold.

''Anything that's got a stained collar, smelly armpit, missing buttons, with a tear in it, or generally it hasn't washed up well. It hasn't got a long lifespan anyway, so they're all things we can't resell, so we have to incur the fees to dispose of those types of products."

Ms O'Leary said the Red Cross sold more than a million garments a year but estimated about 70,000 items on top of that could not be sold.

"Last year we spent an excess of $50,000 on disposal fees... we struggle with the idea that we have to pay for it, because it was clearly never going to be a product that could be re-sold".

The Wellington City Mission takes two truck loads of rubbish to the landfill each week, spending about $10,000 a year to dump other people's rubbish, while waste management costs the Auckland City Mission $20,000.

There's other places that money could go to, with the Red Cross recently sending support during the Nelson fires.

Figures from The Salvation Army estimate selling things through their stores saved 16,000 tonnes of stuff from heading to the landfill. 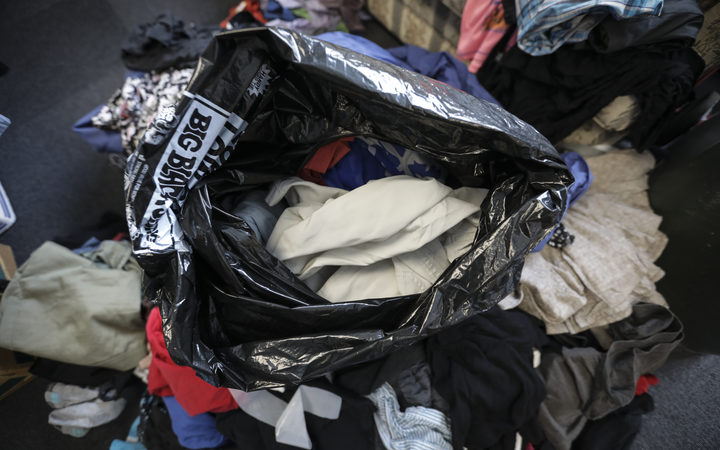 Ms O'Cleary said one woman pulled up with a car load of eight bags, but it was not until closer inspection did the volunteers notice the smell coming from the "donations".

"Not one thing was saleable, miraculously they found a $20 note in a pocket, which might help to cover the cost of dumping."

Volunteers and staff like Theresa Crowhurst work tirelessly to sort through donations and filter out people's rubbish.

"We had a situation the year before last, where a whole lot of stock had been donated... but amongst it were bags of food, rubbish, and kitchen things - and the shop was actually closed for a number of days and there was a heatwave.

"So you can imagine heat and food outside a store, it was pretty nasty and unfortunately it was our staff who had to clean it up."

The Red Cross was grateful for donations, however, Ms O'Leary said people needed to think about where their donations went and how that affected the wider operation.

"Be mindful of what you are putting in the bags to come to the charities, you know, just be deliberate in it. No food waste… things that aren't chipped or cracked. But I think the key thing is to remember, we need things that someone else will buy.

"We recognise there will always be an element of waste involved - that's just the nature of the business.

"But the scale that it's at at the moment is growing, so we are trying to do good work for the NZ Red cross, so in order to do that we need good quality donations." 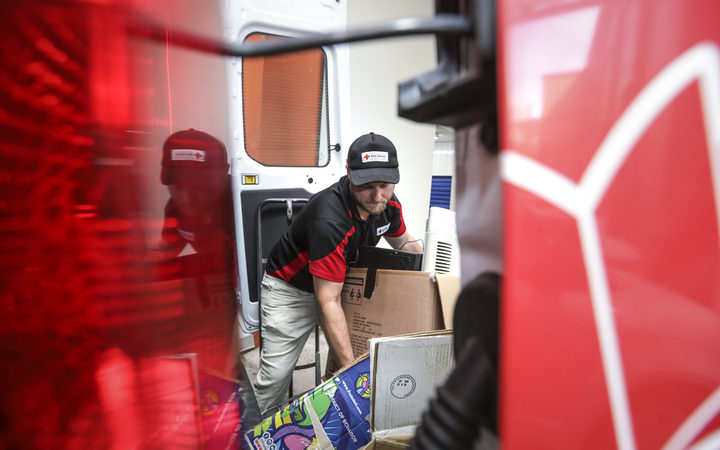 Ms O'Leary said the fast fashion industry has a part to play in the compulsive way people buy and throw away stuff.

Clothes that are produced and sold for a cheap price would not last for another season, she said.

In a bid to fight against fast fashion, the Red Cross has created "free" bins where things they cannot sell are offered up, or given away to help give things another life, and reduce costs for waste management.

The same message was echoed by Tearfund's educational and advocacy manager, Claire Hart.

She said people were purchasing and throwing out poor quality clothing at a high rate, making things harder for donation stores.

"We are buying and discarding a lot of low quality clothing and other items at really high rates, and that often means second hands stores are unable to sell stock, or that it's too poor of a quality to sell, so this idea we have of donating stuff and it getting used again is actually a little misconceived."

It was important to remember the environmental, ethical and economical ramifications before buying and donating things, she said. 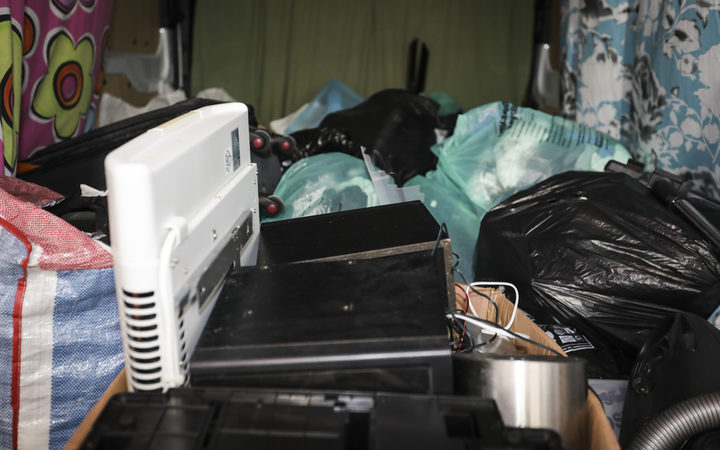 Red Cross is struggling with the amount of rubbish and unsaleable donations they are receiving. Photo: RNZ / Rebekah Parsons-King