WORLD clothes made in Bangladesh tagged as made in NZ

The co-founder of World says the company has not misled customers by attaching 'Made in New Zealand' tags to some garments manufactured off-shore.

Earlier today, it was revealed by the Spinoff that World was attaching the swing tags to some garments that are actually made in Bangladesh by the brand AS Colour.

Co-founder and designer Denise L'Estrange-Corbet told Checkpoint that some garments were made in Bangladesh, despite the swing tags stating otherwise.

However, Dame Denise said World had made no attempt to conceal where the garments were made.

"I've never had anyone come back and say that they were mislead by this in the seven years we have been doing this... 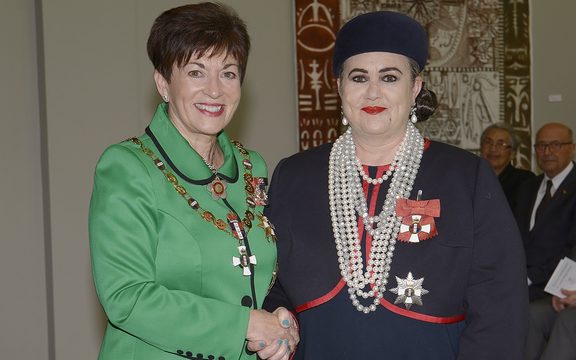 "I would have thought the New Zealand public was a bit smarter than that and could actually see the tag sewn into the garment which quite plainly states where it is made."

She said most customers asked for the swing tag to be taken off at the point of sale.

"If New Zealanders think we should take the tags off - then that's easy to do," she said.

AS Colour does not use child labour and says it only works with factories that can assure auditable standards of safe, fair, legal and humane working conditions.

The company has not returned Checkpoint's calls for comment.