It's moving weekend at Parliament, as the new Labour-led Government moves in to the Beehive and National moves out.

More than 500 MPs and staffers packed up their offices by 3pm today, ready for the big shift.

Around Parliament, there were boxes stacked up in offices and corridors, and there were pieces of art and other fragile items wrapped up in bubble wrap.

They were all clearly labelled with colour-coded stickers for their new destination - the Beehive, Bowen House or Parliament House.

Even the pot plants got labels. 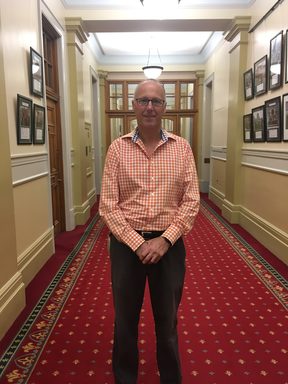 Jim Robb from Parliamentary Services is in charge of the operation.

He said they had brought in more than 10,000 boxes for the move, not to mention the countless rolls of bubble wrap.

But how many people are involved in the move this weekend?

"There'd be about 50 of us here, on the precinct, through the night and through the weekend," Mr Robb said.

"There's about 25 or 30 third-party contracted movers who'll be doing all the heavy lifting under our control. There's a lot of IT people working on a very complex matrix of equipment that has to move, and teams of security staff re-programming everybody's access, recovering keys - and just imagine how many keys there'd be."

With such a big move - and so many brown cardboard boxes - there was a risk that a box could get lost.

But Mr Robb said a lost box could always be tracked down. 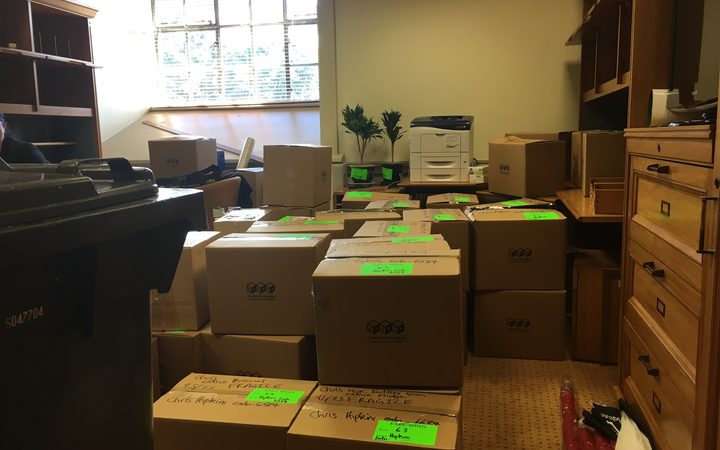 If the packing was hard enough, the unpacking is an even more daunting task for some of the MPs and their staffers.

Mr Robb said some former ministers might find themselves with a little less space than they've become used to.

"When I see the number of boxes, it's going to be a little bit of a wry smile when they come in on Monday morning, 'how are we going to fit in here?'

"But, you know, it's probably like the circle of life, as we all get older and move out of our big family homes, we start to downsize, stuff has to be culled."

Changes of government do not happen all that often, but Mr Robb said they had been planning for a possible post-election move for the last five or six months.

But he said the plan has had to be changed multiple times, as they have waited to find out what the new Government would look like.

Where are the parties going?