A Tongan academic says he hopes to see kava more commonly used to combat mental illness among Pacific people in the future.

Massey University lecturer, Dr Sione Vaka presented a paper at a kava conference on how kava use was hugely beneficial for people in a number of health areas, including mental illness.

His previous doctorate research on the topic focused on Tongan men.

He says while kava drinking is already used widely in many social and formal Pacific culture and traditions.

Dr Sione Vaka began by telling Sara Vui-Talitu that the crop containts relaxant properties and the setting makes people reconnect with others around the kava circle and they get to share their views on life. 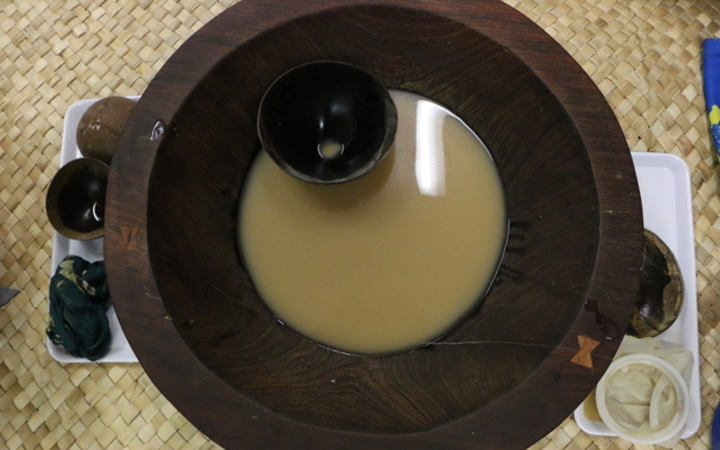 SIONE VAKA: Talking about how we incorporate kava, because to engage with Tongan men to get in-depth data, kava is very useful in that context and also the language there - to collect that information from people. And we use that to look at how Tongan people define mental illness and also, on another project which I presented, as well as discussing with Tongan in the kava circle, how can we decrease smoking. Because while [smoking] is decreasing [for other groups], for Tongan men it is still going up.

SARA VUI-TALITU: So what drew you to such research?

SV: My background is in mental health and my PHD research was looking at definitions of mental illness from a Tongan perspective. But I find the importance of using kava, because the group that I use kava for was the one that provided the most information. So I did another project on smoking and that's when we used the kava there as well.

SVT: What has been your perception of kava and how do you see it evolving as we move through the decades?

SV: I think kava is quite important for our Pasifika people because it identifies land, it identifies our identity, identifies who we are and it keeps us connected to the crown and also where we come from as well. So kava has all those symbols and also reminds us where we come from. It's also a forum where we get to learn more about who we are. So for the future i hope it will be around for a very long time, because I know in mental health - to have good mental well-being you have to be connected culture-wise with your level of identity, so those levels of support will be good to maintain mental well-being.