There's opposition on the Vanuatu island of Tanna to a Chinese company planning to build a five star resort there. 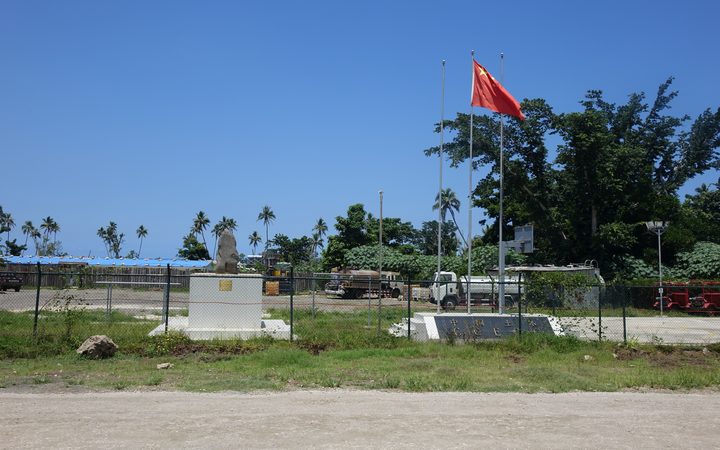 The compound for workers and equipment building the road on Tanna, Vanuatu. Photo: RNZ / Jamie Tahana

The Daily Post newspaper reported Tanna locals building bungalow accomodation for tourists do not want to compete with the resort.

The China Civil Engineering Construction Corporation is reportedly planning to develop disputed custom land on Tanna, which it was allowed to occupy while it built a road.

But now a group of four families claiming the land say other claimants tricked local chiefs into signing an agreement to sell the land to the company.

The group's Tom Hiwa said the chiefs signed a document to allow the company to build a floating dock which instead was used to authorise the sale.

Meanwhile, a spokesperson for the company said it had strong social responsibility and respect for Vanuatu law.

It said the company wanted to ensure that all concerned parties gave their consent to the development.

RNZ Pacific's Vanuatu's correspondent, Len Garae, said in the past, the people of Tanna had set fire to CCECC construction equipment because they were not happy with how it operated.

The people of Tanna are well known for their strong stand to protect their island from foreign influence, which explains why their provincial town is called 'Black Man Town' where all businesses are owned and operated by locals, Mr Garae said.

Only one expatriate, a former Australian army civil engineer, is understood to be the only white person who owns a garage on Tanna because with the increasing number of vehicles on the island, local drivers need professional mechanics, he said.