Deadly unrest has broken out again in West Papua, as Indonesian security forces cracked down on more student mobilisations. 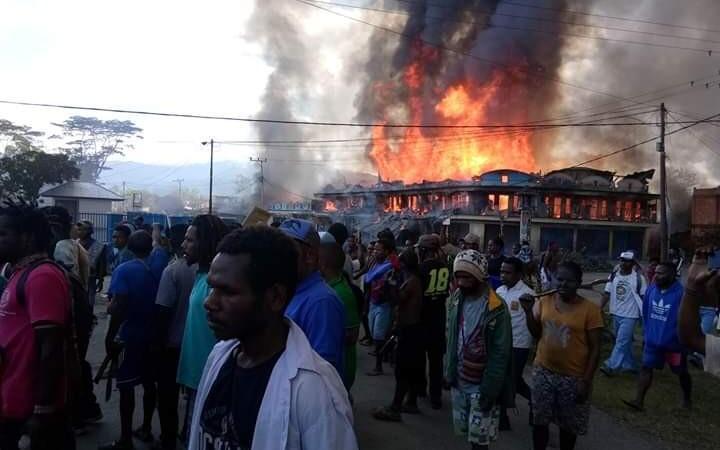 Today in the capital of Papua province, Jayapura, as many as four people were killed, including at least one West Papuan university student who was shot dead and an Indonesian soldier fatally stabbed.

The violence was sparked after police rounded on a mass of Papuan university students who recently returned to Papua from cities in other parts of Indonesia, and had converged at Jayapura's University of Cenderawasih for a solidarity action.

Around 2000 students have returned home early from study in mainly Javanese cities where racist attacks on Papuans last month prompted widespread protests in the Papuan provinces and also raised fears for the students' safety.

However police disallowed today's gathering at the university in Jayapura and eventually arrested dozens of students in Waena sub-district. A spokesman for police has pointed the blame at a student group for the ensuing violence.

Although the spokesman only confirmed that a member of the Indonesian military had been stabbed in the chaos, students and a local health official reported that in addition, three Papuan students were killed by gunfire from the security forces.

Meanwhile, today in the main Highlands city of Wamena, another large police contingent reportedly used firearms to disperse hundreds of Papuans after hordes of High School students took to the streets in protest at an alleged racist slur.

Students responded by filtering through the town and torching several buildings, including government and public facilities, as police and military struggled to contain the unrest throughout the day.

Human rights activists in Papua said that 12 people were injured due to gunshot wounds in Wamena, including students.

The police spokesman said the allegation which triggered the protest - regarding a racist slur towards Papuans at a local school - was not true. 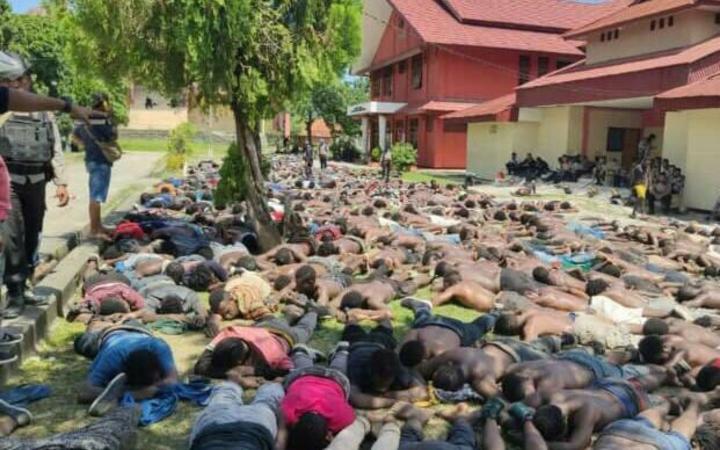 Even before today, tensions were already high in both Wamena and Jayapura, where large mobilisations took place in August as part of a wave of Papuan protests against racism and in support of independence.

The protests spiralled into unrest in various Papuan towns, with dozens arrested and at least ten people killed amid a security forces crackdown together with an internet shutdown through Papua implemented by the national government.

An additional 6000 Indonesian police and military personnel were deployed to the heavily restricted region by early September.

Since last year the security forces have also been preoccupied in the Highlands region by a protracted armed conflict with the pro-independence guerilla unit named the West Papua Liberation Army.

The ongoing unrest, as well as issues of human rights abuses and self-determination in Papua, is expected to be raised by some Pacific Islands leaders at this week's United Nations General Assembly.

UN Human Rights Commssioner Michelle Bachelet this month again spoke of her hopes that Indonesia would finally permit a team from her office to visit Papua to investigate ongoing rights violations.