Three civilians, including a 3-year old boy, have died in a shootout with rebels in West Papua, Indonesia's military says. 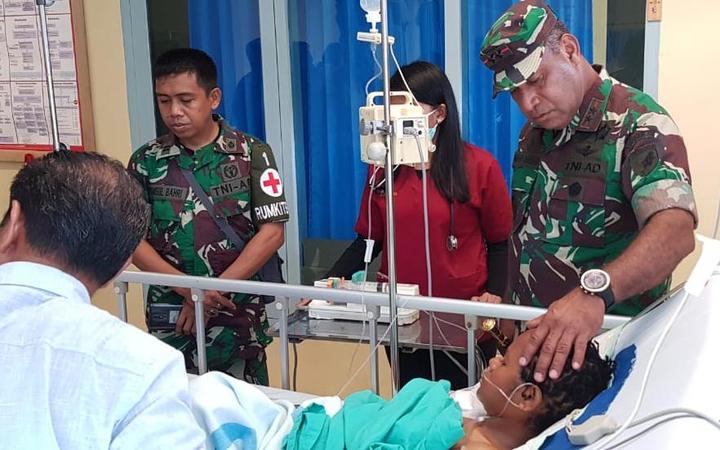 The military insisted the people were shot by rebel fighters, while but a Papuan pro-independence military group said Indonesian soldiers were responsible.

Eko Daryanto said the rebels then retreated into the forest while shooting randomly, killing three civilians and injuring four.

Mr Daryanto had earlier said all seven were injured with gunshot wounds.

The West Papua Liberation Army claimed seven civilians were killed by security forces after they launched an assault on the village.

It's the latest exchange in a protracted conflict between a military faction of the Papuan independence movement and Indonesian forces in Papua's remote Highlands region which intensified last year.

Indonesia's Defence Minister Ryamizard Ryacudu told reporters on Thursday military and police could not be pulled out of Papua in case the region seceded from the republic, the state-news agency Antara reported.