Reefs around Guam and Palau are to be mapped as part of a US funded effort to protect ecosystems. 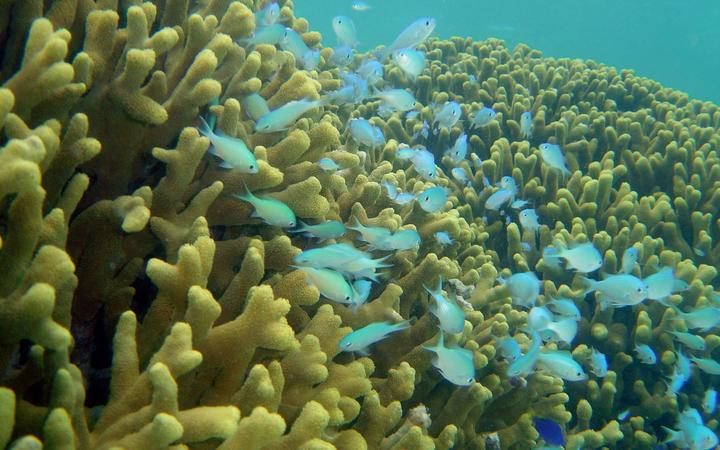 The US government has given more than $US5 million to fight invasive species in its overseas territories and states.

The money will fund programmes that include exterminating the coconut rhinoceros beetle and invasive trees, as well as supporting coral farming.

The US interior assistant secretary, Doug Domenech, made the announcement at a meeting of the US Coral Reef Taskforce in Palau last week.

He said the programmes would help to protect the stunning but fragile ecosystems found across US territories and associated states.

American Samoa is to receive about $US240,000 from the US Department of Interior to combat two invasive tree species on the territory's main island of Tutuila.

The funding comes from the same $US5 million pot to combat invasive species in the US insular areas.

The department said the office of the American Samoa governor, Lolo Matalasi Moliga, would use the money to remove large populations of the African tulip (Spathodea campanulate) and the Panama rubber tree (Castilla elastica).

Both are recognised as destructive invasive tree species in the Pacific islands.

Several large populations of these aggressive tree species were recently discovered in the western and central areas of Tutuila island adjacent to the National Park of American Samoa. The park is home to the only paleotropical rainforest in the United States park system.

Earlier this year, Lolo established a separate entity within his office which focuses on eliminating invasive tree species that have been discovered on Tutuila and the Manu'a island group.