Young people driving climate action around the world will showcase their solutions at the United Nations Climate Summit this weekend. 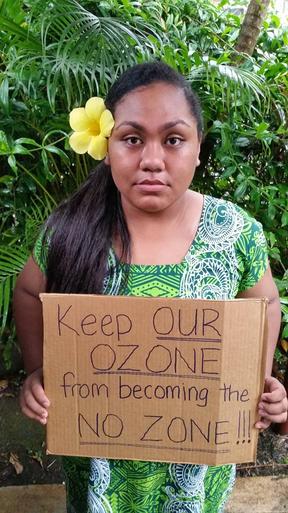 Fijian student AnnMary Raduva will be in New York and has a special message for the world: her generation is cleaning up a mess they did not create.

The 15-year-old eco-champion started the "Say No To Balloon Release Campaign" in Fiji last year.

She also organised mangrove-planting and beach cleanup initiatives in Suva this year.

Last month, the International Union of the Conservation of Nature (IUCN) invited her to speak at their Forum in Suva.

AnnMary is also the first Fijian to be awarded a notable mention for her work by the Action for Nature, a non-profit organisation in the United States.

But she said her journey had not been an easy one.

She hopes to return from New York more determined to lobby Fiji's government to "review its Litter Act and classify balloon-releasing as littering".

AnnMary has always loved being outside - enjoying nature. She also loves reading National Geographic magazine and watching documentaries on the environment.

But the urge to become a "protector and guardian" of the environment started well before that.

AnnMary grew up in a Suva suburb near the sea where a lot of plastic and rubbish washes up on the shore.

"It was an eyesore. My 12-year-old sister Faith and I would pick the rubbish on the beach whenever we could," she said.

Her friends would ask her why she was doing it?

"I tell them it's about civic pride - that people from overseas will not come to Fiji and pick up our rubbish.

"It is our responsibility to keep Fiji clean."

In December 2018, AnnMary decided something needed to be done.

With the help of family and friends she launched the 'Say No Balloon Release Campaign'. 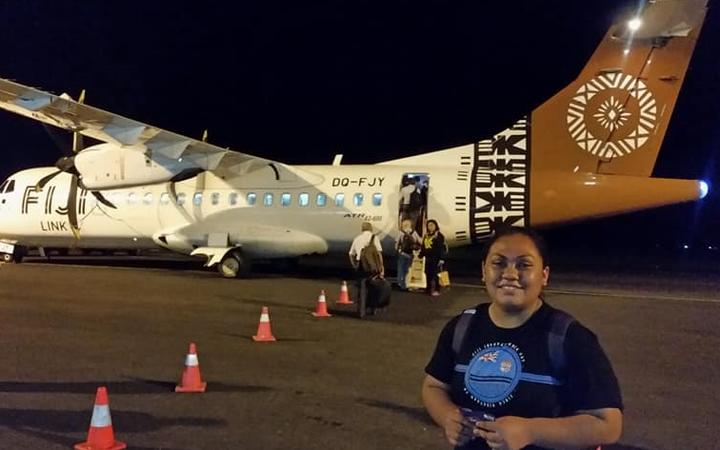 "Balloons have the same effect as plastics," she said.

"When you release a balloon, it travels thousands of miles away. But what goes up must come down and majority of the balloon fragments are scattered around the ocean's surface."

Sea creatures including fish, birds and turtles eat these fragments along with other rubbish strewn across the ocean.

"This rubbish blocks the animals' guts and causes them to starve and eventually die."

AnnMary took to social media and said she was shocked by the positive response she received from people around the world.

There were nasty comments too but she said she was fortunate to have the support of her parents, Peceli and Moira.

"When I first floated the idea with my parents, they told me to pray about it," she said. "One of the key focus of my campaign is prayers are our pillars.

"My parents wanted to protect me because of what people might think of my age and my gender - That I should be in school and studying."

But AnnMary said she was determined to continue to raise her voice amid the negative comments.

She started to research eco-friendly alternatives to releasing balloons.

That's when the mangrove initiative was launched with more than 6000 trees planted since December 2018. 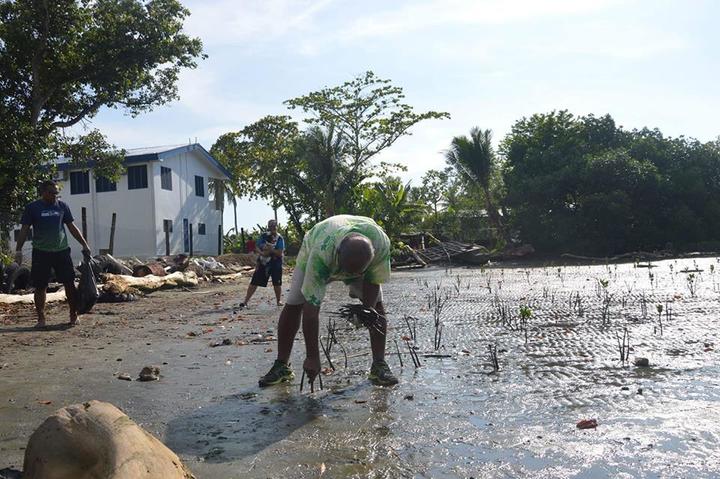 "We also started to network - eco-champs - that when we have meetings we talk about climate change and about how to keep the environment clean.

"I was privileged to be invited by the IUCN Oceania forum to speak. It was the first time for me to speak at a conference in front of people."

On Wednesday evening, AnnMary left her home and headed to New York accompanied by her mother.

"I'm looking forward to meeting other young activists and learn as much as I can so that when I come back to Fiji I am more vocal to champion this climate change fight and be more determined to lobby for government to relook at their Fiji Litter Act 2018 and to classify balloon-releasing as littering."

She also wants the world to sit up and take notice of what's happening to planet Earth - to the environment around them.

"I expect the UN, the world's leaders and the representatives of the UN to hear our issues and our concerns about this climate change fight," she said.

"Because my island, Pacific Island countries will be the first to go underwater and my people will become the first climate refugees."

If nothing is done to save the planet, "there will be chaos", she said.

"There's too much politics. World leaders must act now." 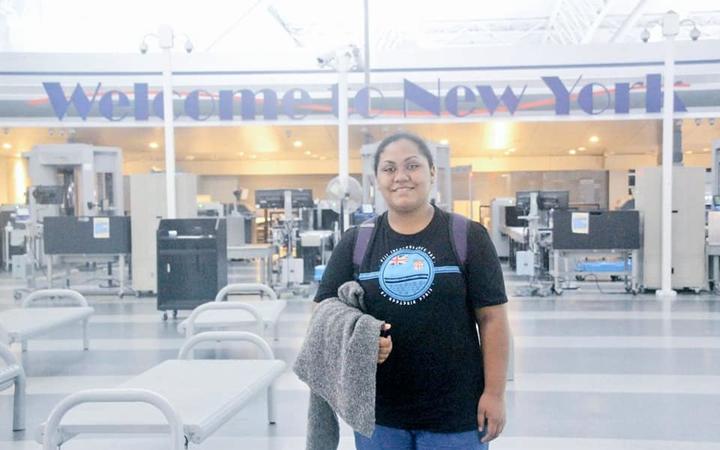