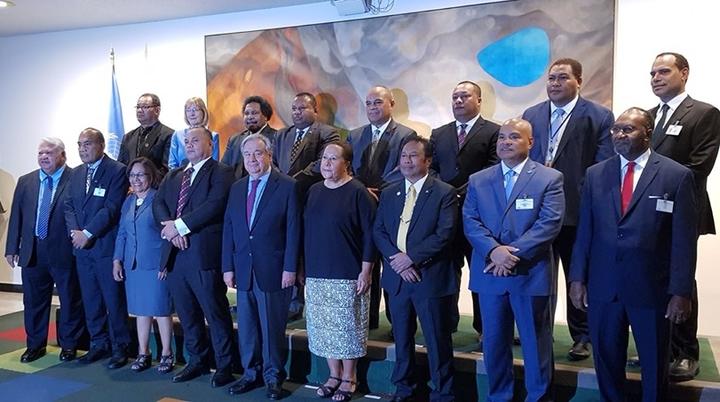 They highlighted critical priorities to securing the future of the Pacific region.

Aupito William Sio says beyond the plea for action, Pacific leaders urge industrial nations to then stay on course to achieve net-zero carbon emissions by 2050 in order to limit temperature rise.

"One-point-five degrees as agreed to in the Paris Agreement and I was quite proud of the way the Pacific Island Forum leaders co-ordinated and raised all the valid issues that were raised at the Tuvalu PIF conference."

The 21 September meeting at UN Headquarters in New York gave Forum leaders the opportunity to formally table issues, including those discussed at the 50th Pacific Islands Forum (PIF) Leaders Meeting in Tuvalu last month, before the 74th session of the UN General Assembly.

Leaders also raised issues previously discussed with Antonio Guterres during his visit to Fiji, New Zealand, Tuvalu and Vanuatu in May.

"The Blue Pacific is the frontline of the fight against climate change which represents the single greatest threat to the future of our region," said Nauru's new president, Lionel Aingimea, who chaired the meeting on behalf of the Forum Chair, Tuvalu.

Forum Leaders briefed the UN Secretary-General on the Kainaki II Declaration for Urgent Climate Change Action Now as agreed in Tuvalu. The Declaration sets out ten actions for urgent and effective climate action by all countries at the Climate Action Summit and at COP 25 in Chile in December.

Leaders also discussed the development of a new 2050 Strategy for the Blue Pacific Continent to drive and lead the collective future of the Pacific region including the importance of securing and protecting ocean and marine resources for the future.

"Including our commitment to conclude all outstanding maritime boundaries claims in order to safeguard our maritime zones in the face of sea level rise and climate change.

"Our resolve to accelerate collective action to address the legacies of nuclear testing including on fisheries was also discussed," said President Aingimea.

Pacific Leaders also raised the situation in West Papua at the meeting.

"Leaders reiterated their calls from the Forum Communique agreed in Tuvalu - for all parties to protect and uphold the human rights of all residents and to address the root causes of the conflict by peaceful means. The urgency around the Leaders' request for the parties to finalise the timing for a mission of the UN High Commissioner for Human Rights to West Papua (Papua) was also conveyed," said Pacific Islands Forum Secretary General, Dame Meg Taylor.

Easing access to climate finance will be a focus for the Pacific at the Climate Action Summit.

However, these countries were highly vulnerable to the climate crisis, and Espen Ronneberg said access to climate finance for adaptation was a priority for them.

"The resources are available, it's just that it's complicated to access them and doing so requires quite a bit of human capacity and expertise that sometimes is lacking or is simply too over-worked with other responsibilities." 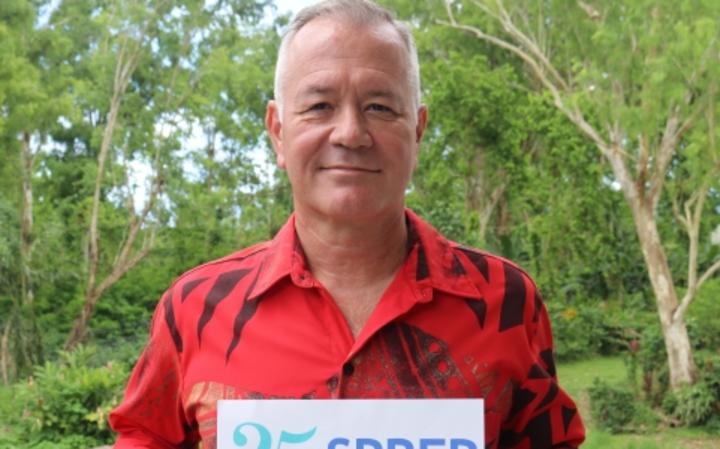 The Climate Action Summit takes place on 23 September at the United Nations in New York.