Women leaders in the Pacific want to see more of them in leadership roles including equal representation in their respective parliaments. 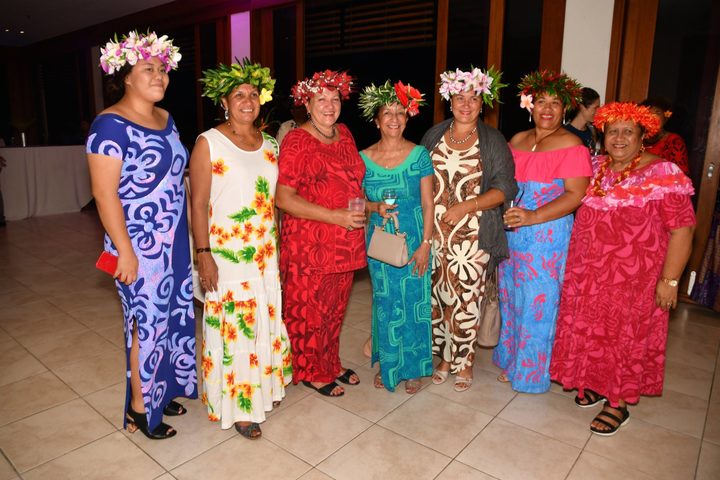 Delegates at the Pacific Women in Power Forum in Fiji this week. Photo: Fiji govt

Delegates at the Pacific Women in Power Forum in Fiji this week agree there is a need for training on economic empowerment, integrity and leadership for women in the region.

Opening the forum, Fiji President Jioji Konrote, urged the delegates to share their experiences and knowledge on key issues that will help Pacific women into leadership roles.

"We all know the under-representation of women at any level of governance and decision-making can result in democratic deficit. It has been proven, time and again, that diverse groups make better decisions. This is particularly true when it comes to the task as challenging as representing the views and interests of citizens in any country."

Jioje Konrote paid tribute to the late Fiji speaker, Doctor Jiko Luveni, for her contributions to the development of women in the country.

In the last decade, resources have been dedicated to programmes aimed at increasing women's political leadership and participation, but progress has been slow, the forum heard.

For the Federated States of Micronesia (FSM), it has been non-existent or even declined as in the case of Vanuatu and Papua New Guinea.

Samoa's Deputy Prime Minister, Fiame Naomi Mata'afa, said while the Pacific had a long way to go, there were options for parliaments to consider to create change.

"A challenge for us here in the Pacific is that we are not sure how the process for Temporary Special Measures (TSM) would be implemented" she said.

TSMs aim to increase the number of women elected to parliaments through the electoral gender quotas. 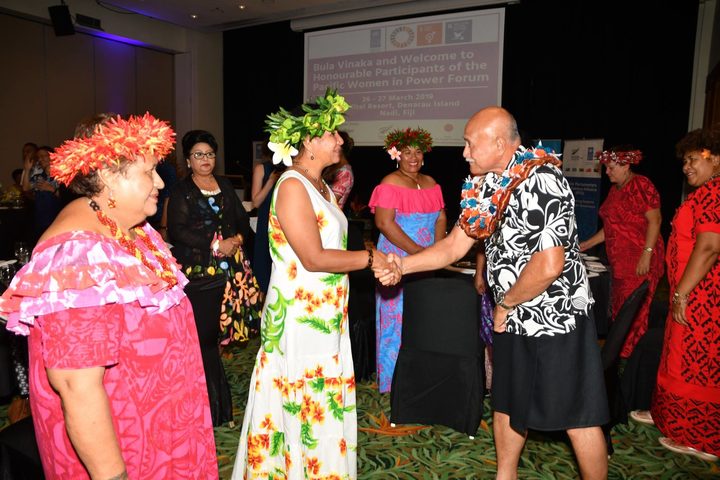 Samoa is the only country in the Pacific, which has adopted the TSMs that guarantees a minimum of 10 percent of MPs are women.

Other Pacific countries have only introduced the TSMs at a sub-national level.

"One of the positive things about the Samoa situation is that it has presented a model that can easily be replicated if other countries wish to do so," said Fiame.

The Cook Islands' Health Minister, Vainetutai Rose Toki-Brown, said the theme of the Forum: "It's About Time: Women Changing the Pacific" was fitting.

"I believe that the Cook Islands has stood up to the challenge of this bold statement with six women MPs out of 24 members and a woman speaker - this being the highest numbers ever," she said.

"Another historical development for Cook Islands women is that for the second time only, the Leader of the Opposition is the Democratic Party's Tina Browne. The role of the leader of a political party has been a male dominant position for 53 years - but not anymore.

"We also made history with the election of a 22-year-old woman MP, Te Hani Brown, who is the youngest MP ever in the Cook Islands and in the Pacific."

"Not only are we tasked with breaking the chains of intergenerational poverty, but also, we are similarly challenged to break the cycle of gender inequality, now and for all generations to come," he said.

"Women are an essential, crucial catalyst to sustainable developments, so let us ensure their empowerment so we can live in a more equal, sustainable, stable and prosperous world.

"Pacific women have always been extremely influential behind the scenes, but now all over the region they are finding a new and very clear voice in public life and we must do everything possible to make that voice heard, listened to and acted upon not only regionally but internationally," Ratu Epeli said.

The meeting was funded by the governments of Australia, New Zealand and Japan.