The people of Vanuatu's volcanic Ambae Island can voluntary evacuate to nearby Maewo, the government says. 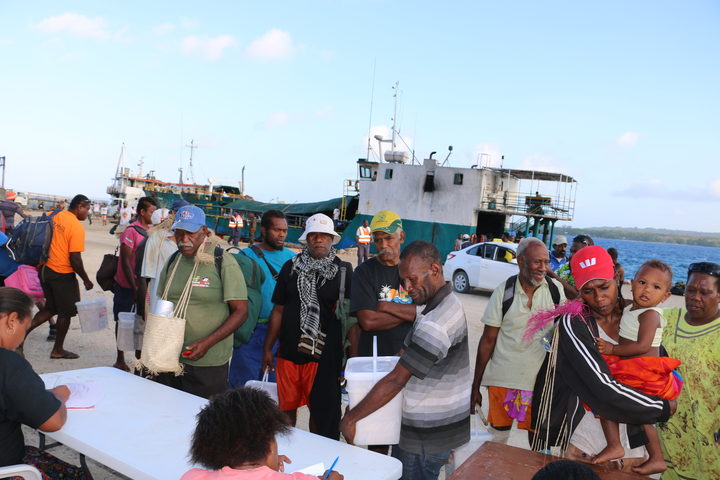 The relocation will begin on 1 June and end by 30 July.

This replaces an earlier decision that the evacuation would be compulsory, given the extent of ash fall from the erupting Manaro Voui crater.

Ambae's 11,000 people would be able to live on rented land on Maewo Island, the government said.

They would be provided with funding to assist with the evacuation and given food for up to six months, after which they were expected to be able to harvest vegetables grown on the new land.

The provincial headquarters are to be moved from Ambae to either Pentecost or Maewo.

The government also said that the construction of new government facilities and an expansion of services on Maewo would be undertaken.

People were free to move themselves to other islands but they would not be assisted to do so by the government.

Last year, the people of Ambae were temporarily evacuated due to volcanic activity from the same crater.