The populations of three islands in Papua New Guinea's Schouten Group are to be evacuated amid fears of another volcanic eruption. 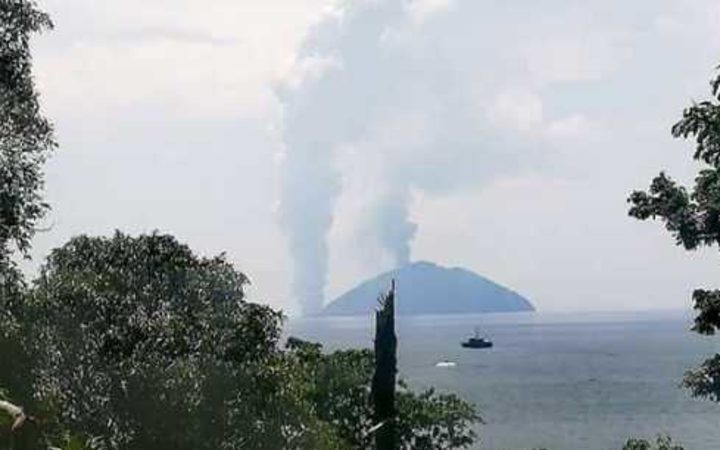 The East Sepik provincial government has ordered the evacuation of around 3000 villagers after increased volcanic activity on Biem Island. Biem is close to tiny Kadovar Island which was evacuated earlier this month after its first eruption in recorded history.

Just over a week ago, Kadovar's population of almost 700 was promptly moved to Ruprup Island, around ten kilometres to the north. But the government said these people now had to be moved off Ruprup as it was also at risk due to the volcanic activity which appears to be intensifying in the Schouten group.

The people are to be moved to the provincial capital Wewak on the mainland with assistance by the PNG Defence Force. The provincial govenor Allan Bird said that in all, about 5000 people across the three islands are to be evacuated as a precaution.

"As of Saturday, I ordered the evacuation of all non-military personnel off the islands. Everything that's happening in the vicinity of those three islands - Kadovar, Ruprup and Biem - is now at the discretion of the Defence Forces," he explained.

Mr Bird said he was grateful for the assistance of the Defence Force, which has deployed half of its national assets to East Sepik for the response to the volcanic activity. In terms of its naval capability, this means one PNGDF landing craft (with a capacity of 180) and patrol boat (which can carry about fifty people). A PNGDF helicopter was also being used.

As of Monday afternoon, the patrol boat was on standby at Biem, while the landing craft was leading the evacuation efforts. In addition, the East Sepik government had requested further help from a fishing company based in the area.

"It's a huge logistical challenge for the country," said Mr Bird who admitted that it was difficult to plan for this sort of volcanic event.

Mr Bird said that the first 180 evacuees from Ruprup landed in the provincial capital Wewak late yesterday. Land has been set aside for temporary settlement for the evacuees at Dandan, just outside Wewak town.

"There's good water (access) at the site we've selected. There's traditional relationships with the landowners, so there obviously won't be any conflict," said the governor who conceded it was guesswork as to how long the evacuees would be away from their home islands. 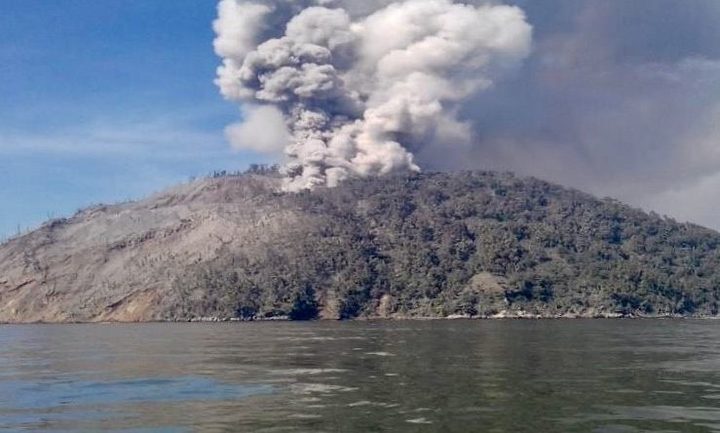 While PNG communities on active volcanic islands have in the past been reluctant to leave their home, Mr Bird was grateful that elders on the affected islands had also seen the need to evacuate, despite past assumptions that the islands weren't active volcanoes.

"The old people on those islands, when they saw the signs, they basically said to their people, we've got to move. Had it not been for that traditional knowledge that had been handed down from their ancestors, we would have had a lot of deaths on our hands, to be honest."

Reports from Wewak indicate there have been a series of earthquakes or tremors in the region over recent days.

Mr Bird said his government had been advising East Sepik coastal communities to be prepared to move away from the coast in the event that the volcanic activity caused a tsunami.

Both Kadovar and Biem were strato-volcanoes whose bases were very deep below the ocean surface.

"If it does explode and if there's a collapse of the volcanic part that's under water that could cause movement of a large volume of water that'll create a tsunami," said Mr Bird.

"As you get to the Wewak / East Sepik coast, it's not deep water, it's actually shallows going towards the shore. So all of the ingredients for a tsunami actually exist all along the coastline because of the shallowness of the water."

Meanwhile, Prime Minister Peter O'Neill echoed the provincial governor's comments about tsunami potential, warning all coastal communities in the region to be on alert for the risk of tsunami resulting from volcanic activity.

"Volcanoes are very unpredictable, we are hearing various reports that activity has been building up and we need to take all precautions to keep our people safe."

Earlier on Sunday, Mr O'Neill had directed that all relevant state resources be made available to support the evacuation of people at risk due to the volcanic activity off the north coast of PNG's mainland. 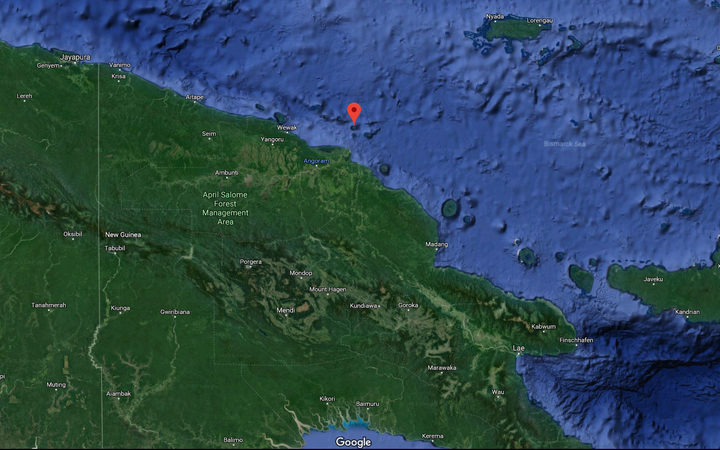 "I have authorised the additional deployment of personnel and assets to assist in the transfer of any people who are in the broader vicinity of the volcano," said Mr O'Neill referring to Kadovar.

"We will not take risks with human lives, let's get people out of harm's way now, and constantly monitor the activity of the volcano."

The government, which had contributed 150-thousand kina to the response effort, would be called on by the East Sepik administration to help with immediate needs such as fuel for the evacuation efforts.

The lengthy turnaround times for the vessels in the voyage to Wewak from the Schouten islands would mean it would take days, and possibly weeks, before the bulk of the population is evacuated.

Mr Bird said he prayed that all of the people on the islands could be evacuated before any major explosion.

"I guess we've been extremely lucky so far - and I thank God - that nothing serious has happened so far, and we've been slightly ahead of the schedule that the volcano might have," he said, alluding to the swift evacuation of Kadovar's community.

While Biem was not quite erupting as yet, the activity on Kadovar was ramping up, according to Mr Bird.

"It looks to me like she's getting ready to rock and roll," he said.

"I'm no volcano expert, but when you see all kinds of smoke rising from every part of the island, and you see crazy stuff happening, and twelve-kilometre dust clouds heading into the atmosphere then, unless you've been watching these things your whole life and you understand how they behave, to me that's intensifying."