A senior volcanologist in Papua New Guinea says it could be years before the people of Kadovar Island can return. 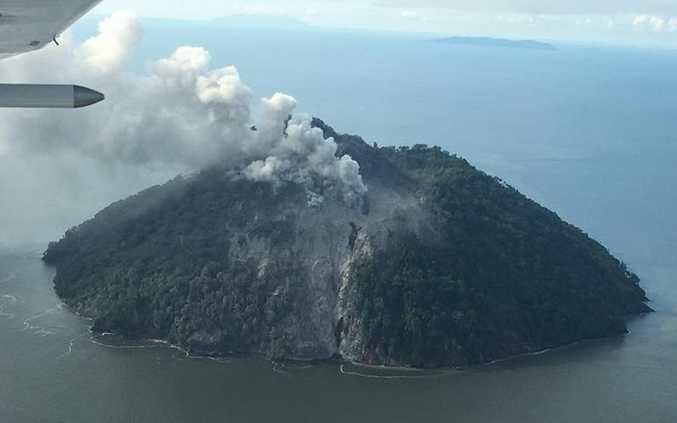 691 islanders were evacuated over the weekend after a volcanic eruption began on Friday and progressively intensified.

The Rabaul Volcanological Observatory's Steve Saunders said the surprise eruption on Kadovar had covered the island in ash but no lava had yet reached the surface.

Mr Saunders said it would either peter out or develop into a full blown eruption where magma and explosive gases escaped.

He said with the islanders successfully evacuated, the main concern now was whether a tsunami would be triggered and aviation disrupted.

Mr Saunders said it could be two years before the island was habitable again.

"The island is very small and it is very steep, and even if the eruption stopped tomorrow it would take a couple of years at least for vegetation to re-establish itself," he said.

"They wouldn't be able to start gardening so they probably will not be able to return for quite a long time."

Mr Saunders said there were now 17 active volcanoes being observed in PNG.