Civil society organisations in Papua New Guinea supporting student protesters of the University of PNG say they will not be cowed by a massive police presence in the capital Port Moresby.

This comes after last night's statement by PNG's police commissioner, Gary Baki, banning any protests in the city today and warning the public that anyone caught disturbing the peace will be arrested and charged.

It also comes amid revelations that the government prevented efforts by university students to conduct a referendum on whether to boycott classes as part of their protest. 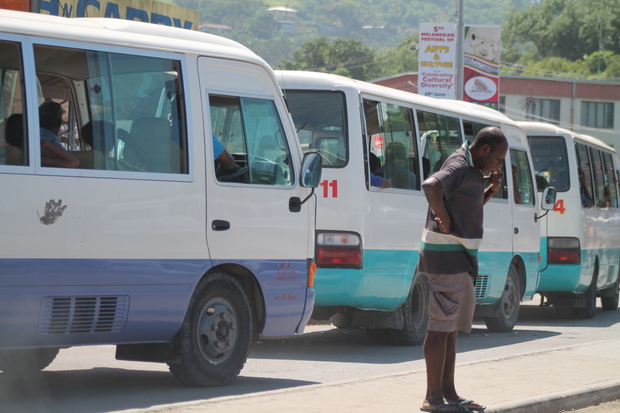 The president of the PNG People's Power Movement, Noel Anjo, said police have misunderstood and overreacted to a stop work notice from the PNG Coalition of Unions.

It called for people to remain at home today as a show of support for protesting university students who are calling for the prime minister Peter O Neill to step down and face corruption allegations made against him in court.

Mr Anjo said protestors would not be intimidated by an excessive show of force from police.

"The students and unions and the civil society, you know we are all teaming up and we will not give up," he said.

"Today's petition, the students will give 24 hours or 48 hours ultimatum for prime minister to step down and if he fails to respond favourably the next course of action is online. And we will continue to do what can until and unless the prime minister steps down from office."

Protesting students at the University of Papua New Guinea are considering legal action against the school administration for suppressing their democratic right to freedom of expression and assembly.

Earlier this week the University claimed some students activities bordered on criminality and invited police on campus to protect students, faculty members and university property.

But the Vice President of the Student Representative Council said the presence of more than 40 police vehicles with heavily armed officers was excessive and bordered on intimidation.

Arthur Amos said for the past three weeks students had simply boycotted classes while calling for PNG's prime minister Peter O'Neill to resign and face corruption allegations made against him.

"Basically we want to get a court order to restrain the administration for suppressing the students for exercising their democratic right," he said, "and for allowing the police to come onto the campus because there is no violent, no intimidation, no fear."

"All the students are doing, what they are doing is they are exercising their democratic right not to attend class. And we don't know why the administration is allowing the police to come into the campus."

Earlier this month, after the boycott began, the Student Representative Council sought an independent referendum of the student body to ratify its action.

However the Electoral Commission did not come to conduct the referendum.

It has now emerged that the Commission was told by government not to conduct the referendum for the University of PNG students to boycott classes.

PNG Today reports that acting Electoral Commissioner John Kalamoroh saying they had planned to conduct the referendum and a team of nine officers was picked last Thursday.

"However as the team was about to be dispatched to the Waigani and Taurama campuses, the State Solicitor telephoned and verbally advised me to recall or pull out the team saying that the Attorney-General's Office was to check court files and find out if the conduct of the referendum would be in breach of existing court orders," Kalamoroh said.

He said there had been no further advice received on the matter.