The University of Papua New Guinea says a militant faction of student protesters are intimidating other students who want to return to class.

The students, whose boycott is in its third week, are calling for the Prime Minister, Peter O'Neill, to step down and face corruption allegations.

The National Academic Staff Association gave its support to the student action, but the University's Academic Senate this week called police onto the Port Moresby campus which a large group of students are occupying. 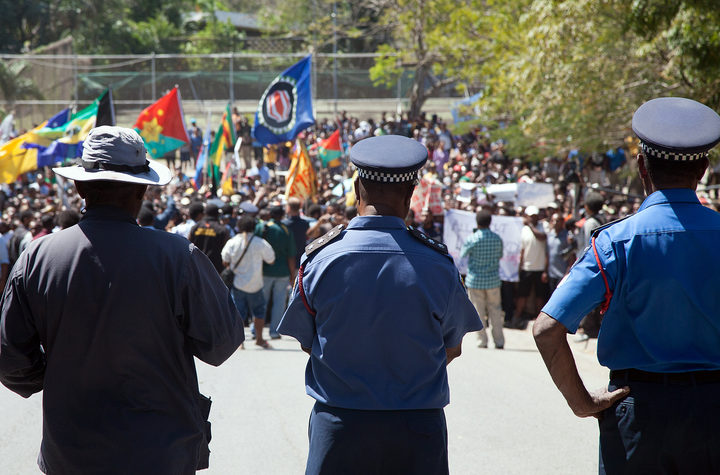 The University's Public Affairs manager, James Robins, said the police were called in response to crimes committed by the protesters.

"Break and enters into offices, we've had the theft of property, the use of weapons to threaten staff and students. In particular one of our pro vice-chancellors was held up with bush knives and his vehicle taken off him."

"The assault of university support staff who do our cleaning, grounds and parks and gardens, the intimidation of students who wish to continue their studies and also the barricading of public thoroughfares," Mr Robins said.

"The police are in no way on the campus to suppress the students' democratic right to express themselves."

Attempts by RNZ International to get comment from the SRC President Ken Rapa have so far been unsuccessful.

Mr Robins said the "militant group" were monitoring lecture theatres to make sure anybody that tried to get in was turned away.

"They've now resorted to face painting and the chanting of slogans at various times during the day and night and its intimidation of those students who do want to come to class," he said.

"Many of the girls in particular, it's in some ways not only verbal but it's the non-verbal intimidation, of the following, of the 'I know where you live' and 'I know who you are' type of thing."

There have been no reports of any arrests and students have condemned the police presence on campus.

PNG's Chief Secretary to the Government alleges that the people behind the current university protests are not students but agitators with sinister purposes.

Isaac Lupari warned that due to the serious nature of threats of violence around the protests, the National Security Advisory Committee would convene to discuss the matter.

Meanwhile, Mr Robins said students had invited various NGOs and activist groups to join them on campus after police refused to allow students to demonstrate on the streets of Port Moresby.

"You've got people who've got a vested interest in the issues at hand, as many of the people in the country have, but they're utilising the student body to their advantage."

A UPNG student leader, Hercules Jim denied that their protest was being influenced by external actors.

Mr Jim has also dismissed suggestions that students were bribed to take action.

The boycott began on May the 2nd in an effort to put pressure on Mr O'Neill to step aside.

Mr Robins said the Student Representative Council (SRC) requested the Prime Minister or his nominee to visit the campus on May the 4th and accept a petition calling for his resignation.

Three members of parliament came to the campus, including the Minister for Higher Education, Malakai Tabar, but Mr Robins said the SRC refused to give them the petition.

"They were here to receive that petition and for whatever reason the Student Representative Council withdrew that and did not give it to them to pass to the Prime Minister."

Hercules Jim said the SRC has made another request of Mr O'Neill to receive the petition, but Mr Robins said the Prime Minister was out of the country. 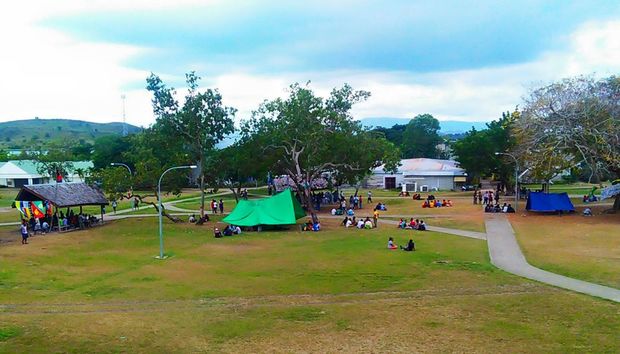 After the boycott began, the SRC sought an independent referendum of the student body to ratify its action.

It requested the PNG Electoral Commission to conduct the plebiscite, but after receiving legal advice the body referred the SRC's request to the Solicitor General .

The Commission could not be reached for comment, but Mr Robins said the SRC constitution gave it the right to request the referendum.

"That unfortunately is still pending because of contempt of court possibilities," he said.

Efforts by the PNG Fraud Squad to arrest the Prime Minister have been blocked by numerous legal challenges which are still before the court.

Mr Robins said the University could not support the students' referendum request given the SRC's demand for Mr O'Neill to step down was sub-judice.

"For us to become involved in that puts us in contempt of court and I go to jail, the Vice-Chancellor goes to jail and the Registrar goes to jail," he said.

The Academic Senate has threatened to cancel the first semester if the students' boycott lasts longer than two weeks.

Mr Robins said the Senate will meet this week to reassess the situation at which point enrollments could be canceled.

"In the meantime, I've walked amongst the students and there's so many of them saying: for God's sake we just want to go back to classes," he said.

Parents are also pressuring University administration to resolve the situation so learning can resume.

Last week, student leaders threatened a mass withdrawal from classes if their demands were not met.