Papua New Guinea's police commissioner Gary Baki hasn't ruled out a future role in the force for a young senior policeman embroiled in allegations of misconduct.

Andy Bawa, the former head of the National Capital District police command who was re-deployed by Mr Baki to the Highlands last year, has presented himself for questioning in the capital.

While the policeman's whereabouts have now been established, Comissioner Baki said he was being investigated partly over alleged misuse of public money.

"Andy was responsible for the policing part of the security operations for the South Pacific Games last year in Port Moresby. There was some allowances funding given to him to pay his police officers and from my understanding... there is a substantial amount of money that was left over. But there was no accountability in terms of how this funding was used"

Mr Baki said that as far as he is concerned Mr Bawa is unattached at the moment because he never went to the Highlands to take up his new post in Mt Hagen.

"I've given that opportunity to Andy Bawa to be in the capacity of being a deputy commander in the Highlands, which is more challenging for him than Port Moresby, but he chose to the contrary."

Andy Bawa is still relatively young for a senior policeman and the police commissioner explained that he could still play a leading role.

"What I'm saying now is Andy, the door is not closed for him. He needs to come forward and tell me that, you know, I want to be re-deployed, find something for me to do." 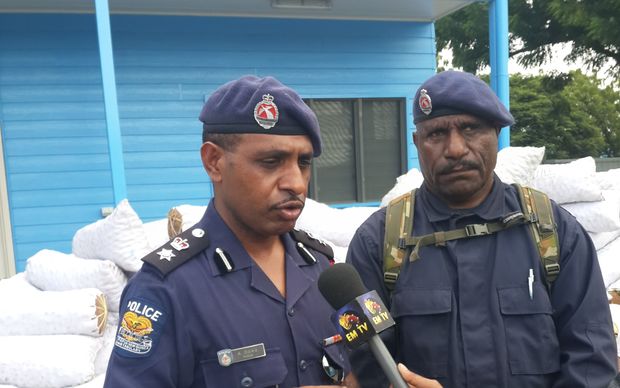 Meanwhile, Andy Bawa told local media he was prepared to defend his integrity as a police officer and denied that he abandoned his duty as a deputy commander in the Western Highlands.

He said that police headquarters failed to provide tickets for his family to go with him to the Highlands after his appointment, therefore he took leave.

Mr Baki said there are also unresolved questions about Mr Bawa's command during the killing of notorious bank robber and prison escapee Willam Kapris in 2014, and a controversial Hanuabada shooting in early 2015 when police shot two betel nut vendors.

The commissioner denied that the move to bring Mr Bawa in for questioning was related to a hand grenade attack on Mr Turi's official residence in Gerehu last month.