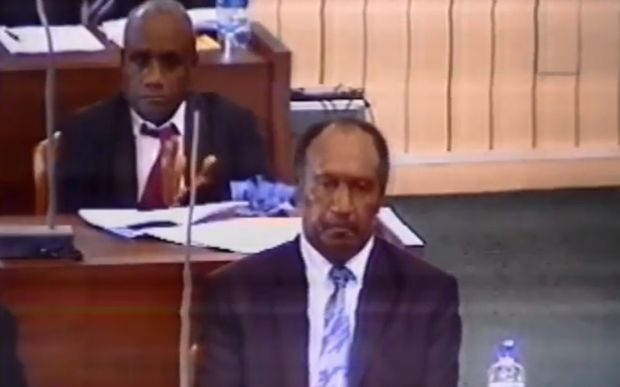 The Pentecost MP Charlot Salwai has been elected as Vanuatu's prime minister by the country's newly elected parliament.

The fourth-term MP and head of the Reunification of Movements for Change party was elected unopposed today at the first sitting of the 11th legislature.

The decision came amid a political impasse created by the collapse of the Sato Kilman-led government, around half of whose members were jailed for bribery-related charges.

While there were no other candidates for prime minister, the constitution still required parliament to hold a secret ballot, through which Mr Salwai received the votes of 46 of the 52 MPs, with five void votes and one abstention.

He heads a coalition called the Unity for Change bloc with at least ten parties in it, including the Vanua'aku Pati and Graon mo Jastis Pati, both of which have six MPs each.

While the RMC grouping only has three MPs, Mr Salwai is considered a capable middle choice with previous experience in the Finance and Education ministerial portfolios.

As a Francophone, Mr Salwai is also seen as a possible bridging agent between Vanuatu's nationalist political groups and the mainly French-influenced Moderates.

The VP's Joe Natuman is to be the deputy prime minister and the Grao mo Jastis Pati's Ralph Regenvanu will pick up the Lands Minister portfolio.

Gaetan Pikioune of the Nagriamel Party is to be the new Finance Minister and the National United Party leader Ham Lini will be Climate Change Minister.

Earlier, the Malekula MP Esmon Saimon was elected speaker after being nominated by the Unity for Change bloc and then winning the vote 33-18 over the Torres MP Christophe Emelee, who was nominated by the remnants of the Sato Kilman-led caretaker government.