This week on The Critic's Chair, Erica Challis reviews just two discs, both of them Requiems: Berlioz' Grande Messe des Morts recorded by Sir Colin Davis with the London Symphony Orchestra and Chorus, and a disc called Mozart Requiem Realisations with King's College Choir Cambridge and the Academy of Ancient Music directed by Stephen Cleobury. 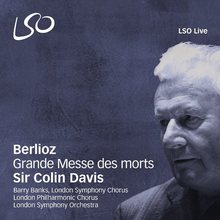 This new performance of Berlioz' Requiem was recorded just last year in St Paul’s Cathedral with Colin Davis conducting the London Symphony Chorus, London Phillharmonic Choir and the London Symphony Orchestra. In his 85th year at the time, Davis’ reading of this great work is patient, majestic and at time utterly sublime. Listeners unfamiliar with the Requiem may be surprised by Berlioz’ restraint in a work that musters such large forces. Davis’ recording is an outstanding live performance, and a fitting testament to the conductor, who died earlier this year. 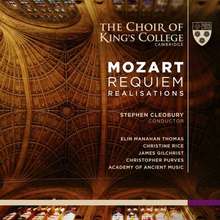 The well-known Mozart Requiem receives a polished presentation from the Choir of King’s College Cambridge, conducted by Stephen Cleobury. From the fine solo quartet, Elin Manahan Thomas’ clear, pure soprano stood out, matching beautifully to with the sound of the boys’ choir. The performances suffered overall from tempos that were driven and rather metronomic, leaving no room for the phrases to breathe. However the recording also comes with an interesting second disc, an audio documentary about the history surrounding the Requiem. The musical examples showing Mozart’s antecedents are particularly revealing.