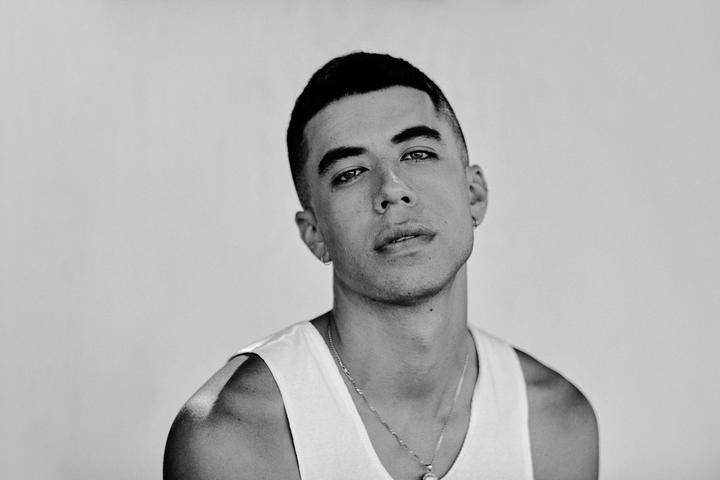 In March 2019, the young singer TEEKS performed in the Auckland Town Hall with the Auckland Philharmonia Orchestra. On stage, he was very quick to express the pleasure that he’d found in this orchestral partnership, with Mahuia Bridgman-Cooper’s arrangements wrapping up his ballads in lustrous korowai.

The upcoming first album that TEEKS promised us that night has taken two years to become reality. Something to Feel has one of the sexiest local covers for aeons — that is if you like rear views of a lithe male torso

As a major release on a multinational label — in this case Sony — one can sense the meticulous grooming that’s gone into every detail of TEEKS’ presentation. Images and portraits  — often with the singer in casually elegant singlet — fit in well with his being hailed by Vogue magazine last year as New Zealand’s soul singer to know, with a voice deep and smooth as butter, causing some to dub him the male Adele.

He has talked about the linear narrative that this album represents – a journey that explores his own personal growth, coming to terms with his emotions, and achieving what he describes as a progressive masculinity. That is, a reclamation of ideas and values that his Māori ancestors always knew and knew the power of. So it’s reconnecting to that part of who he is.

From the very beginning of his career, TEEKS has always been staunch in his stand on Māori cultural issues yet strangely enough, for a man sufficiently fluent in te reo to teach it, his songs are emphatically written and sung in English. And that, he stresses, is the language that he prefers to work in.

And you won’t find any taiaha brandishing or firebrand politics in this collection of what’s essential a series of pretty melancholic love songs ... unless you indulge in reading between the lines.

But it’s very easy to get utterly caught up in the spell of the songs and the singing.

'Remember Me' (Toi) – TEEKS
Something to Feel
(Sony)

'Just for Tonight' (Toi) – TEEKS
Something to Feel
(Sony)

'Here Before' (Toi) – TEEKS
Something to Feel
(Sony)