Each episode of Bugle Stories looks at a different, shiny or dull, facet of a little copper and brass instrument, the standard army issue bugle. Here are some accompanying images. 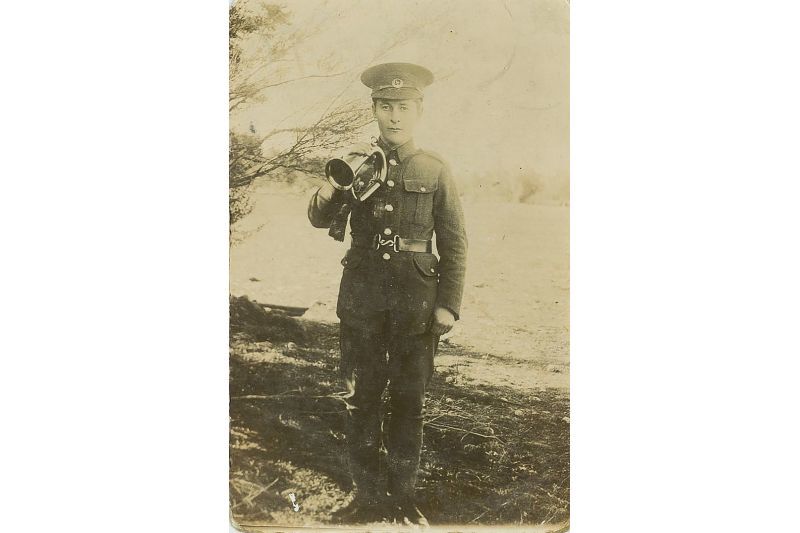 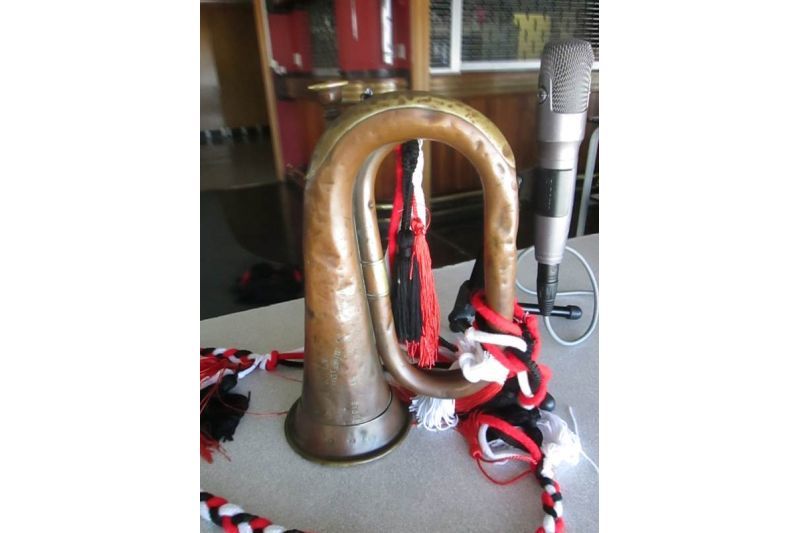 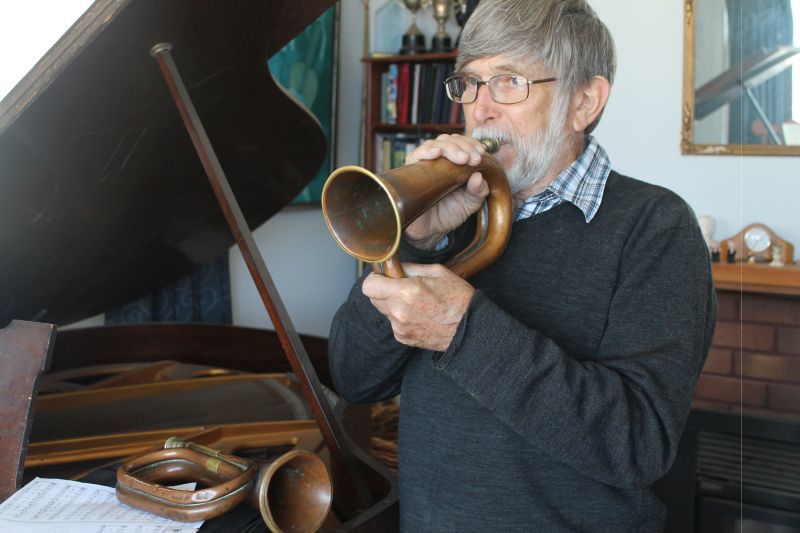 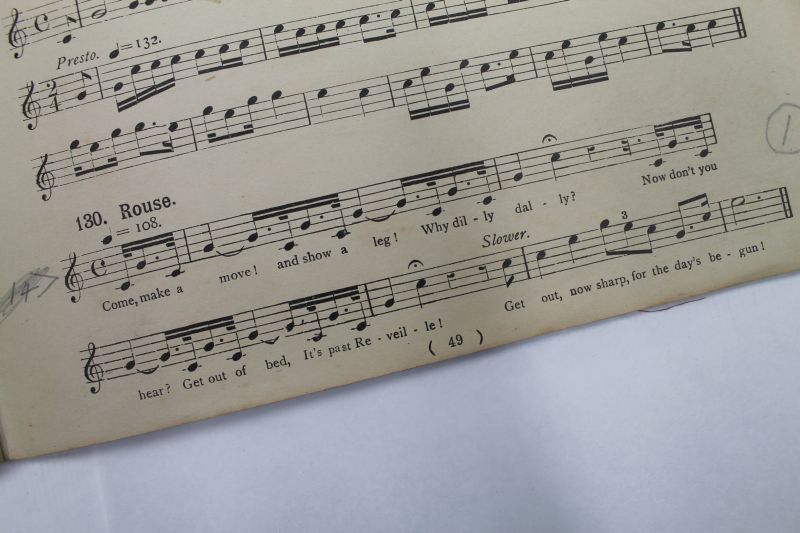 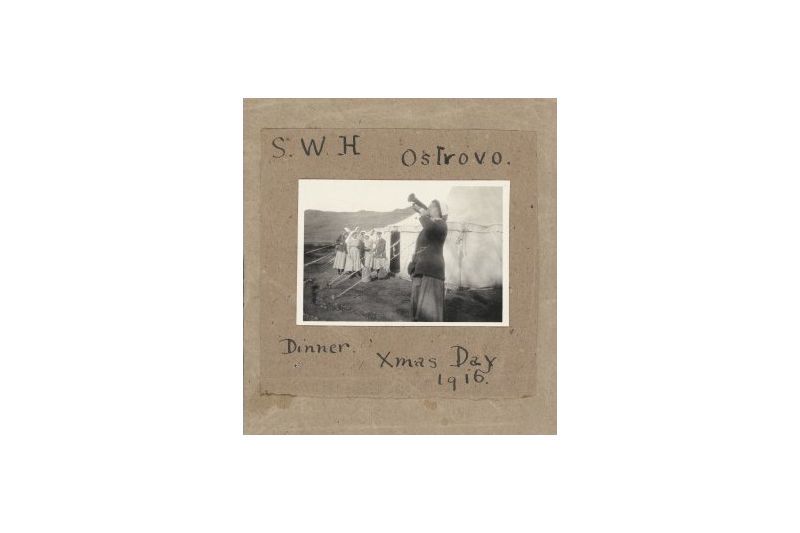 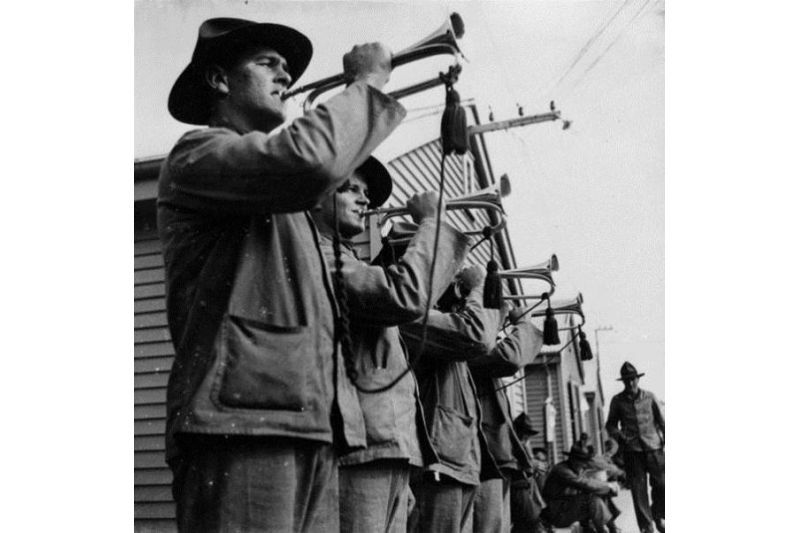 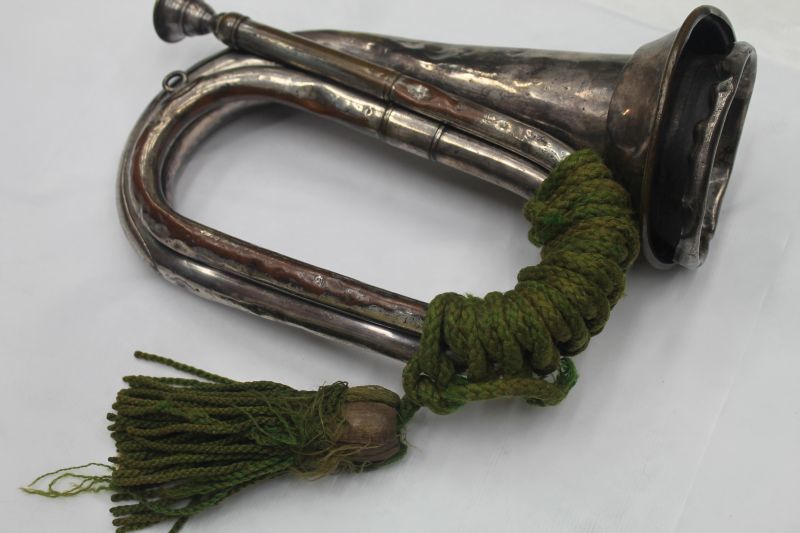 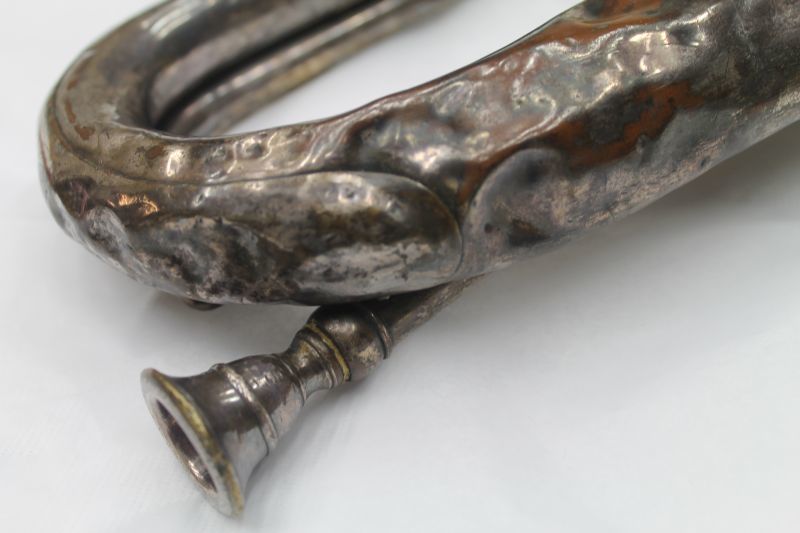 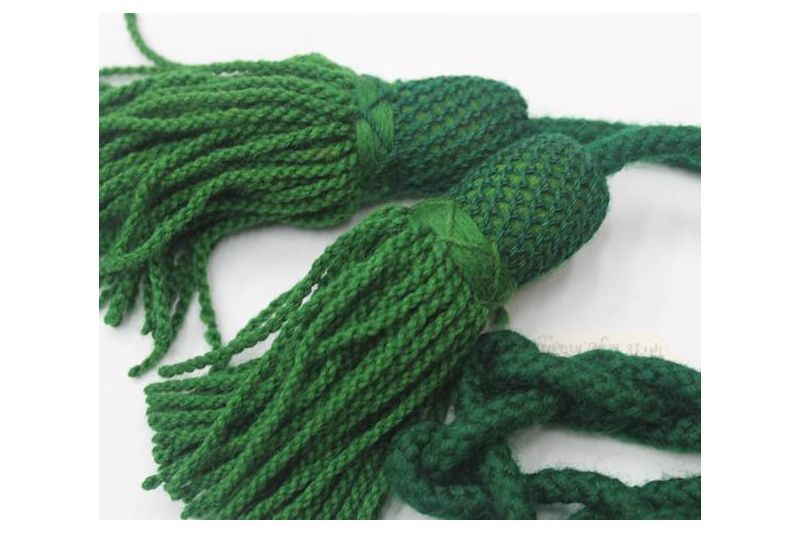 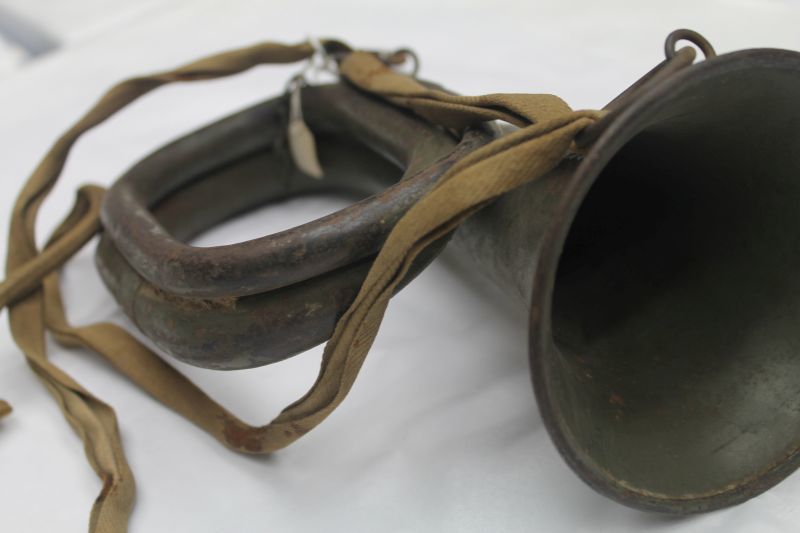 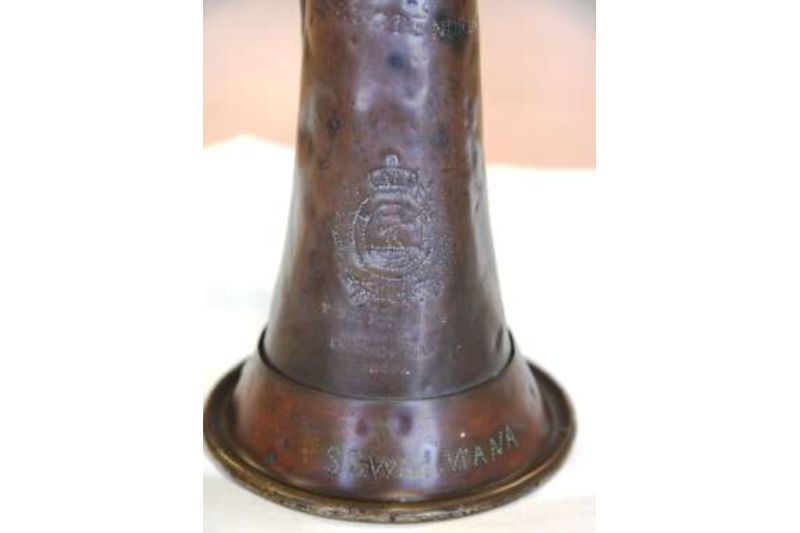 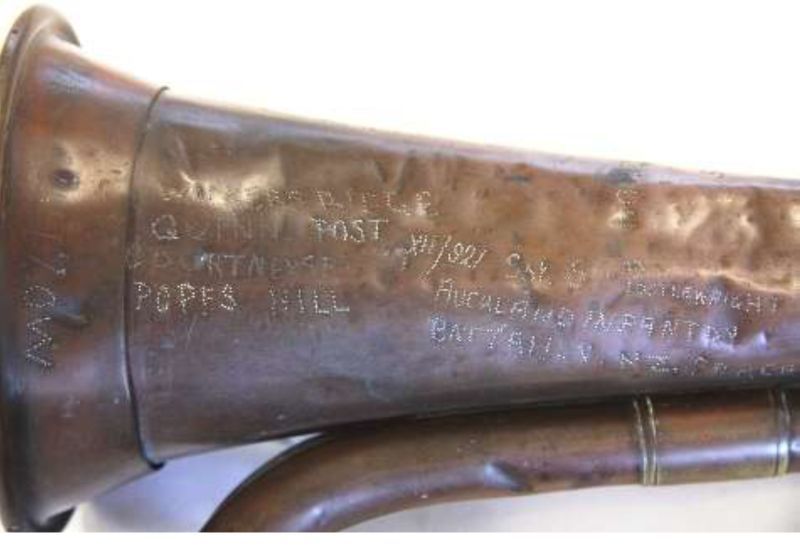 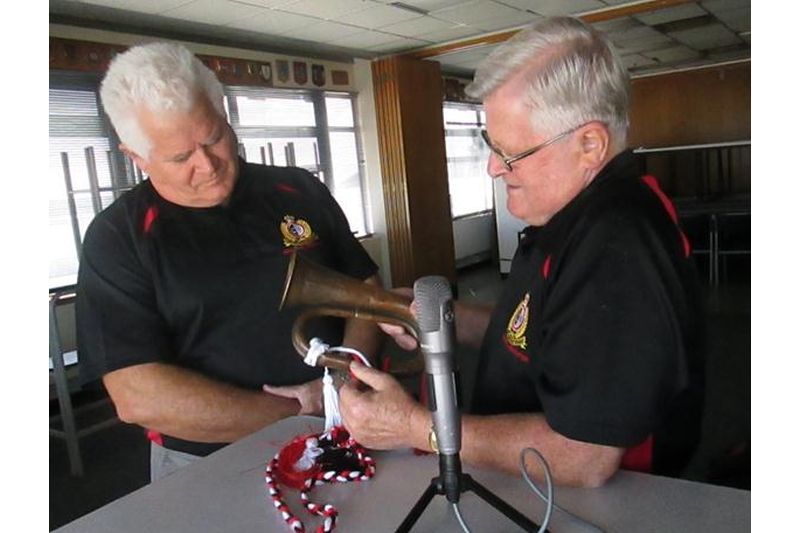 Blake and Ken with the bugle in the taproom. Photo RNZ/ Shelley Wilkinson. 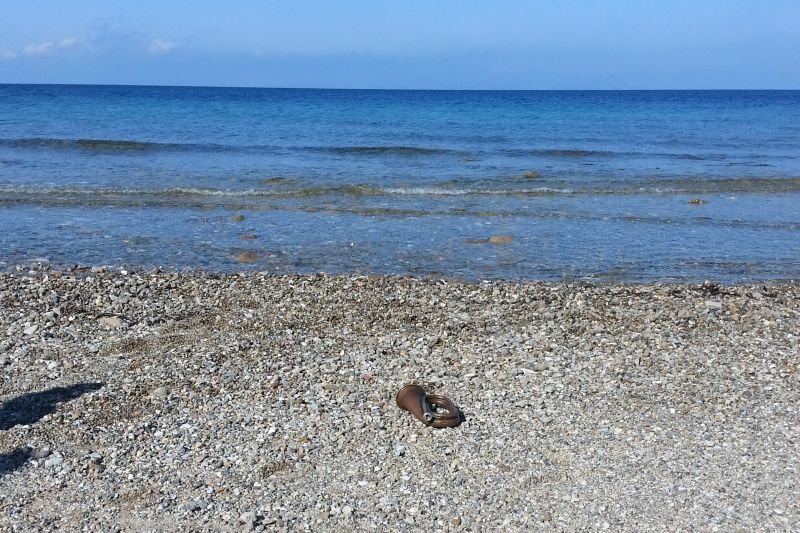 "The bugle has made it back to Anzac Cove….!!" So wrote Captain Graham Hickman, Director of Music for NZ Army Band from ANZAC Cove, 21 April 2015. The “tattooed” bugle will be played at the special combined forces dawn service there, and later in the day up on Chunuk Bair. Photo: Graham Hickman. 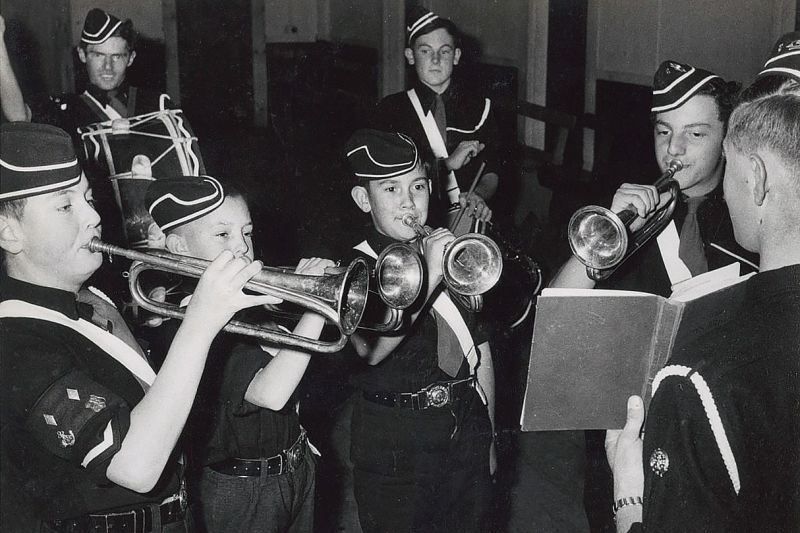 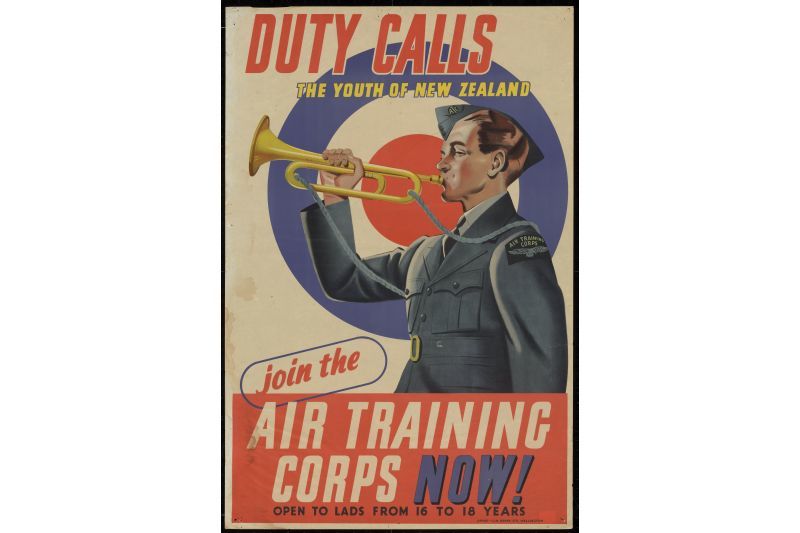 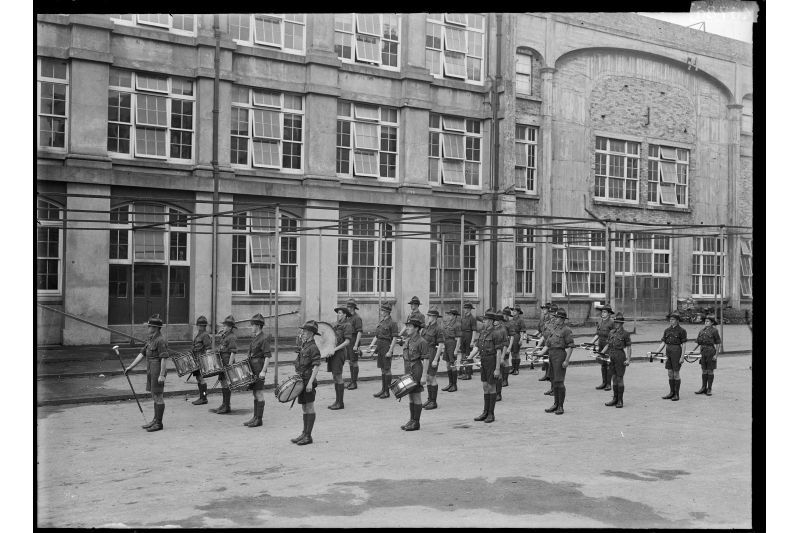 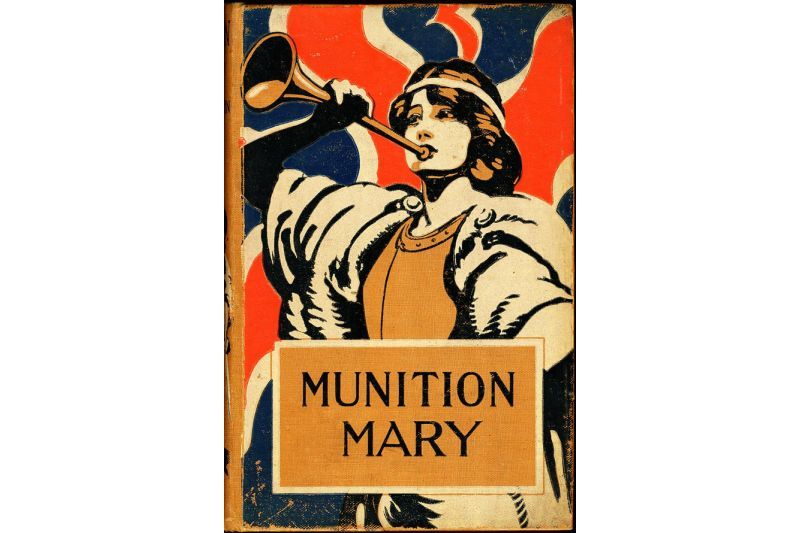 Cover of ‘Munition Mary’ C. 1917 by Brenda Girvan (1862-1952), illustrated by Gertrude Demain Hammond “a novel for teenage girls about a teenage girl, the eponymous Mary” 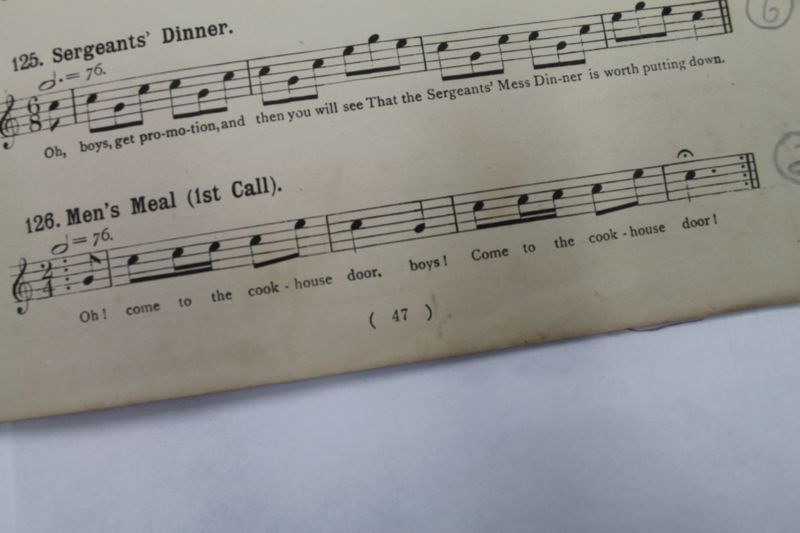 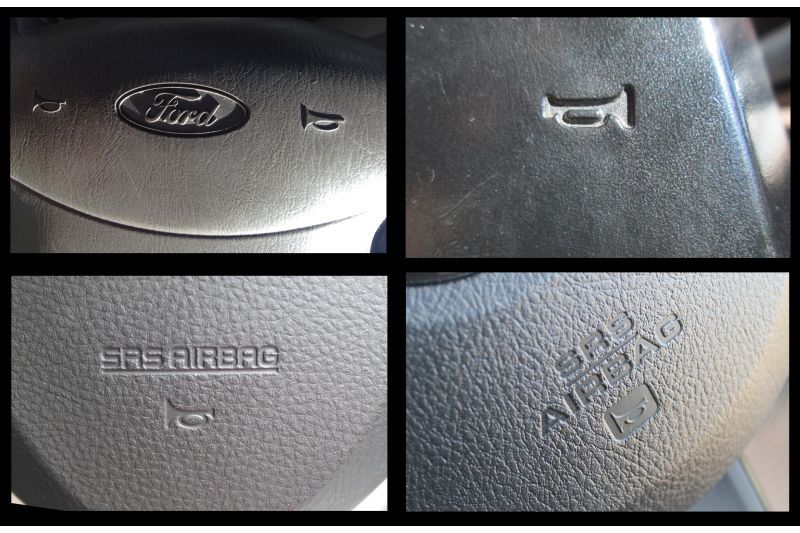 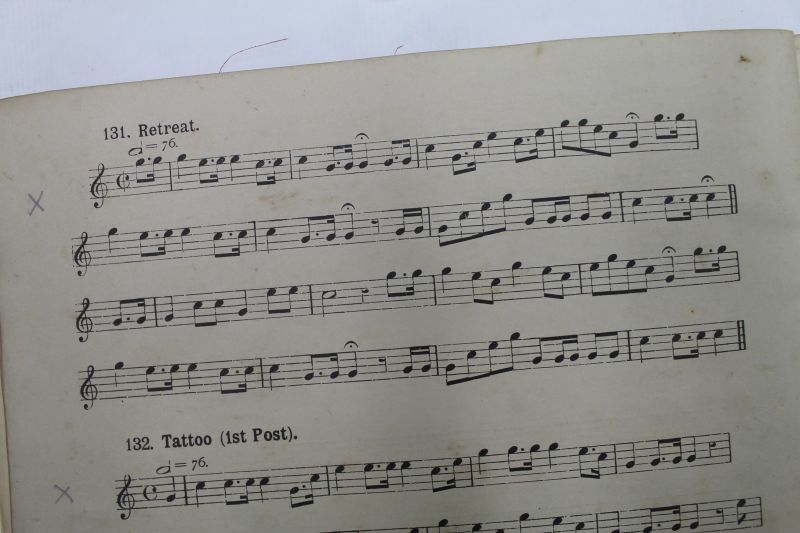 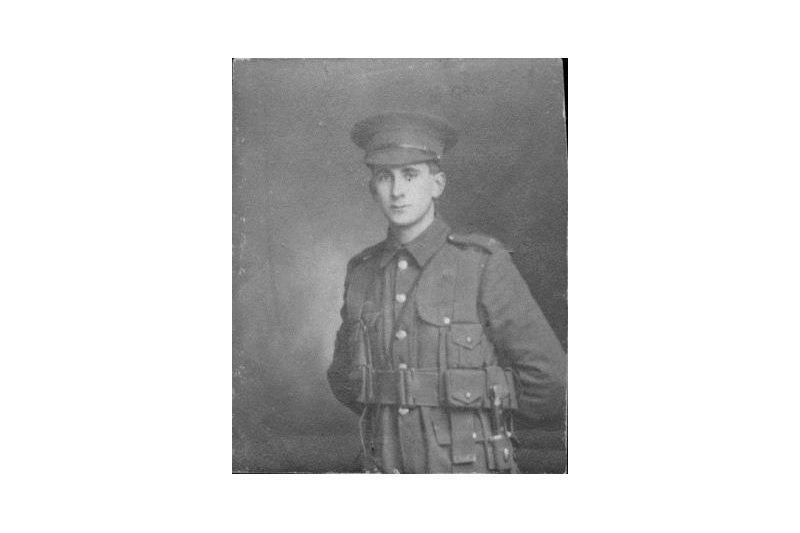 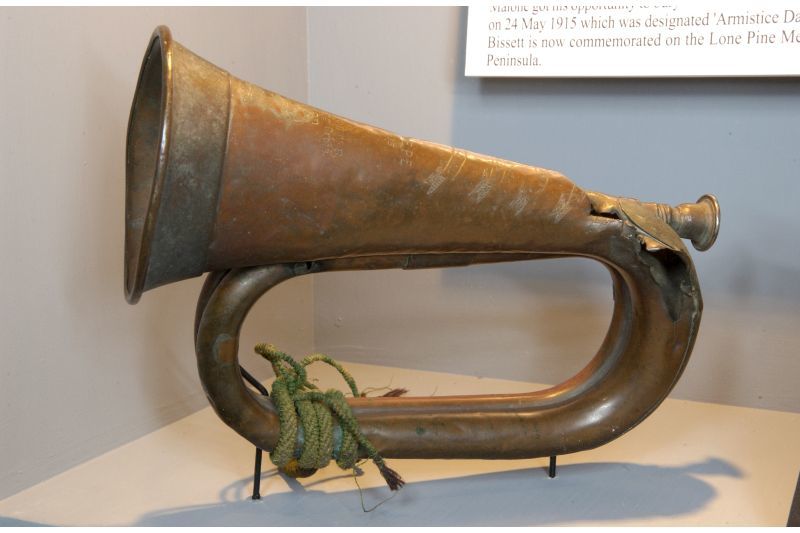 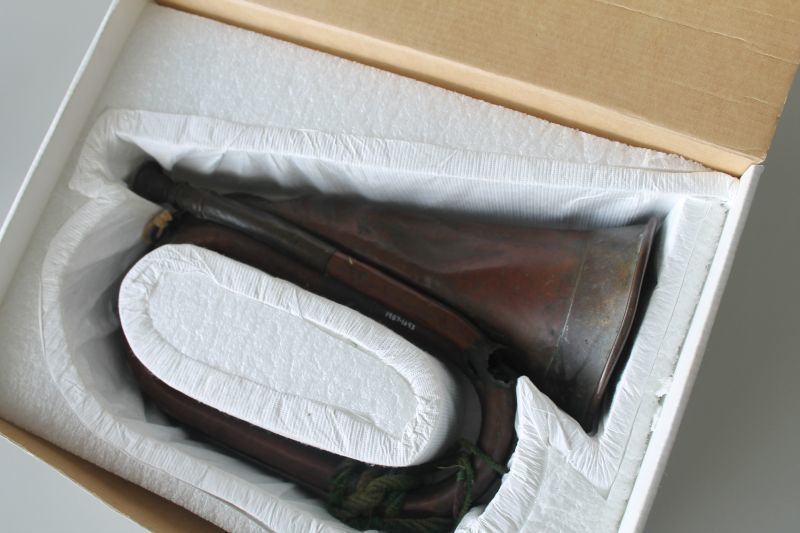 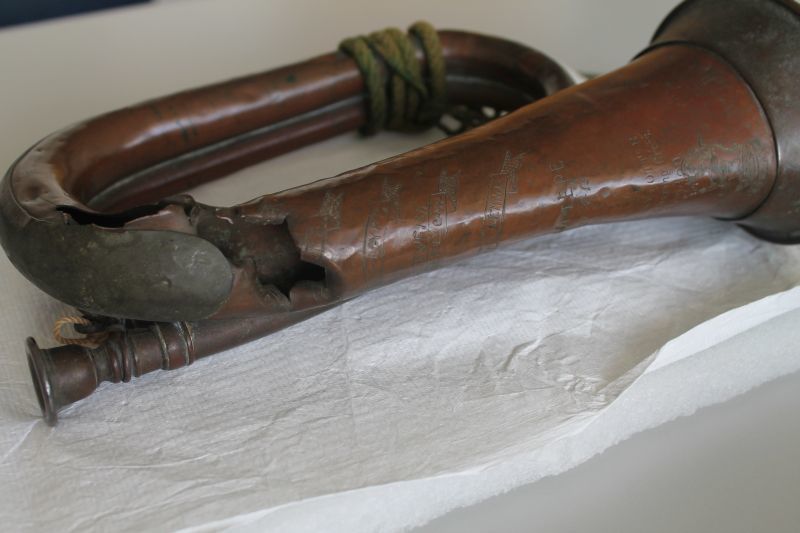 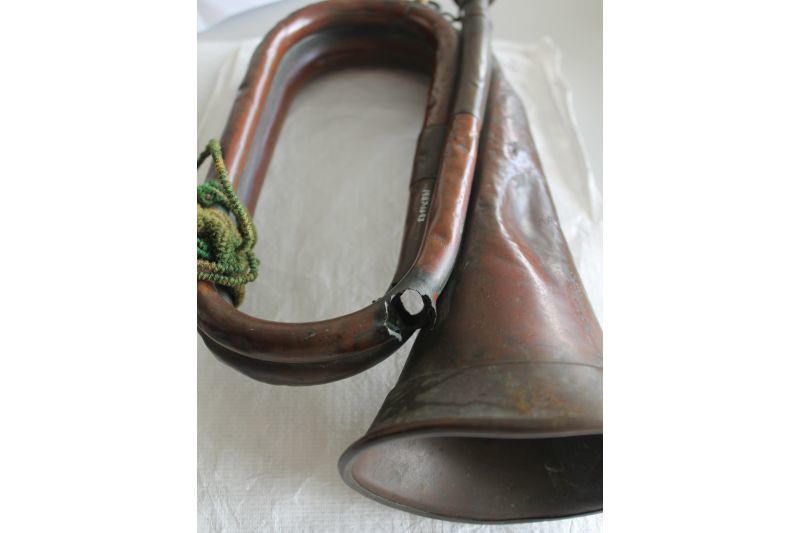 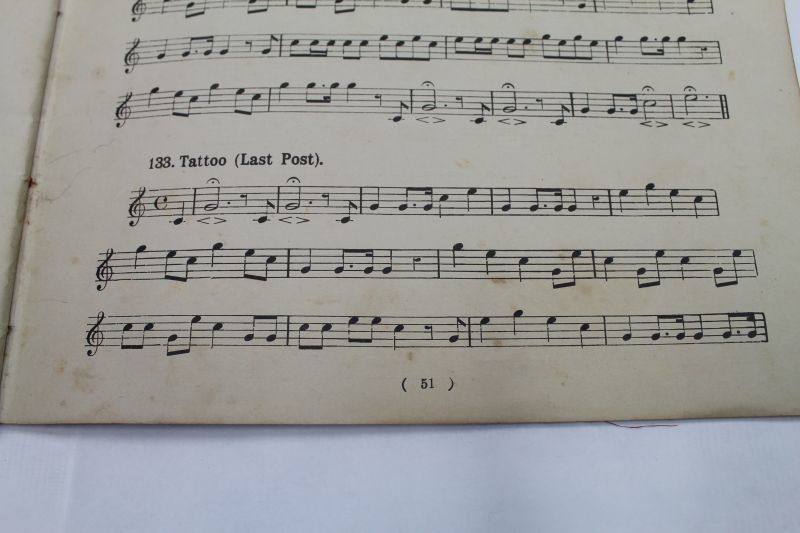 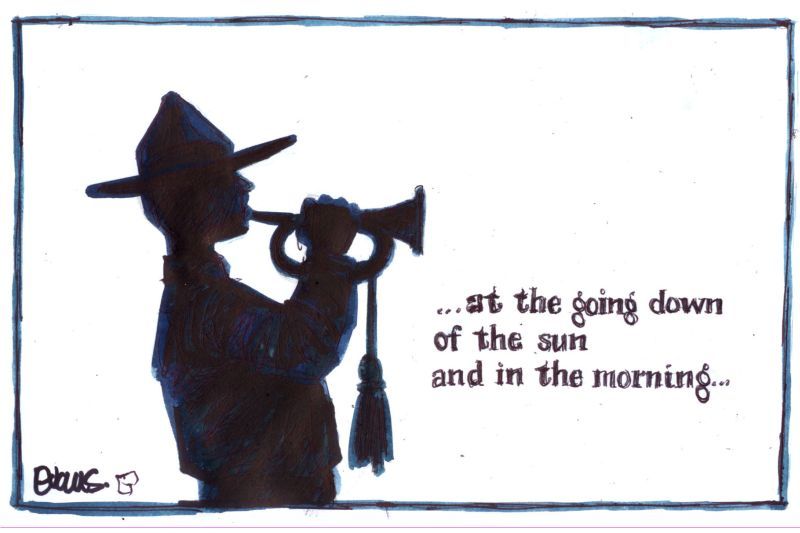 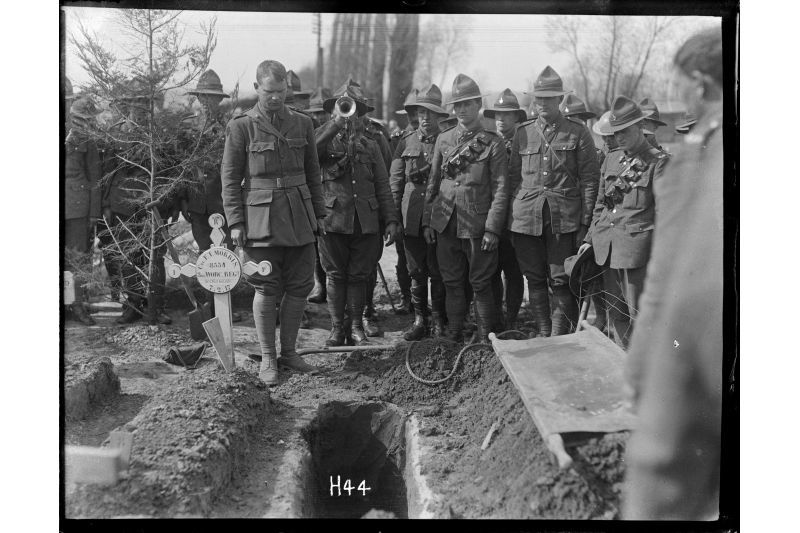 Producer Shelley Wilkinson talks about something that is dear to her heart, and which surfaced through family memories and memorabilia, namely a photo of her Great Uncle Cecil.