The Christchurch Symphony Orchestra welcomed a new music director, Benjamin Northey, at the beginning of their 2015 season. To celebrate, RNZ Concert planned something exciting for the network: the first live broadcast of the CSO to our network in over 30 years.  Using high quality stereo audio streaming over the internet, we were able broadcast the concert live to the nation, with RNZ Concert presenter Clarissa Dunn hosting from the stage.

This recording was named as a finalist in the 2016 New York Festivals Radio Awards - the world's largest radio competition - in the Best Music Special category.

The Concerto also incorporates a Māori waiata (“song” or “chant”) which recounts the legend of Tāne, who entered the underworld in search of his wife and returned to the living world to raise their descendants, taking with him stars to adorn the sky father Raki (Rangi).

In 2014, the CSO gave New Zealand composer and conductor Kenneth Young the chance to dream big with a commission for his 3rd Symphony.  The inspiration was over forty years in the making and brought together two of the ensembles that were seminal in his personal development as a musician and tuba player.   The CSO was the first orchestra he performed with professionally back in 1973, and before that he had worked his way through the ranks of the Woolston Brass Band from the age of 7.  Young says that over the years, he’s always had the nagging idea to combine the two ensembles into a large scale work, and the CSO and Woolston Brass were happy to oblige.

YOUNG: Symphony No. 3, for brass band and orchestra

In July of 2014, the Christchurch Symphony Orchestra ventured into an unusual Trans-Tasman collaboration.  With their music director Tom Woods’ musical ties to the city of Melbourne, they approached the Melbourne Youth Orchestra to join them in New Zealand for a special performance.  The music was Mahler’s Symphony No 2 in C minor, the Resurrection…music whose inspiration and words took on new meaning for a resilient city rebuilding from the devastating earthquakes of 2010 and 2011.

The concert took place in the main hangar of the New Zealand Air Force Museum in Wigram, and  was a resounding success.  Once the applause had died away, it wasn’t the end of the event; because videographers and Radio New Zealand Concert were there to record the event…and a screening of the concert video was then shown outdoors in Melbourne’s Federation Square in late August of 2014, presented by the orchestra’s parent organisation: Melbourne Youth Music. 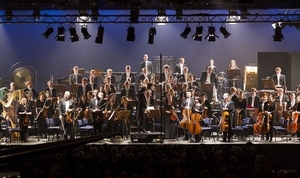 In 1958, under the vision and direction of Professor John Ritchie, the Christchurch Symphony Orchestra was formed. Over the past sixty years, the orchestra has grown to establish itself as a cultural asset to Christchurch and the wider communities of the South Island of New Zealand.

The orchestra actively contributes to the cultural diversity of the Christchurch community through a full and varied concert season, as the orchestra of choice for many touring artists and other arts organisations, through its extensive Community Engagement programme, and at civic events.

Championing New Zealand composers and artists is hugely important to the CSO and the orchestra has for many years, showcased and premiered New Zealand works and performed with the best of New Zealand talent. 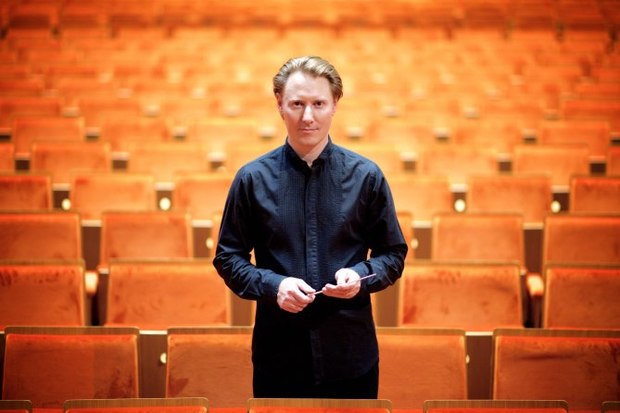 Northey studied with John Hopkins at the University of Melbourne Conservatorium of Music and then with Jorma Panula and Leif Segerstam at Finland’s prestigious Sibelius Academy where he was accepted as the highest placed applicant in 2002.  He has appeared with the London Philharmonic Orchestra, Mozarteum Orchestra Salzburg, Hong Kong Philharmonic, National Symphony Orchestra of Colombia, New Zealand and Christchurch Symphony Orchestras, Auckland Philharmonia and the Southbank Sinfonia of London.

In Australia, Northey has made his mark through his many critically acclaimed appearances as a guest conductor with all the Australian state symphony orchestras as well as opera productions. Recordings include several orchestral releases for ABC Classics with the Melbourne, Sydney, Tasmanian, Adelaide and West Australian Symphony Orchestras.

Northey is the recipient of numerous awards including the 2010 Melbourne Prize Outstanding Musician Award, the Brian Stacey Memorial Award, the Nelly Apt Scholarship and the 2007 Limelight Magazine Best Newcomer Award.  In 2009, he was selected as one of three conductors worldwide to the Allianz International Conductor’s Academy where he conducted the London Philharmonic and the Philharmonia Orchestras under the mentorship of Vladimir Jurovsky and Christoph von Dohnanyi.