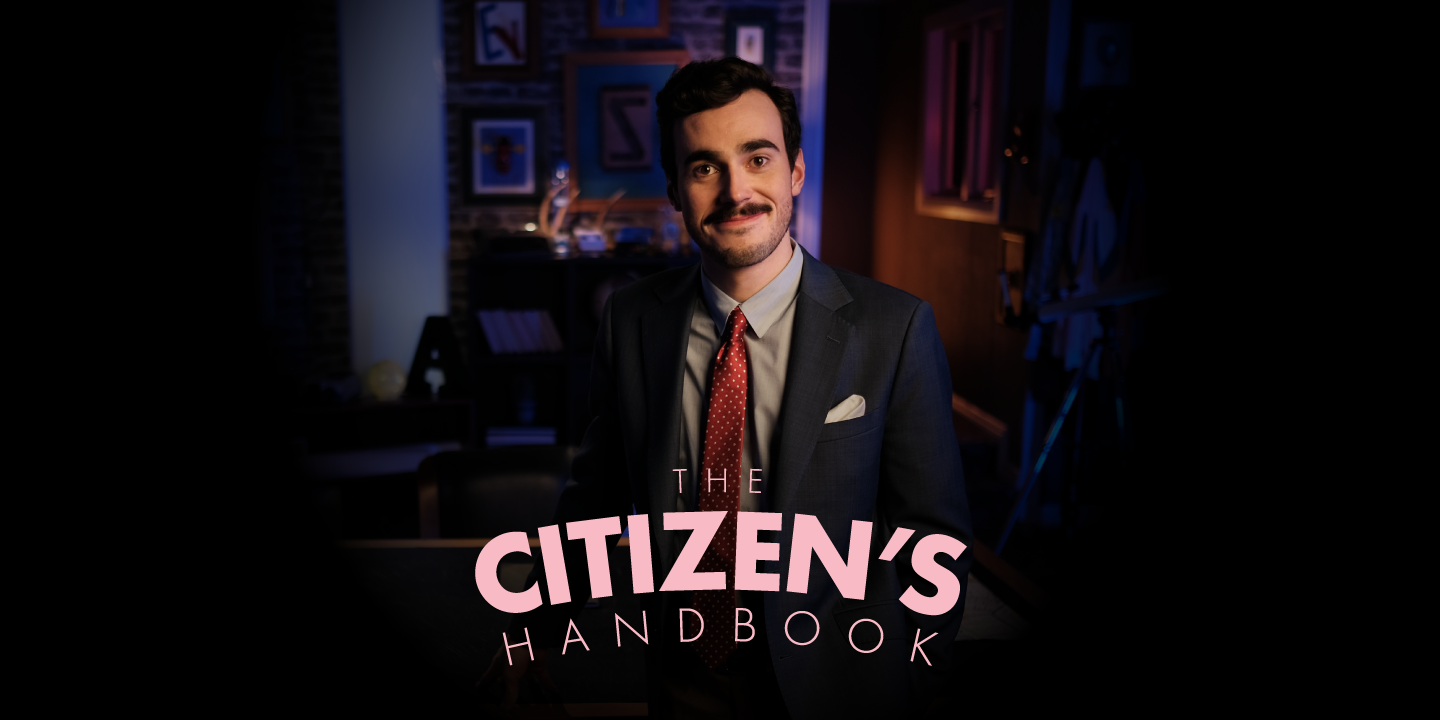 Navigation for The Citizen's Handbook

Subscribe to The Citizen's Handbook on Apple Podcasts, Spotify, Google Podcasts, Stitcher, iHeart Radio, Radio Public or wherever you listen to your podcasts.

Earlier in 2020, the creators of White Man Behind a Desk brought you The Citizen's Handbook, which was all about empowering the audience with the knowledge of how this country came to be, how it currently works, and how we can face the challenges that lie ahead.

Robbie Nicol and Finn Teppett have returned ahead of the 2020 New Zealand General Election to break down not only how to vote, but provide background and knowledge on the two referendum so everyone in New Zealand understands what they are voting on.


The Citizen’s Handbook is a ten-part Video and Podcast comedy series and civics class for all New Zealanders created by the award-winning team behind the popular satirical web show White Man Behind A Desk.

The series covers five topics: history, politics, law, economics, and international relations.  In writing and producing the series, the creators (Robbie Nicol and Finnius Teppett) have teamed up with relevant experts and a writers’ room built on a partnership between Māori and Pākehā to ensure that all information is culturally and historically accurate.

Using thorough research and sharp comedy, The Citizen’s Handbook empowers its audience with the knowledge of how this country came to be, how it currently works, and how we can face the challenges that lie ahead.

The Citizen’s Handbook puts the focus onto the actions of people, and by highlighting the power of human action in creating the present, we’re demonstrating that your actions can have a powerful impact on the future.