An American ship has broken the ice by visiting Wellington for the first time. 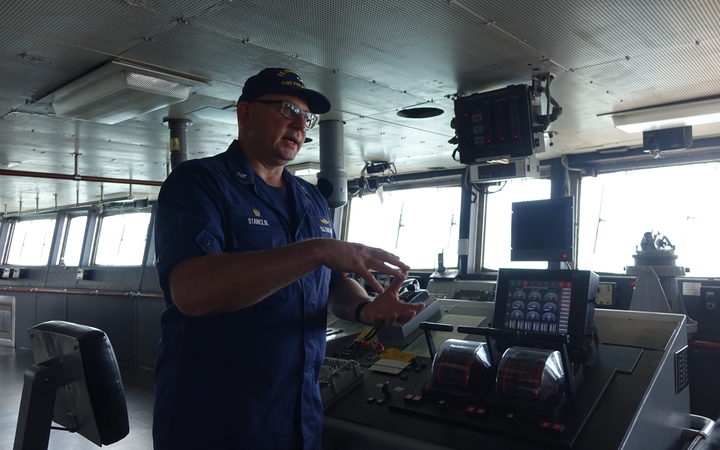 This is the third time the US Coast Guard cutter Polar Star has visited New Zealand, but this time she bypassed Lyttleton and came to Wellington on the way back from Antarctica.

The trip is part of an annual mission known as Operation Deep Freeze to ensure much-needed supplies get through to Scott Base and McMurdo Station.

The crew onboard the ice cutter described the shaking and sounds like an earthquake as the ship jolted from port to starboard as the wide bow cracks through the ice up to 3m thick.

The ship travels from Seattle to Antarctica once a year in order to create a channel for cargo and fuel vessels to follow behind, delivering supplies to science programmes on Scott Base and McMurdo Station.

A technique called backing and ramming is used to break the ice, where the ship rises up on top of the ice, and then reverses and drives back.

Captain Gregory Stanclik described the action as a sledgehammer movement.

"The whole technique of ice breaking is riding up on the ice and using the displacement of the ship to actually crack it, and then the shape of the bow is much like a rugby ball - it actually guides the ice that we break".

The ice then scrapes past the ship, hitting propellers and creating slush allowing other vessels to pass through.

When ice cutting, the Polar Star travels at a slow five knots an hour, covering just 1.6km a day. 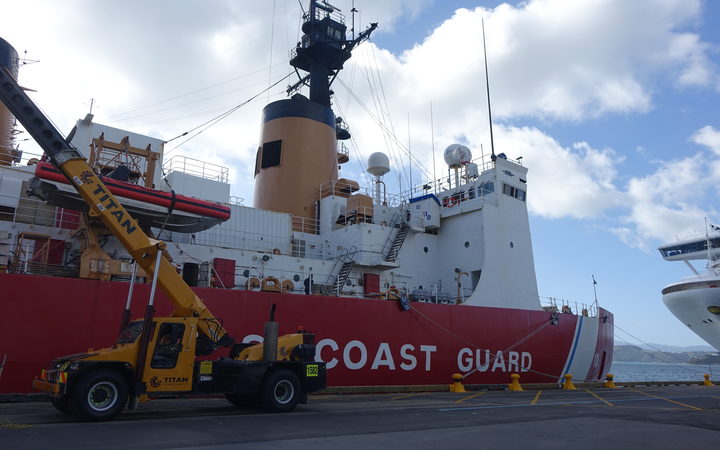 "We come down to Antarctica every year and do this mission, of operation Deep Freeze, to ensure that McMurdo station gets the supplies they need for the whole continent.

"Eighty percent of all the containers that go to Antarctica go on the ships that we clear the path for, in order for them to get to the ice pier."

After 46 days on board the crew was looking forward to spending time onshore.

"I'm a big sports nut, so I don't get to watch sports much.

"We don't necessarily have TV all the time, especially down south, there is no satellite so I don't get to watch all the games I want to see.

"The crew are excited to catch some sports news and explore the Wellington food scene."

For others on Antarctica, they looked forward to the delivery of fresh food like oranges, salad and eggs.

The crew have a few days in Wellington to get their fix of cravings before heading back to Seattle.