A lottery ticket holder in South Carolina has scooped the largest jackpot in US history. 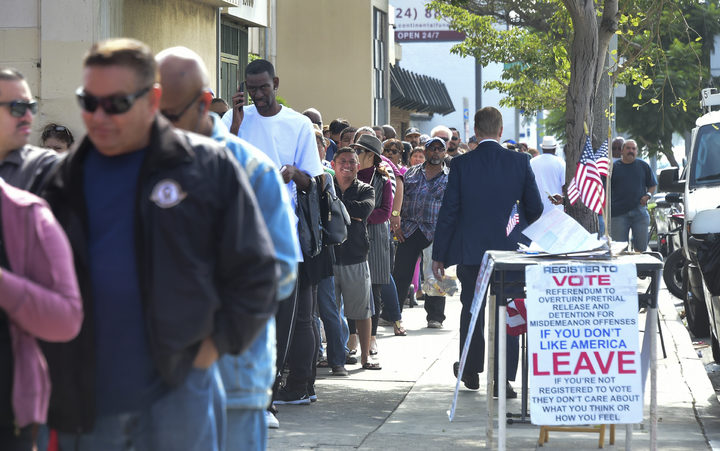 Mega Millions confirmed there was one winner for the whopping $US1.6 billion ($NZ2.45b) prize.

People had been lining up at service stations and stores nationwide for a chance to win the huge prize.

Tickets for the Mega Millions draw are sold in 44 US states, the District of Columbia and the US Virgin Islands and there had not been a top prize winner since July.

"The moment we've been waiting for finally arrived, and we couldn't be more excited," said Gordon Medenica, lead director of Mega Millions Group.

"This is truly a historic occasion. We're so happy for the winner, and we know the South Carolina Education Lottery can't wait to meet the lucky ticket holder."

But who that lucky winner is may remain a mystery to the public. South Carolina is one of eight states where lottery winners can keep their anonymity.

The winner can decide to take a cash payout of $913 million after tax, or opt to have it paid out in instalments over 29 years.

Financial advisers have debated which option is better, and factors to consider include where a person lives, how much money they need each year, investment return rates and changes in federal taxes.

Those who think the US top tax rate will drop over time should choose instalments. Those who do not trust themselves to avoid frivolous spending should also go for instalments, experts say.

But, if a winner has the ability to invest the lump sum properly, that would create a heftier nest egg.

The huge jackpot had lottery ticket buyers speculating on what they would do with the money if they won. Some dreamt of buying an island or a fast car, others of opening shops and creating jobs.

Mega Millions was created in 2002 and has seen a number of changes to the rules over the years that have reduced the odds of winning, leading to larger jackpots.