Zimbabwe's police today issued a ban on all public gatherings and illegal food vending to control the spread of cholera, which has killed 21 people in the capital Harare so far. 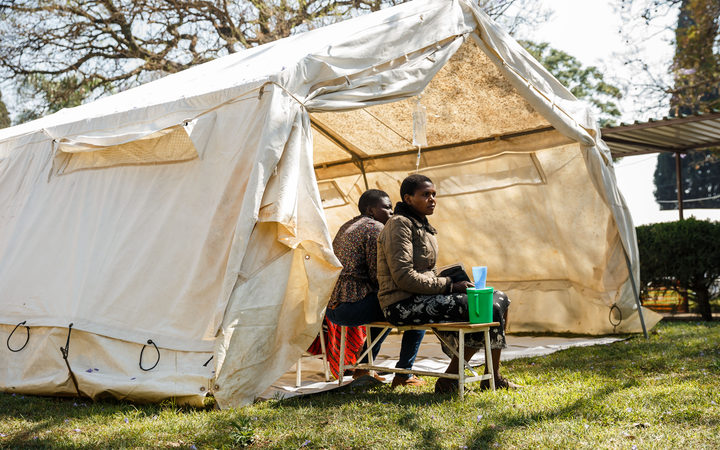 Cholera patients wait for treatment outside a tent at the cholera treatment centre of the Beatrice Infectious Diseases Hospital in Harare. Photo: AFP

The ban was announced a day after the government declared the disease an emergency.

National police spokeswoman Charity Charamba said it would remain in place until the cholera outbreak was under control. She urged members of the public to heed the ban as it would assist in alleviating the spread of the disease.

The main opposition leader, Nelson Chamisa, visited clinics where cholera patients were being treated today and called for collaboration between city health officials and the government.

Police also said they had stopped the selling of food by illegal vendors on the streets in two of the most affected suburbs and in the city centre.

"Police will intensify patrols and surveillance in the Harare central business district and will be out in full force to ensure compliance with the government without fear or favour," a police statement said.

More than 3000 people had been infected by cholera and the disease had now spread outside the capital, Health Minister Obadiah Moyo told a meeting of government departments.

It is the biggest cholera outbreak since 2008 when 4000 people died and more than 40,000 were treated for this disease, according to ministry of health data.