Haiti has begun evacuating residents from high-risk areas as Hurricane Matthew threatens widespread damage, with flash floods and winds of up to 240km/h, forecasters say. 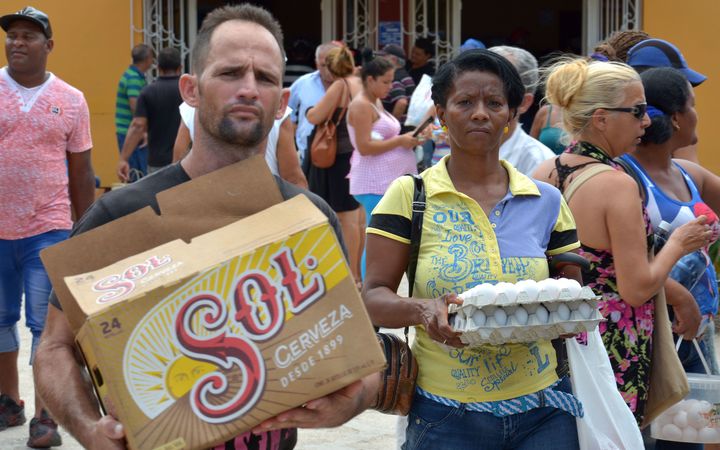 Residents buy groceries ahead of the arrival of Hurricane Matthew in Holguin province, Cuba on Sunday. Photo: AFP

The strongest hurricane in the Atlantic in almost a decade is expected to hit Haiti and Jamaica on Monday (US time), the US National Hurricane Center said.

Residents have been stocking up on emergency supplies and Jamaican Prime Minister Andrew Holness has urged citizens to make preparations.

The category-four hurricane is expected to bring up to 64cm of rain, which could trigger life-threatening landslides and floods, according to forecasters.

In the Jamaican capital Kingston, supermarkets were crowded with people looking for canned food, water and flashlights.

"It has been chaos from morning," said Melain Azan, a shopkeeper.

"We have been [selling an] unbelievable amount of kerosene lamps, flashlights, battery radios, plastic containers, tarpaulins, candles - you name it."

Officials have warned the high winds could batter Jamaica's main tourist areas including Montego Bay in the north.

In Haiti, the poorest country in the Americas, residents from outlying islands have been evacuated, and officials have banned boating.

The hurricane is expected to cause up to 101cm of rain there. 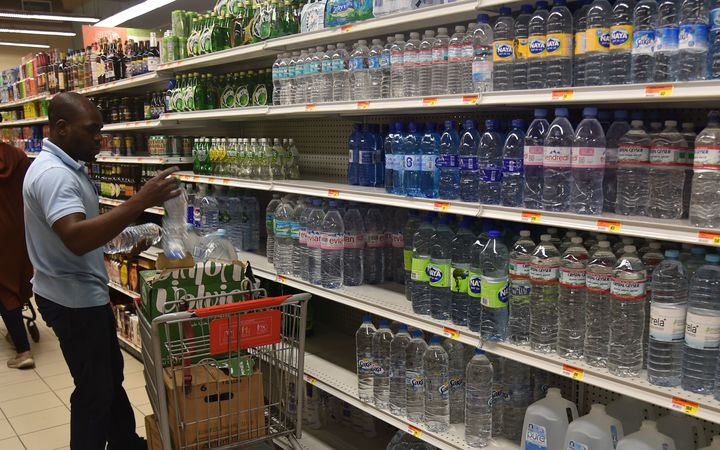 A worker fills shelves with water bottles at a supermarket in the commune of Petion Ville, in the Haitian capital Port-au-Prince. Photo: AFP

Hurricane Matthew is expected to hit Cuba on Tuesday, potentially reaching the colonial city of Santiago de Cuba and the US Navy base of Guantanamo Bay.

An evacuation of non-essential personnel was under way at the base and everyone remaining there was being told to take shelter, the navy said in a statement.

There are about 5500 people living on the base, including 61 men held at the detention centre.

Matthew is the strongest storm in the region since Hurricane Felix in 2007. It briefly reached the top category of five on a scale of intensity, before weakening slightly.