Hurricane Hermine has killed one person and caused severe damage along the Florida's northern Gulf Coast. 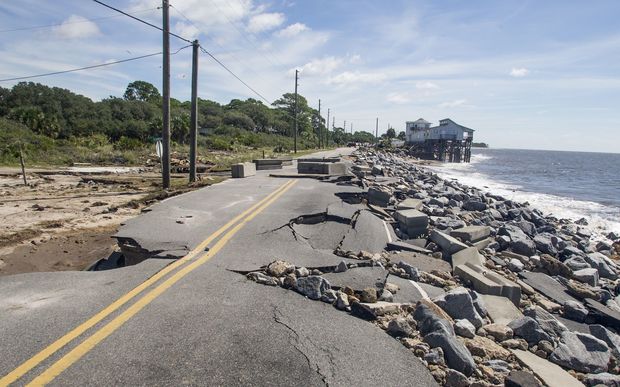 Hermine made landfall as a Category 1 hurricane, with sustained winds between 119km/h and 153 km/h, but has weakened back to a tropical storm.

As the system pushed into Georgia, it knocked down power lines leaving more than 250,000 homes and businesses without power.

Gusts of 130km/h caused storm surges that flooded part of the coast. 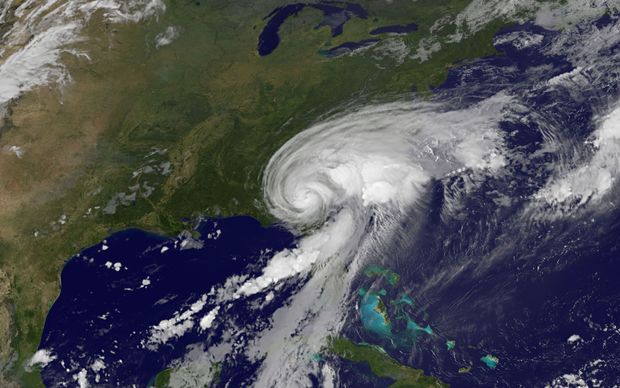 The US Coast Guard also warned boaters and swimmers along the New York and New Jersey coasts to use caution in what is expected to be rough surf and hazardous rip currents this weekend.

In the town of Cedar Key, waters rose more than 2.9m, among the highest surges ever seen according to the US National Weather Service.

The hurricane has brought floods to low-lying areas and raising concerns about the spread of the Zika virus due to the massive pools of standing water left behind. 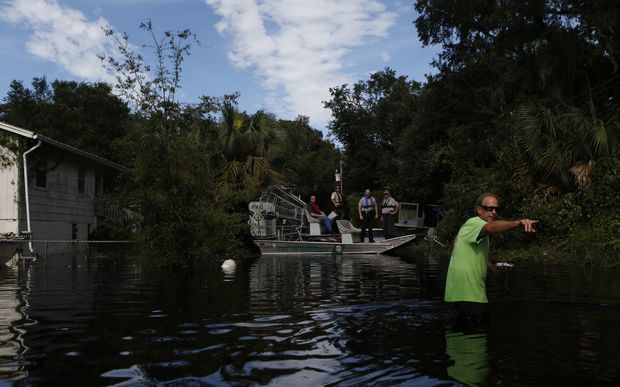 A resident points back to his home as he speaks with law enforcement officers using an airboat to survey damage around homes from high winds and storm surge associated with Hurricane Hermine. Photo: AFP

The first hurricane to make landfall in Florida in a decade, Hermine came ashore just south of the capital of Tallahassee early on Friday, local time.

People there were urged to move to higher ground to avoid flash floods, and at least 70,000 homes were without power at one point, affecting 60 percent of people in the region. 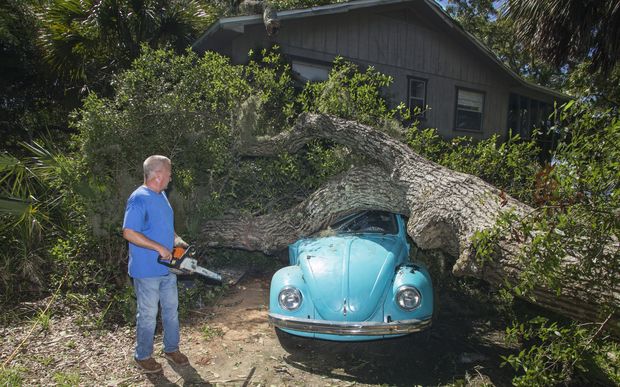 Tom Reams looks over a tree on top of his 15 year old daughter's Volkswagen Beetle and house cause by the wind and storm surge from Hurricane Hermine at Alligator Point Photo: AFP

Governor Rick Scott had earlier declared a state of emergency for 51 counties across the state.

Weather officials predict Hermine could bring heavy rains along the East Coast in the coming days.