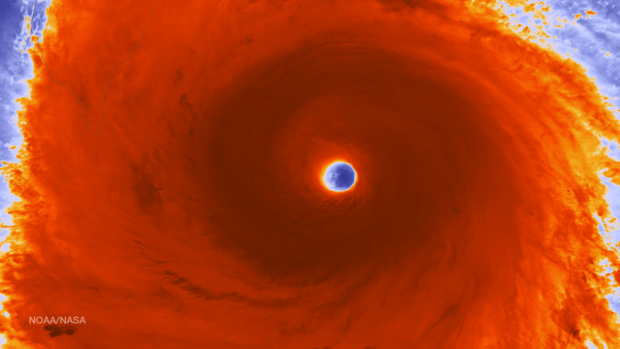 The typhoon has weakened as it heads towards China's south-eastern province of Fujian, but flooding and strong winds continue in central and southern Taiwan.

More than 15,000 people had to leave their homes as hundreds of flights and bullet trains were cancelled and offices and schools shut.

With powerful winds gusting up to 198km/h, the storm made landfall just before 6am Thursday local time, in eastern Taitung.

About 270,000 households have been affected by power cuts, a spokesperson for Taiwan's Central Emergency Operations Center said, and more than 500 domestic and international flights were cancelled.

Nearly 4400 soldiers had been deployed around the island, with 35,000 troops on standby to help with evacuations and disaster relief.

The storm has now weakened to a medium-strength typhoon, according to the island's Central Weather Bureau, and should be a tropical storm once it makes landfall in southern China.

The official China News Service said more than 4000 people working on coastal fish farms in Fujian had been evacuated and fishing boats were recalled to port.

The storm was expected to worsen already severe flooding in parts of central and eastern China, particularly in the major city of Wuhan.

Typhoons are common at this time of year in the South China Sea, picking up strength over warm waters and dissipating over land.

Last year Typhoon Dujuan killed three people and left more than 300 injured in Taiwan in 2015, and in 2009 Typhoon Morakot cut a swath of destruction through the south of the country, killing about 700 people.

Manila, the capital of the Philippines, was also badly affected by Typhoon Nepartak.

A storm is classed as a super typhoon if it reaches maximum sustained 1-minute surface winds of at least 65m/s, equivalent to a Category 5 hurricane in the Atlantic basin.